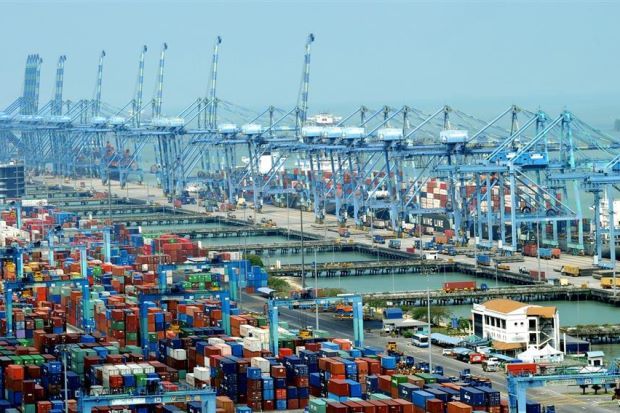 PETALING JAYA: Malaysia’s trade surplus for July is expected to narrow as import growth for the month in review would likely have picked up pace.

According to the median forecast in a Bloomberg survey of 12 economists, the country’s July trade balance will be reduced to RM7.8bil, after coming in at a 15-month high of RM9.9bil in

Economists said the rebound in the export growth for July would likely be driven by the recovery in commodity prices and shipment of electrical and electronics (E&E) goods.

“Commodity prices were stronger in July so that would help in terms shipments of crude palm oil and liquefied natural gas, while E&E exports would be supported by continued growth in global semiconductor sector,” one economist with a local bank told StarBiz.

“Imports would likely expand in tandem with export growth after seeing a sharp growth deceleration in June,” he added.

In tandem with the moderation in export growth, imports of intermediate and capital goods also moderated, while imports of consumer goods fell due to stockpiling done ahead of seasonal demand during the fasting month.

On a positive note, the country’s trade surplus in June expanded to RM9.9bil – the highest since March 2016 – from RM5.5bil in the preceding month.

In an earlier report, CIMB Research already pointed out that the lull in June’s trade was temporary.

“We expect a rebound in trade in July, as economic activity picks up after the festive period,” the brokerage said in its Aug 4 report, noting that June trade numbers were influenced by seasonal distortions surrounding the fasting month of Ramadan and Hari Raya, which fell 12 days earlier this yea

In total, export and import growth for the six months of 2017 stood at 21.2% y-o-y and 23.7% y-o-y respectively.Trade surplus totalled RM43bil in the first half of 2017, compared with RM41.8bil in the corresponding period last year.

“We reiterate our full-year gross export growth forecast of 15.3% for this year, compared with 1.1% in 2016, which implies a more moderate growth in the second half of this year,” it said.

“In line with our estimate, exports will remain growing at solid pace this year. Synchronised economic performance in both major and emerging economies is a boost for trade,” the brokerage pointed out in its Aug 4 note.

“Gradual improvement and stability in commodities prices is another positive catalyst that will elevate Malaysia’s trade performance in 2017,” it added.