The Federal Land Development Authority (Felda), which has aborted plans to operate estates in Brazil, is now focusing its expansion efforts on West Africa, in countries such as Cameroon and Liberia. 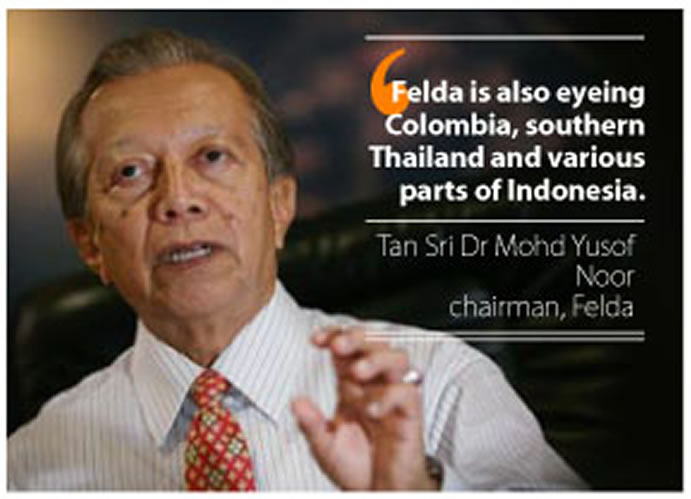 “We might start planting an initial 100,000ha and if there are no trouble we can increase the hectarage. But all is under feasibility study right now,” Yusof told reporters at Felda’s headquarters in Kuala Lumpur recently.

Felda announced last month that it was unable to proceed with oil palm estate ventures in Brazil due to technical problems.

“The payback period is too long and we received protests, which are unhealthy to the company, accusing us of polluting the air when in reality somebody else wanted the land to grow soyabean. So it is wiser for us not to proceed,” said Yusof.

On another note, Yusof said Felda is also beefing up cooperation with other government agencies which have similar or related businesses. Source: Business Times by Zaidi Isham Ismail