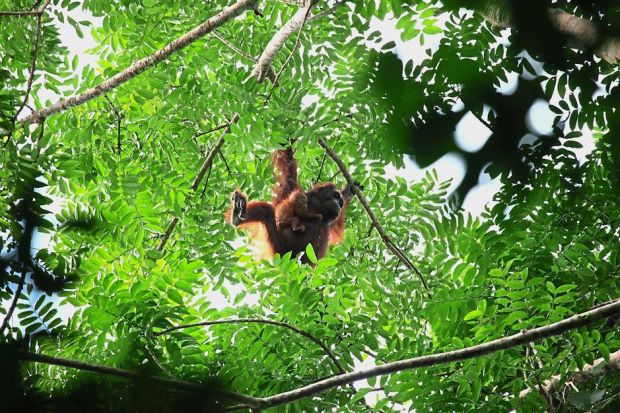 CHRISTMAS for the United Kingdom’s supermarket chain Iceland is being welcomed with a major campaign discriminating against palm oil. Craftily partnering with Greenpeace, they have leveraged the “Rang-Tan” video as an Iceland supermarket promotional gimmick against palm oil. Their stated goal – to have this advertorial extensively played on British commercial television networks.

Clearcast, the British commercial television networks’ advertising watchdog, has ruled that the Iceland-Greenpeace video clip was in breach of the UK Advertising Codes as it contravened the prohibition on political advertising. In this case, it was clearly against the oil palm small farmers in producing nations.

As the minister responsible for the Malaysian palm oil industry, I welcome this decision from Clearcast despite the intense online anti-palm oil campaign. We welcome the debate on palm oil but insist that we too must be given a desirable platform to challenge the discriminatory and unsubstantiated accusations.

Iceland’s Richard Walker states that they are not anti-palm oil but are against deforestation. We find this rather comical since he withdrew palm oil from his in-house branded products, which we must assume had dismal sales. He is not prepared to do the same on other more established brands that contain palm oil as part of their formulation.

His grilling by English journalist and television presenter Piers Morgan during an interview was an eye opener; Morgan was better equipped with verified facts on palm oil.

The combative attitude of the Iceland-Greenpeace collaboration is despicable and lacked credible facts.

Malaysia increasingly subscribes to Certified Sustainable Palm Oil (CSPO) and has voluntarily adopted internationally-accredited sustainability standards. In addition, Malaysia has mandated certification of all of its palm oil supply chain by December 2019 through the Malaysian Sustainable Palm Oil (MSPO) standard. When the January 2020 Amsterdam Declaration kicks in, all palm oil exports to Britain and Europe will be certified palm oil. Our question is whether British and European entities will willingly pay the premiums for CSPO.

These certification systems already demand and extract a “No Deforestation” principle, which is now increasingly adhered to by palm oil producers. The Malaysian government is moving strongly towards better environmental control and I have personally made a declaration that no new forest lands would be converted to plantations.

Factor this to our forest statistics. We pledged at the Rio Earth Summit 1992 and still maintain at least 50% forest cover. Britain and Europe do not have similar forest retention commitments nor forested areas.

Iceland and Greenpeace conveniently ignored these facts. They tugged on emotional heartstrings using the orang utan, claiming that 25 of these magnificent animals are dying daily because of palm oil. This is a blatant lie, and we dare them to produce evidence in Malaysia for this claim. Come and debate this openly with our wildlife authorities. Malaysians are neither ignorant of nor willing to sacrifice our orang utan, our own God-given heritage.

Today, the orang utan native to Sabah and Sarawak are fully protected and we have stable population numbers. Efforts to conserve these magnificent animals are well advanced and generating the desired results. What better endorsement for our orang utan conservation efforts than the recent announcement from the Chairperson of the UK Orang Utan Appeal, Sue Sherwood, when they pledged supportive funding of RM1mil (US$250,000) towards our special conservation team, the Sabah Wildlife Rescue Unit which is fully funded by the Malaysian Palm Oil Council.

While Iceland and Greenpeace blare their horns and shamelessly assume a combative stance against palm oil, they have not made any efforts to contribute towards orang utan conservation although funding is much needed.

Iceland Supermarket’s actions, unfortunately, are not isolated. The palm oil industry has been targeted repeatedly through such neocolonialism efforts. We have produced higher quantities of CSPO but, sadly, the uptake from British and European entities is far less than previously promised. We find that there is a constant deferment of their commitment dates. As a result, producers, including smallholders, are questioning the overall rationality of the CSPO.

Iceland is one of those entities who find it easier to announce a ban on palm oil products rather than commit to sustainable palm oil and go the full mile in explaining the benefits to their customers. Stooping so low during the Christmas shopping spree is really saddening, especially when the livelihood of our small farmers is negatively impacted. This must stop. Even Morgan said that other edible oil commodities flaunted as substitutes for palm oil could in fact be more damaging to the environment.

Overall, I call for an end to this confrontational stance, not only from Iceland but others as well, against palm oil that feeds billions around the globe at a very affordable price. We need to come together and debate and resolve all differences based on facts and not emotions. Malaysia’s current environmental commitments, sparked by our new government and its actions, will speak for the wellbeing of our future.

All About Palm – Knowledge Sharing Session With Multimedia University, Cyberjaya 2019