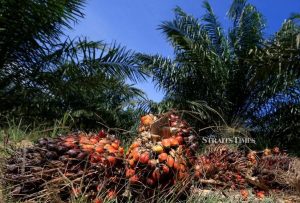 Indonesia says it may exit the Paris climate deal if the European Union goes ahead with a plan to phase out palm oil in renewable transportation fuel.

JAKARTA: A senior Indonesian minister warned on Wednesday Southeast Asia’s biggest economy could consider exiting the Paris climate deal if the European Union goes ahead with a plan to phase out palm oil in renewable transportation fuel.

Indonesia, the world’s biggest palm oil producer, has lashed out at the EU after the bloc classified palm oil as a risky crop that caused significant deforestation and ruled that its use in renewable fuel should stop by 2030.

Speaking at a palm oil forum, Luhut Pandjaitan, the coordinating minister overseeing maritime and natural resources, said the EU “should not underestimate Indonesia” and pledged the government would firmly defend its national interest. Palm cultivation is often blamed for deforestation and destroying the habitat of endangered animals such as orangutans and Sumatran tigers. Indonesia’s government,
however, says palm requires far less land to produce oil compared to crops such as soy and rapeseed. “If the U.S. and Brazil can leave the climate deal, we should consider that. Why not?” Pandjaitan said. Under the Paris climate accord, Indonesia has committed to reducing its greenhouse gas emissions unconditionally by 29 percentand conditionally by 41 percent by 2030.

On Tuesday, the government said it plans to adopt sustainable economic policies which could help cut greenhouse gas emissions while boosting economic growth. “The U.S. was not sanctioned at all by the EU (after leaving the Paris accord),” said Peter Gontha, special staff at Indonesia’s foreign ministry. He also said Indonesia faced EU pressure over palm oil despite the government declaring a moratorium on permits for new estates. Indonesia claims palm is being discriminated against by the EU to protect the market of European oils such as sunower and rapeseed oils.

Indonesia has said it is preparing to challenge the EU and its Renewable Energy Directive (RED II) at the World Trade Organization as soon as it is implemented. The government is also examining its relations with EU members which support the act. EU delegates for Indonesia and Brunei have said the bloc is complying with WTO rules and continues to be open for discussion with Indonesian government over the issue. Earlier this week, and Indonesian Trade Ministry offcial urged palm companies to log legal action of their own over the issue at courts. –Reuters