As Malaysia continues to gain prominence on the world economic stage, the country is increasingly confident about palm oil’s place in its economy. Its Economic Transformation Program (ETP) expects the sector to generate about $54 billion in revenue by the year 2020. Today, this Southeast Asian nation accounts for 39 percent of total world palm oil production, and 44 percent of world exports second only to neighboring Indonesia. 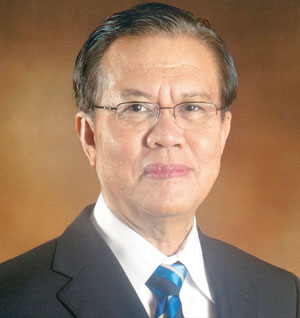 “It is the oil of the future,” said Tan Sri Datuk Dr. Yusof Basiron, CEO of the Malaysian Palm Oil Council. “It carries its own credentials of environmental friendliness, efficient land use and job creation and its social benefits are tremendous.

“Our farmers are benefitting greatly from increased awareness about palm oil’s varied uses,” he added. “We are proud custodians of their interests and the industry’s continued growth. ”

World demand is expected to require double the current production of commodities including oils and fats by 2050, and Malaysia plans to continue to take center stage in the international supply chain in this sector. “Other sources of edible oils will not be able to expand so easily, as they are land intensive,” explained Tan Sri Yusof. “The responsibility will fall on palm oil, which is land efficient.”

Malaysia’s strong land conservation policy has contributed greatly to the sustainability of the country’s forests. At the Rio Summit in 1992, Malaysia made a pledge to keep at least 50 percent of its land as forest cover, a commitment that has paid dividends for a nation on the verge of its status as a high-income economy. “We shoulder 36 percent of the production of oils and fats using only five percent of the land used by the oilseed industry,” he explained.

“Many countries use extensive portions of land in order to maintain their growth rate,” added Tan Sri Yusof. “Malaysia can do the same thing by only using 24 percent of its land for agriculture. “

In recent years, palm oil has emerged as a healthy and versatile alternative to traditional edible oils, as well as conventional sources of energy. “The American Food and Drug Administration has recognized palm oil as a cholesterol-reducing natural material,” said Tan Sri Yusof. “This is an important selling point for the industry.”

Rich in vitamin E, palm oil boasts potent antioxidants and carotenoids such as beta carotene, which boosts the body’s immune system and may help reduce the risk of cancer and heart disease. The absence of transfats is another health benefit emphasized by the industry. 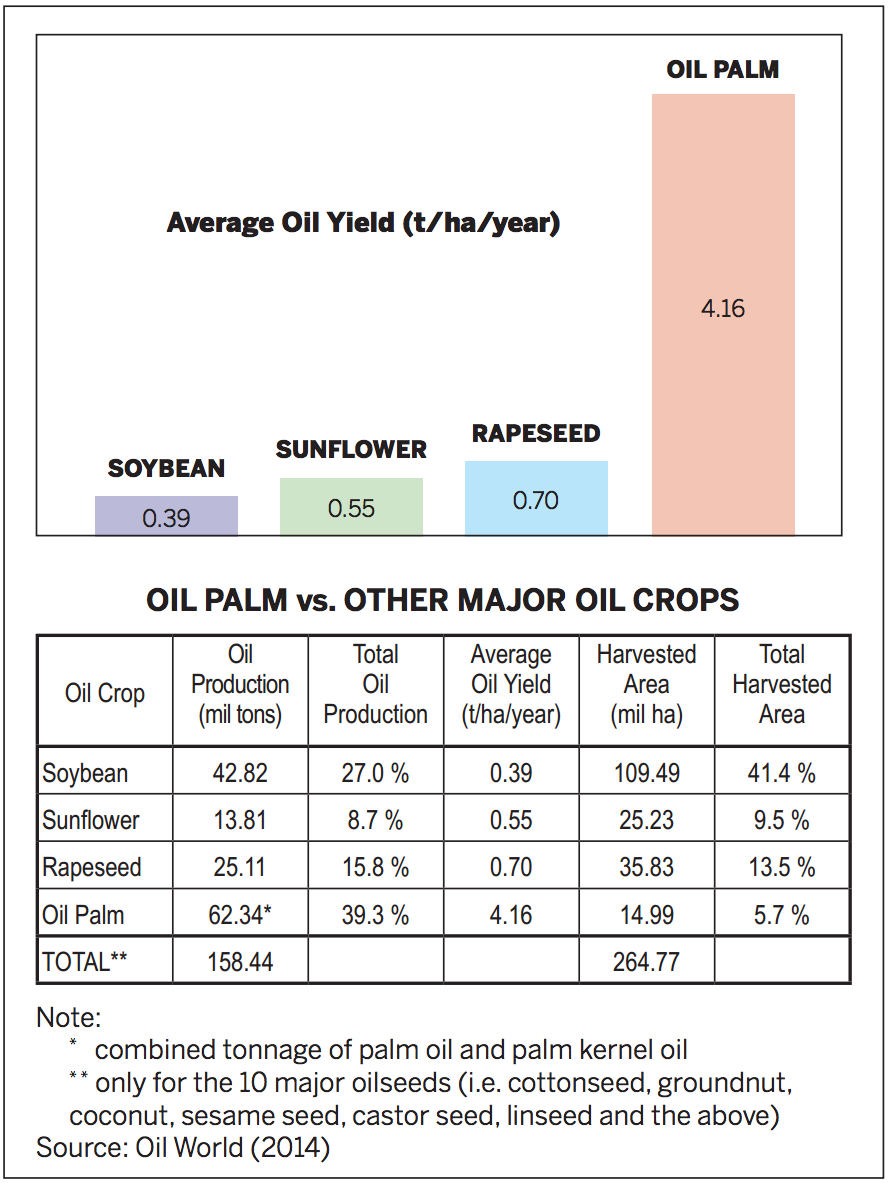 Looking ahead, Tan Sri Yusof is aware that value-addition and discovery are foremost priorities. “Production of the oil produces a large amount of biomass, ten times more than the volume of palm oil itself,” he explained. “This opens up opportunities and generates new biomass-based industries poised for commercial applications.”

The high price of petroleum has also led to an upward trend in international interest in biodiesel and biofuel. Unlike fossil fuels, these are carbon-neutral.

Japanese businesses in particular have continued to be key drivers in exploiting the diverse and sustainable uses of palm oil in industrial applications and consumer products. Inks, adhesives and cosmetics are just some of the segments that have benefitted from this natural renewable raw material.

“The Malaysian palm oil brand is very strong,” concluded Tan Sri Yusof. “We have a good track record. We will be able to supply the world’s food and energy demands, as well as contribute to the environment, for years to come.”

This article was published in The Japan Times on August 29, 2014.