The campaign against palm oil by II Fatto Alimentare, AltroConsumo and Coldiretti is based on falsehoods and smears.Malaysia is a good friend of Italy, and MPOC asks the Italian Government to publicly reject this malicious and mean-spirited campaign,which is devoid of scientific accuracy.

The allegation that has been made, that Malaysia is deforesting rainforests and destroying wildlife is manifestly and demonstrably false. The Malaysian Government has committed to protecting at least 50% of land area as forest – a bold and far-sighted environmental commitment that no other country has matched, including Italy.

This commitment by Malaysia has been recognized by the United Nations, and the World Bank, among others.Malaysia is committed to a balanced policy that allows for both land development for agriculture (such as palm oil) and forest protection. Palm oil covers just 0.3% of the world’s agricultural land, and has the highest yield of any oilseed crop. This incredible productivity of agriculture allows more forest land to be conserved and protected, and allows poor countries to develop.

The CEO of MPOC, Dr Yusof Basiron, issued the following statement on the environmental superiority of palm oil:

Palm oil is the most land-efficient, most productive oilseed crop in the world. Sunflower oil, colza and soybeans for example, all use substantially more land to produce oil: this is a scientific fact. This fact illustrates that palm oil is the superior oil in relation to land conservation, and is also superior in relation to efficient food production.

Malaysia’s forest protection regime is one of the best in the world, as recognized at the United Nations’ Earth Summit. The attempts to tell untruths about Malaysia’s environmental record are shameful and dishonourable. This campaign by Coldiretti, and Beppe Grillo, is unscientific and an insult to hundreds of thousands of Malaysian families who cultivate palm oil

Recent articles promoted by protectionist interests in the Italian media have claimed that palm oil has negative health qualities. Unfortunately, these articles are misleading and misinforming Italian consumers. Palm oil – like all oils – is a healthy component of a balanced diet. Multiple researchers and experts across Europe have confirmed that palm oil is safe and should not be feared.

A recent study from the French Foundation for Food & Health, explained that palm oil is not hazardous, and the amounts consumed in Europe are perfectly normal. The study also praised palm oil’s role in reducing trans fat consumption in Europe.

Similarly, a study in 2014 from the Mario Negri Institute for Pharmacology in Milan, published in the prestigious American Journal of Clinical Nutrition, authored by Drs Elena Fattore and Roberto Fanelli, confirmed this point. The study found no evidence that palm oil is harmful.

Palm oil is a rich source of carotenoids, a natural phytonutrient with pro-Vitamin A and antioxidant properties. It has 15 and 30 times more carotenoids than carrots and tomatoes, respectively. Palm oil is also one of the richest sources of tocotrienols and tocopherols, which are Vitamin-E, and have been proven anti-cancer properties and prevent neuro-degeneration.

The red color of unrefined palm oil is due to its high content of carotenoids, approximately 500 mg/kilo, compared to less than 100 mg/kilo for other vegetable oils. The French Institut de Recherche pour le Developpement has conducted research on using palm oil to tackle Vitamin A deficiency in developing countries. According to the World Health Organization, Vitamin A deficiency afflicts more than 250 million children throughout the world, and which kills between 125,000 and 250,000 children annually.

The CEO of MPOC, Dr Yusof Basiron, issued the following statement on the health and safety of palm oil:

It is important that consumers in Italy are told the truth, instead of scare mongering by Il Fatto Alimentare, Beppe Grillo and Ermete Realacci. Palm oil is a healthy, natural oil that is consumed by billions of people worldwide. 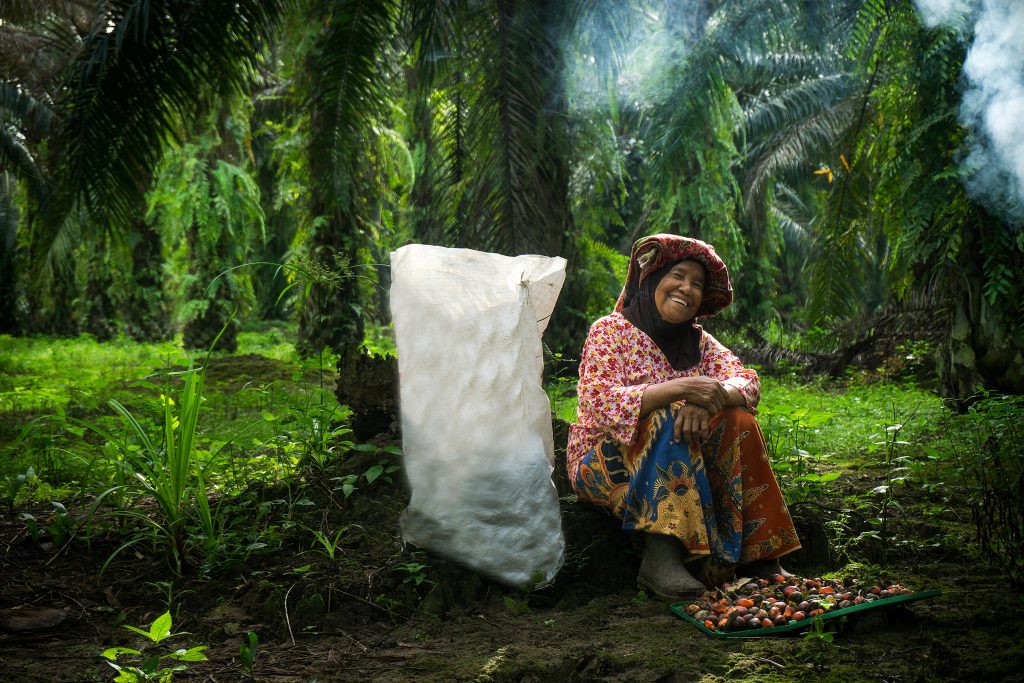 It is prescribed as an edible fat for human consumption in the FAO/WHO Codex Alimentarious standards. It is a standard food ingredient, and is recognized by scientists as extremely valuable due to being 100% free of dangerous trans fats. Attempts to smear palm oil are both untrue and misleading

Malaysia is the world’s second-largest producer of palm oil, and is a major exporter of palm oil to Europe, including to Italy. The Malaysian Palm Oil Council (MPOC) represents the interests of palm oil growers and small farmers, in Malaysia.

40% of all palm oil plantations in Malaysia are owned or farmed by small farmers, who have benefited from oil palm cultivation as a route out of poverty in the rural communities. Palm oil has been a major factor in Malaysia reducing poverty from 50% in the 1960s, down to less than 5% today. Today, the palm oil industry is one of the nation’s largest employers, directly employing more than 570,000 people, with another 290,000 people employed downstream.

According to respected economic analysts Europe Economics, palm oil contributes substantially to the Italian economy. 14,000 jobs in Italy are dependent on palm oil imports; palm oil contributes 500m EUR in tax revenue to Italy; and over 1bn EUR in Italian GDP is attributed to palm oil.