Palm Oil – How It Has Helped the Orang Asli Community to Improve Their Livelihood and Impacted Better Rainforest Management: A Case Study of Temiar Tribe in Ulu Kinta, Ipoh, Perak, Malaysia.

Palm oil plantations have been labelled as a major contributor towards deforestation and biodiversity loss in the tropical regions. Besides loss of biodiversity, oil palm plantations have sometimes also been associated with indigenous people (Orang Asli in Malay language) rights and issues in Malaysia(1). Conflict in Sarawak has been used as an example to attack Malaysia’s palm oil industry as a whole. Issues in Perak(2) were also used to wrongly portrait the palm oil industry. On the contrary,  studies conducted in Malaysia(3)(4) have shown that palm oil can be used to improve the livelihood of Orang Asli and at the same time can assist in the preservation of  the rainforests.

A study was conducted by Institut Darul Ridzuan (IDR) in 2014 in Mukim Ulu Kinta, Ipoh, Perak and the study focused on socio-economic and environment aspects of the Ulu Kinta Catchment Area. In the surrounding catchment area, there are 4 Orang Asli settlements namely Kampung Sungai Chadak, Kampung Sungai Suloh, Kampung Makmur and Kampung Tonggang with a population of approximately 1500 people. The Orang Asli are from Temiar tribe and they still practice traditional values although the majority of them have converted to Islam. 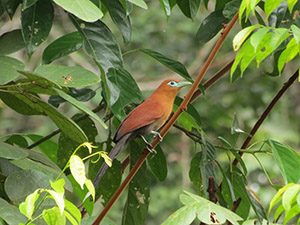 The Temiars in this area still gather non-timber products from the forest such as rattan, bamboo, herbs, petai, durian and fish from the Upper Kinta River. However, their main source of income is no longer from gathering these forest products but from working in oil palm smallholdings that they own. The forest products that they gathered are sold at the local market or to middle men who visit their villages and it is considered as extra income for the family. 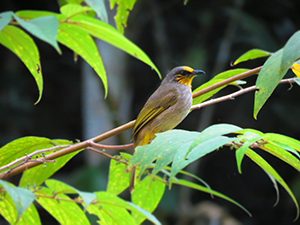 The Temiars in this area also used to practice shifting cultivation within the water catchment area. However, due to the construction of the Sultan Azlan Shah dam, they are prohibited from practicing shifting cultivation  anymore as it may cause landslides and produce siltation into the dam, thus affecting water quality in the dam. The dam provides drinking water to more than 650,000 people in Ipoh(5). The study conducted by Filho in 2013 has shown that shifting cultivation practices has major negative impact on the soil and environment; thus it is reasonable that this practice was prohibited in this area(7).

Although they are no longer allowed to practice shifting cultivation, the Temiar people were provided with an option by the Rubber Industry Smallholders Development Authority (RISDA) with 7 acres of land per family outside the water catchment reserve to be planted with rubber or oil palm. Most of them preferred to plant oil palm because of the higher price of palm oil compared to rubber, which generates more income for the family. Each family is also provided with an additional 2 acres of land to be planted with cocoa. 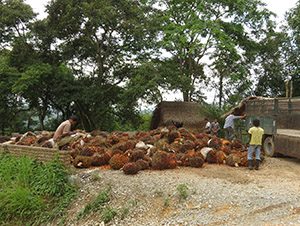 The Temiar people in Ulu Kinta are no longer fully depending on non-timber forest product as a source of income, instead they are either involved in plantation industry or work in various private sectors in nearby town. Although they are no longer fully dependant on forest resources, some of them still have their fruit orchards, such as durian and petai inside the water catchment reserve. These products are seasonal and they only harvest the fruits on a seasonal basis. These activities have minimal impact on the forest environment.60% of the Temiar people in this area now rely on agricultural activities, mostly palm oil to support their family(4) and from the oil palm smallholdings, each family can easily make between RM400-RM700 per month. They however hire workers to do the work for them these days. If they work on their plantation themselves, they can make up to RM1500 per month and this is just from the palm oil alone, not including their cocoa smallholding’s output(4). Some of them even planted their land with a variety of other cash crops such as bananas, ginger, tapioca, durian, petai and several species of herbs to generate more income for the family.  This practice is also very good for enhancing the crop biodiversity in this area. Greater variety of plant species in their smallholdings encourage a larger variety forest animal species to venture into the area to forage for food or to find temporary shelter(6).

Based on the socio-economic study conducted by IDR(4), the Temiar people are no longer practicing hunting for wild meat at all, in the catchment reserve area. They did not even collect honey for their own consumption. As a result, there are very few pressures on wildlife that live within the forest reserve which is still very rich in its diversity of wildlife species. According to the report, the Malayan Tiger (Panthera tigris) and Asian Elephant (Elephas maximus) are among the forest mammals that have been sighted in the catchment reserve area. Bird species are also abundant with more than 150 species recorded.

This case study in Ulu Kinta, Ipoh is just one example of many studies that demonstrate palm oil has actually helped the Orang Asli community to improve their livelihood. Instead of just depending on forest products which are seasonal and unreliable, they can now rely on a more stable income from palm oil.

The Temiar people in Ulu Kinta are proud of their forest and their heritage. They have expressed their high commitment to be involved in the protection of the catchment reserve by volunteering as a members of patrolling enforcement units that guard the boundaries of the reserve to prevent any encroachment activities. Perhaps, this is one way that the palm oil industry can help by contributing some funds to run the enforcement units of the Temiar community.

Overall, palm oil has helped the Temiar people in Ulu Kinta to improve their livelihood by providing them with a stable income. By spending most of their time working in the palm oil industry, the Temiar people have reduce the pressure on the forest by reducing the harvest of the forest non-timber products such as medicinal herbs and rattan. Furthermore, the pressure on wildlife has also been reduced significantly as they no longer hunt wildlife for meat. Last but not least, they have also voluntarily stopped practicing shifting cultivation since they already own 9 acres of land per family, planted with oil palm and cocoa.