THE Federation of Sabah Manufacturers (FSM) expects the entry of the Netherlands’ Port of Rotterdam (PoR) into Lahad Datu to mitigate some of the perennial problems behind the high cost of exports in Sabah.

Wong was among a 28-member Sabah delegation led by Chief Minister Datuk Seri Musa Aman, who attended the recent signing of a framework agreement between the state-owned Palm Oil Industrial Clusters Sabah Sdn Bhd (POIC) and PoR on the development of the Lahad Datu POIC port. 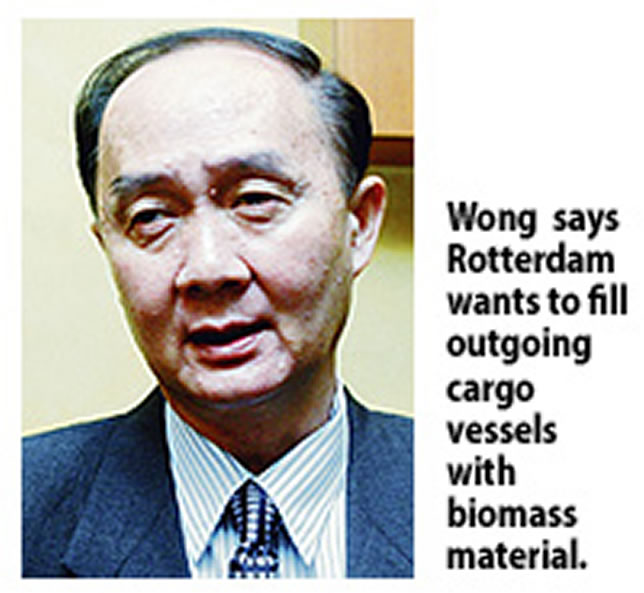 POIC has developed 465.75ha for the purpose of a palm oil industrial cluster in Lahad Datu, where the key thrust has been the development of the POIC port.

A strong advocate for the abolition of the cabotage policy, Wong said the high shipping cost is one of the stumbling blocks in Sabah’s export trade and attributed the high cost to the fact that there has not been sufficient outgoing cargo to fill up vessels that call at Sabah ports.“Ships come in full and leave empty. If we can export full, the shipping cost of exports should reduce considerably,” Wong said, adding that he learnt from PoR officials that one of their targets is to fill outgoing cargo vessels with biomass material.Wong noted that PoR has an impressive hinterland distribution network which included movement of goods by rail, barges and road.“This is of significance to Sabah’s manufactured exports, especially those destined for Europe because the more developed and efficient the hinterland distribution network, the lower is the distribution cost,” he said.Urging the Sabah state government, particularly POIC Sabah, to aggressively pursue the partnership with PoR, Wong said the potential for tripartite shipping agreements between PoR, POIC Sabah and the PoR-managed Sohar Port in Oman is potentially important to expanding Sabah’s export trade.Sohar Port aims to be the shipping gateway to the Middle East, offering a potential for Sabah to be the hub for Asia by exporting its palm oil and other products to Middle East as well as to import products from there to be re-exported to Asia.