During the review period of Jan – July 2021, the Middle East region imported 1.14 million of Malaysian. This volume was 12% higher than the volume recorded in the same period of 2020. Iran emerged as the leading importer of Malaysian palm oil with an import volume of 337,141 MT, an increase of 116% compared to only 155,486 MT in the same period of 2020. The main reason for the higher import was due to better accessibility to their market resulting for the easing of US led sanctions against the country.

North Africa imports of Malaysian palm oil during Jan – July period was recorded at 272,294 MT, which is 7.75% lower than the volume imported in the same period of 2020.   Djibouti is the main export destination of Malaysian palm oil in the region with import of 98,017 MT, 20.4% higher than the previous year. Despite higher import volume from Djibouti, it is not able to offset the decline recorded in other markets especially Egypt and Somalia, where imports went down by 8% and 51% respectively.

Imports of Malaysian palm oil by these markets were much lower, as they are struggling economically, due to poor agriculture output and income.  With the price of palm oil hovering above RM4,000?MT and the increase in other food prices, the region is struggling with their essential food purchasing. 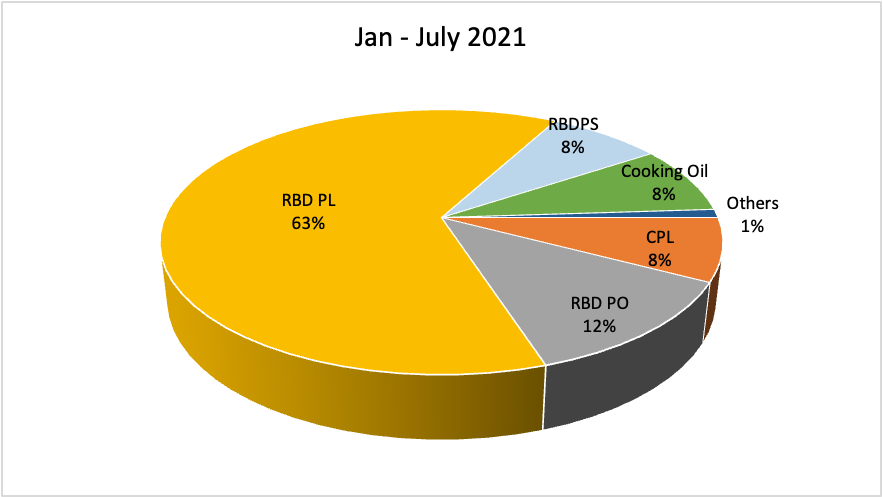