The implications of EU Resolution to the Malaysian Palm Oil Industry 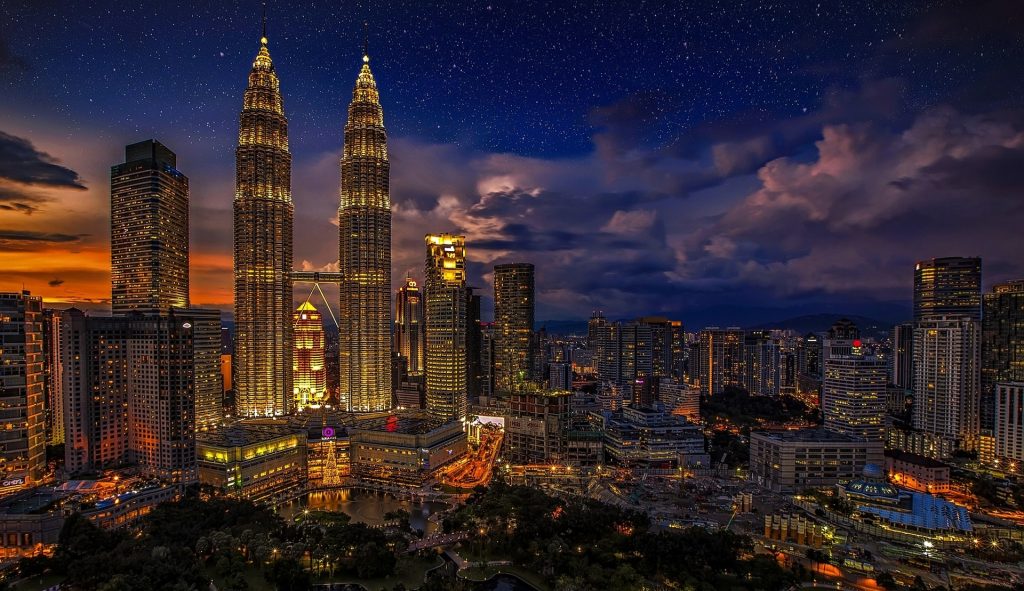 During the past six months or so, we have heard a lot about the EU Resolution and its proposal to ban palm oil into Europe. Almost every where we go, people are talking about palm oil and the proposed EU ban; from the commoner to businessmen and politicans. In many of our local programmes, people are talking about palm oil and the proposed ban. We have been asked and consulted about the fate of the palm oil industry in Malaysia if the proposed EU ban really becomes a reality.
So let us look at the EU Resolution,how it started and what it has
evolved into.The prelude was the Amsterdam Declaration1 signed on
7 December 2015,between six EU countries, namely Denmark, France, UK, Germany, Netherlands and Norway.

These signatories, declared themselves as supporters for 100% Sustainable Palm Oil in Europe and also declared their intention to end illegal logging and deforestation by 2020.

While we agree with some of the elements of the ENVI Report, we totally oppose the claim that oil palm is a major cause and driver of deforestation. The claim is baseless and not fully substantiated. Furthermore, a recent studies by the Union of Concerned Scientists3 showed that the main driver of deforestation is the beef industry and not oil palm. In their study, they showed that 71.2% of the global 5 billion hectares agricultural land are used by the cattle industry; whereas oil palm only occupies a meagre 0.31%.

Malaysia is the second largest producer of palm oil after Indonesia. It has a total land area of 32.98 million hectares, of which 18.11 million hectares or 54.9% of the land area are still covered with forest and green cover. Todate, the total oil palm planted area in Malaysia stands at 5.81 million hectares, and a policy is in place to cap this to 6 million hectares. There has been a lot of false claims that the expansion of oil palm areas in Malaysia will be at the expense of forest. This is not completely true. Expansions are also attributed to conversion of land use from other crops such as rubber, cocoa, tea and to some extent rice to oil palm. Since 1975, there has been a steady decrease in the growth rate of oil palm planted hectarage in Malaysia, from 87% during the 1975-1985 period to only 3.1% in 2005-2017 period. There will be little or no further growth when we reach the cap of 6 million hectares.

When the EU MEPs endorsed and voted for the ENVI Report on Palm Oil and Deforestation of Tropical Rainforest in April 2017, what does this mean? Following the endorsement, they have lined up several action plans to stop deforestation. Firstly, they planned and proposed to ban the use of non-sustainable vegetable oils for biofuels by 2020. They also proposed that only sustainable palm oil certified by a single EU-sustainability certification scheme will be allowed to enter EU after 2020. Then they moved to propose to completely ban food-based vegetable oils for biofuels by 2030.

There after,  the EU Parliament went on to the vote again on 17 Jan 2018. This time on the amendments on EU Renewable Energy Directorate II which coincidentally was also covered within the EU Resolution. This time around the recommendations were very direct and clear. Palm oil was singled out! Palm oil-based biofuels will be completely banned by 2021. Probably as a pacifier, other crop-based biofuels will be capped at 7% but will be further reduced to 3.8% by 2030. The question is, with all the goodness and advantages it has, why is palm oil being singled out? How about other vegetable oils? Is this a form of discrimination? Some even called it as Crop Aparthied.

Decisions made by the MEPs on 17 Jan 2018 sent a very strong signal to all palm oil producers especially Malaysia and Indonesia. Since then, both countries, either jointly or separately, lobbied the EU not to proceed with the proposed ban. Some of these actions were consultative, but some were more aggressive and confrontational.

Contrary to the MEPs, some governments of EU member states differ in their views on the proposed amendments to ban palm oil. Some are strongly against, some are supportive while others are undecisive. But one thing is for sure; the situation is very dynamic and will impact the trading landscape between EU member states and the two major producers of palm oil, Malaysia and Indonesia. From an outsider’s perspective, the proposed EU ban on palm oil appeared very orchestrated. First it started with the Amsterdam Declaration (2015), then the adoption of the ENVI Report leading to the so called EU Resolution followed by the RED II amendments. So what’s next?

Having been endorsed by the MEPs, it has now moved to the Trilogue Session between the EU Parliament, EU Council and EU Commission. If the trialogue sessions are successfull in getting the consensus to ban palm oil, it will then be adopted as an Act. On the other hand if the trilogue sessions fail, the whole process has to be repeated.

Hopefully, consensus will not be met at the trilogues. Nevertheless the palm oil producers, particularly Malaysia has to prepare for the worst. Since the palm  oil industry is very important to Malaysia’s economy, the implications of the EU Resolution could be significant. Annual revenue generated from the palm oil industry contributed to about 6% of the national GDP in 2017. For 2017, revenue generated hit RM 77.8 billion against a production of 19.92 million tonnes of crude palm oil. EU is the second largest importer of Malaysian palm oil after India. For 2017, revenue from palm oil and palm oil based products exported to EU stood at RM11 billion. From these, RM 777.7 million was from the export of 235,291 tonnes biodiesel. Thus the implication of the EU Resolution/RED II is very important to Malaysia as a country and more importantly to its people.

The first direct impact of the EU Resolution/RED II would be on the oil palm growers in Malaysia. 40% of the oil palm growers in Malaysia are small holders numbering 650,000. In addition there are about 3 million people in Malaysia whose livelihood is dependent upon the palm oil industry. Thus any negative measures taken by EU will definitely impact these people. Therefore, it is not surprising to see them taking to the streets to express their displeasure on the EU Resolution to phase out palm oil by 2021. The small holders are worried that following the proposed ban on palm oil, they may have to go back to the same situation where their forefathers came from. In the 1960s, the average household monthly income of a FELDA small holder was only about RM812 (USD 203). Now 60 years down the road, the average household income of a FELDA small holder ranges from RM3,096-6,296/month. That is almost a four fold increase. No wonder they are worried.

Secondly, the proposed EU ban on palm oil by 2021 may lead to a long term impact which can be damaging to the Malaysian palm oil industry. The action may cause a snow ball effect to other countries since it involves trust and reputation. Most of the palm oil produced in Malaysia are exported. Thus any factors that have negative influence on the export of palm oil and palm products could have a negative impact to the nation’s economy.

Nevertheless,  despite all this saga of a possible ban on palm-oil based biodiesel in EU, there are also several positive implications which may do good to the industry in the long run. Firstly, it is no longer business as usual for oil palm growers and exporters. We need to improve our strategy for a more effective communication campaign to educate consumers on the uses and health benefits of palm oil. All marketing and promotional activities on palm oil must be strategically coordinated with everyone potraying the same narrative on the sustainability as well as its benefits. Publication of scientific documents must continue to substantiate all the claims made, but more importantly each claim must be mirrored with and continuously communicated in a language easily understood by the layman. This is no longer the responsibility of a single agency or body or country. Everyone along the production value change must be involved, and not limited to a single producer country. In Malaysia, efforts are in place to produce and use the same narrative may it for the public, researchers, policy makers, corporate players or politicians. This is important since we have to continuously paint the benefits of palm oil using the same storyline supported by science and facts.

Sustainability has become the new norm in producing any agricultural produce. Non-sustainable food products may not be readily accepted in the future. Therefore we have to improve our production methods. Growers have to be more accountable for their good agricultural practices all along the production value chain. In doing so, all the three principles of sustainable production, People, Planet and Profit, must be enshrined in any production system for it to be accepted as sustainable. Thus, the decision to make Malaysian Sustainable Palm Oil (MSPO) mandatory by December 2019, will ensure that every drop of palm oil produced in Malaysia will be certified sustainable by 2020. The proposed ban by EU on palm oil mandated some sense of urgency in implementing sustainability practices. With MSPO in place, this is now taking shape at a rapid rate. The next challenge is for MSPO to obtain international recognition similar to RSPO or ISCC.

The possibility of losing the EU market has forced us to look for new outets. Previously, this may not have been a priority, but following the recent developments in EU, it is becoming more and more important. Afterall EU is often referred to as the trend setter in many decision makings, may it be business, technologies or in politics. We should be able to identify potential new markets with commendable growth rate especially “new” countries showing aggressive purchasing power.

As a producer, as long as Malaysia remains a commodity player, we will always be at the mercy of buyers, both in determining prices and demand. This limits the true potential of an agricultural produce. On the other hand, downstream activities through the development and production of novel products will be able to unleash the true potentials of an agricultural produce. Then, issues of non-compliance which are not within our control can easily be addressed. In addition, being novel, we will be in control, especially in determining prices and creating demands. By doing so, we can dictate the playing field and the players.

Although palm oil is present in approximately 71% of food products, in 24% consumer goods and in 5% energy usage, the search for new applications must continue and be more aggressive. This should be the ultimate goal of all palm oil producers.This will make palm oil indispensable!

To a certain extent, the “attack” on palm oil has seen encouraging unification among world’s palm oil producers. Indirectly this can translate into harmonization of standards and sustainable practices among producers, better price control since the practice of undercutting could be minimized and the possibility of cost sharing for promotional activities enhanced. These are just to name a few possible benefits.

There are always two sides to a coin and there are always opportunities during crisis. The issue of EU and the possible ban on palm oil, if handled tactfully and strategically could be full of advantages yet to be uncovered.