The Importance of Birds in Oil Palm Plantations in Malaysia

With almost six million hectares of land planted with oil palm, the palm oil industry plays a major role in contributing towards Malaysian revenue. In 2018, more than RM 68 billion was generated by the oil palm industry (MPOC Europe, 2020). The industry also supported more than two million people, directly and indirectly, for their livelihood (MPOC, 2019).

The six million hectares of oil palm plantation represents 17% of total Malaysian land mass. At the same time, Malaysia still maintains 53% of its land, under forest. Malaysia is one of the megadiverse countries in the world. There are 306 species of mammals, 742 species of birds, 567 species of reptiles, 242 species of amphibians and more than 150,000 species of invertebrates in Malaysia (Ministry of Natural Resources and Environment of Malaysia, 2015).

Birds play an important role in controlling pests in oil palm plantations. The most useful bird is the barn owl (Tyto alba) which is known for its capability to control rat population. There are other less popular bird species such as Magpie Robin (Copsychus saularis) and the Yellow-vented Bulbul (Pycnonotus goiavier). These two species prey on insects and therefore play an important role in insect pest control. 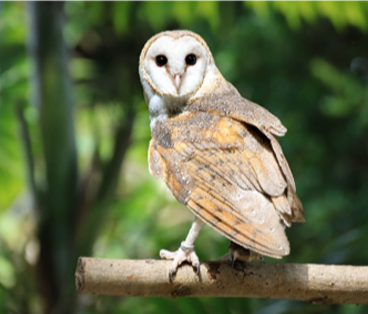 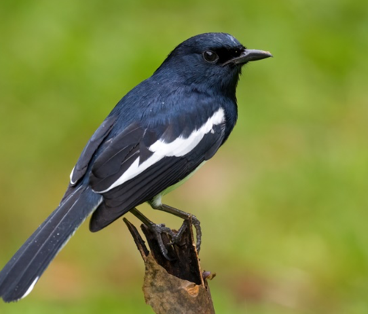 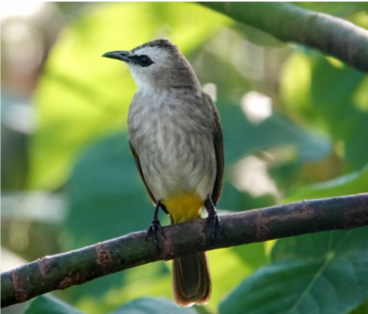 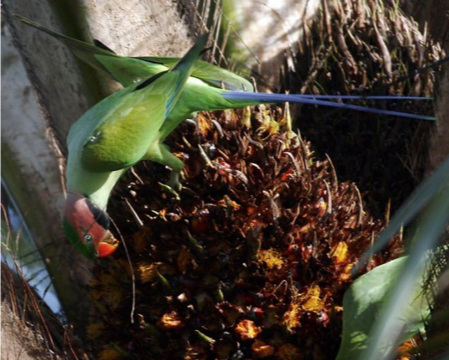 Oil palm plantation owners are encouraged to have more bird species in their estates. By having these birds in their plantations, the usage of harmful pesticides can be reduced; thus reducing cost and harmful impact on the environment. However, bird species such as the Long-tailed Parakeet (Psittacula longicauda) that feeds on oil palm fruitlets can cause some losses. Nevertheless, the damage caused by this bird is small compared to those caused by rats and insect pests.

Planters are also encouraged to allow shrubs like Indian Rhododenron (Melastoma malabathricum) to grow naturally in their estates.  This shrub produces berries that feed the birds and this will encourage them to nest in oil palm plantations. 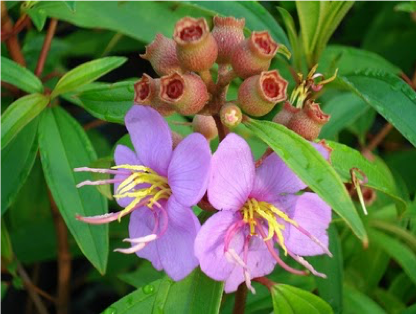 There are two major threats to birds in oil palm plantations. The first is from the use of chemical pesticides. Salim et al., (2016) found that within 30 months, a population of 40 barn owls was reduced to two. Many were found dead with bleeding from the nostrils, which is a characteristic of anti-coagulant rodenticide poisoning. He also suggested that rodenticides do not only kill owls but can also induce compromised or stunted growth.

The other threat the birds are facing is from hunting activities. Beautiful melodious species such as the Long-tailed Parakeet (Psittacula longicauda), Straw-headed Bulbul (Pycnonotus zeylanicus) and White-rumped Shama (Copsychus malabaricus) are hunted for pets. These birds provide important ecosystem services such as pest control, pollinators and seed dispersal. These birds are also protected under the national law and hunting them is illegal. 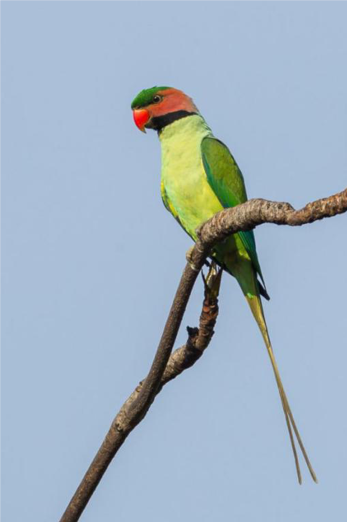 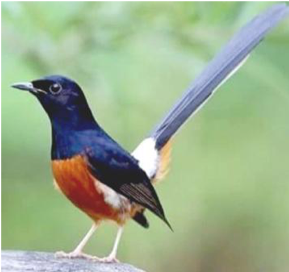 In conclusion, birds play important roles in keeping the ecosystem in balance, not just in natural forest habitat, but also in oil palm plantations. Having birds in the oil palm plantations will be beneficial in controlling pests. The birds are able to reduce dependency on chemical pesticides thus reducing costs and minimizing negative impact on the environment.