The World Elephant day is celebrated on 12th August annually. This year has been an important year for elephant conservation as the UN World Wildlife Day celebrated on 3rd of March 2016, also observed a theme “The future of wildlife is in our hands”, with a global focus on the conservation of African and Asian elephants through its subtheme. While we are seeing positive progress in tackling illegal wildlife trafficking, there is still more that needs to be done. On this World Elephant Day, we hope to see even more commitment from countries and citizens around the world to ensure the survival of this species.

Governments, law makers, enforcement officers, customs officials and park rangers across every region are scaling up their efforts to protect wildlife. Everyone including the industry players has a role in protecting wildlife and its habitat. Our collective conservation actions can be the difference between a species surviving or disappearing.

Ivory poaching for tusks is the main reason that elephants have been so heavily hunted. Elephant ivory has been used in large amounts to make billiard balls, piano keys, identification stamps and many other items for human enjoyment. Items carved out of ivory have always carried a high value and considered as collectibles and valuable treasures. Although hunting for ivory has been much more severe in Africa, there is no doubt that hunting and poaching has had an effect on the elephant numbers in Asia. In 1989, the Convention on International Trade in Endangered Species (CITES) banned the ivory trade putting hunting outside the law.

As Dr. Ahimsa Campo-Arceiz of Management & Ecology of Malaysian Elephants (MEME) likes to describe elephants as megagardeners of the forest. As the largest frugivores on earth, he describes them as eating machines and forest gardeners. They are excellent seed dispersers as they consume more fruits from more species than any other taxon of large vertebrate dispersers, defecating them over a long distances in viable conditions into nutrient – rich and protective dung. They are essential for ecosystem function in a forest. The massive physique of the elephants protects it from predators. Elephants play an important role in seed dispersal functions due to its large food requirement, broad diet, wide gape size and extensive home ranges. Every nation needs to be more informed and more involved in stopping the crime against nature. Poaching and the illegal trade in wildlife has reached unprecedented levels. UNEP claims that in the last few years, over 100,000 elephants were poached in Africa. The trend is also rampant with Asian Elephants where  also some rhino populations face extinction. Though levels of poaching have been lower in Asia, because only male Asian elephants have tusks, proportions of their population are being dramatically reduced in some regions. 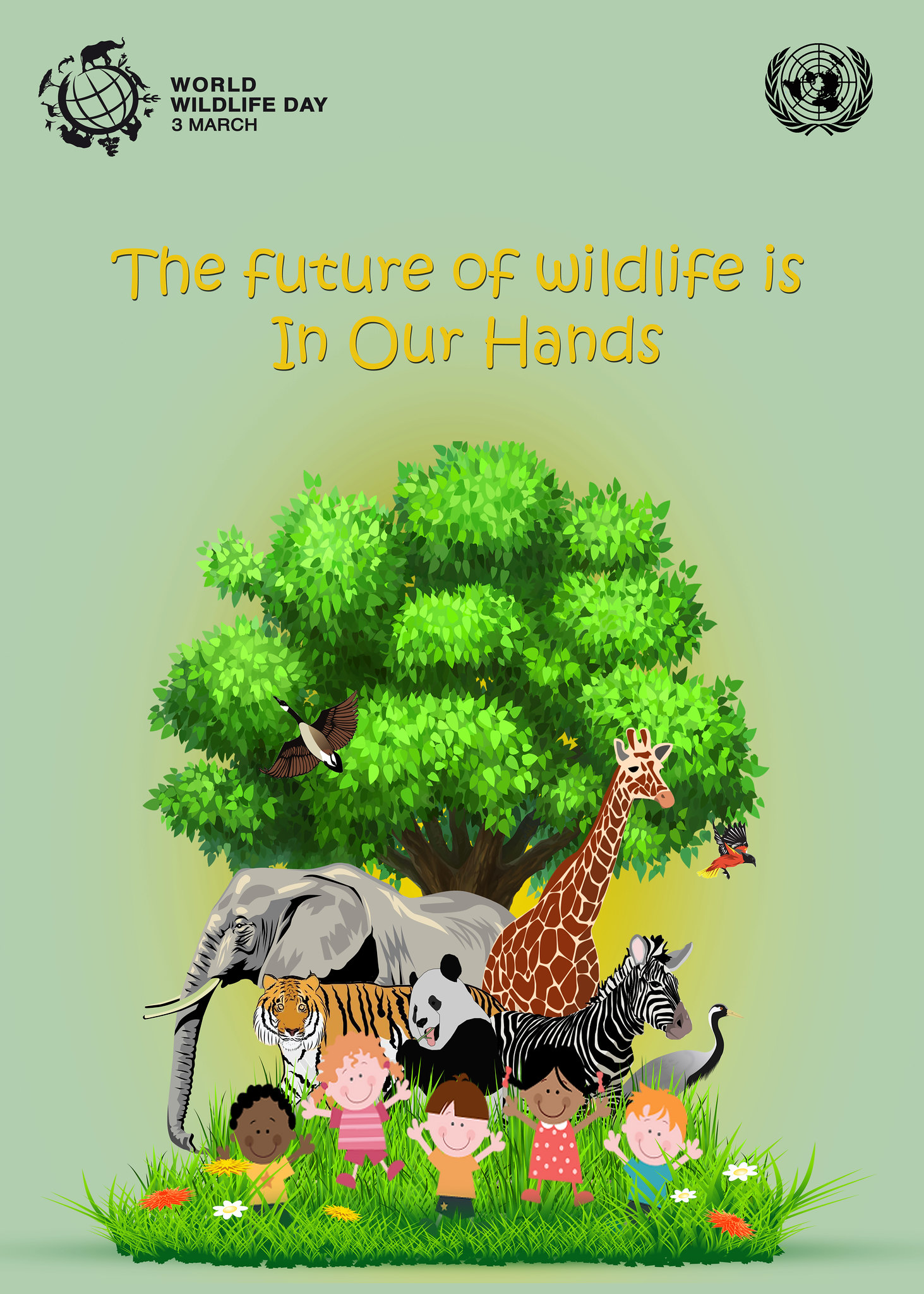 In Peninsular Malaysia, the species is still widely distributed in the interior of the country in the following States: Pahang – which might have the largest population, Perak, Johor, Kelantan, Terengganu and Kedah. The current elephant population in Peninsular Malaysia is estimated at 1223-1677 individuals (Salman S. et al. 2011).  In Borneo, elephants only occur in the lowlands of the northeastern part of the island in Sabah and adjacent parts of Kalimantan, Indonesia. In Sabah, current population estimates by Sabah Wildlife department are 2,500 elephants which are found in various ranges.

Habitat loss and fragmentation due to agriculture and development is the biggest threat to the continuing survival of Asian elephants. The main cause of the loss of the natural forest is pressure from human population growth. Human settlements and agricultural encroachment near the ranges of the elephants habitat increases the pressure on elephant habitat. Shortage of food in fragmented forests corresponds to crop raiding  and often result in damages to human settlement and agricultural crop. Elephants and humans have come in increased contact which leaves them in conflict most of the time. Wildlife populations are affected and most resulted in a severe decline in numbers. Acknowledging these concerns especially in the plantation landscapes, Malaysian Palm Oil Council (MPOC) under the Malaysian Palm Oil Wildlife Conservation Fund (MPOWCF) recently organized a Biodiversity Forum to discuss the challenges on wildlife conservation, human-wildlife conflict and acceptable mitigation measures with other stakeholders.  The “Biodiversity Forum 2016”, with the theme “Human-Wildlife Conflict Mitigation and Action in the Agricultural Sector” was jointly organized by the Malaysian Palm Oil Council (MPOC) and Department of Wildlife and National Parks, Peninsular Malaysia (PERHILITAN) at Awana Genting Resort on 23rd – 24th May 2016.

During this forum, En. Salam Saaban from PERHILITAN highlighted the situation of Human-Wildlife conflict in Malaysia. Human-Wildlife Conflict (HWC) is defined as interaction between wild animals and people which can result with negative impacts on people or their resources and on the wildlife itself as well as its habitat. In Peninsular Malaysia, the highest number of HWC involves Long-tailed Macaques followed by elephants and wild boar. He highlighted that the main cause of HWC in Peninsular Malaysia are due to human activities such as land development, poaching, improper waste management, and even the feeding of wildlife activities. The presentation may be downloaded at the following link; http://www.mpoc.org.my/Human-Wildlife_Conflict_in_Peninsular_Malaysia-_Current_Status_and_Overview_.aspx .

There is a crucial need for plantations to be actively involved in wildlife conservation and the government as well as NGOs need to provide support. During this forum, Dr. Sunarto from WWF Indonesia shed some light on the guidelines generated by WWF Indonesia for plantation operators to handle and manage wildlife within their plantation boundaries. These possible  better practices were shared with Malaysian planters and other stakeholders with some tips to understand the ecological aspect for the wildlife and its population. During this forum also, Dr. Fernando from the Centre for Conservation and Research (CCR) in Sri Lanka gave an in-depth view of elephant conservation and mitigation procedures in managing human-elephant conflicts (HEC) in Sri Lanka which has the highest density of Asian elephants with frequent Human – Elephants conflicts. The constant conflicts were overcome with practical measures and support from the community. Some of the mitigation efforts undertaken had given considerable good results which he shared during the Biodiversity Forum.
http://www.mpoc.org.my/Elephant_Conservation_and_Mitigating_HEC_in_Sri_Lanka.aspx

One of the mitigation measure which is considered to be successful in Peninsular Malaysia is electric fencing. The long term measure would be to establish larger protected areas / sanctuaries for elephants, as well as more research efforts and public awareness, especially amongst affected stakeholders. During the Biodiversity Forum 2016 also, Mr. Nasharuddin from PERHILITAN Peninsular Malaysia and Dr. Ahimsa Campo-Arceiz of Management & Ecology of Malaysian Elephants (MEME), both agreed that the electric fencing system could be the best mitigation method for the smallholders. It was concluded that more fences are needed to protect the smallholders’ plantations and orchards. Dr Ahimsa shared a report he prepared on the on the perception of smallholders to electric fencing, their involvement and concerns over funding for the establishment. This is available for download here.    http://www.mpoc.org.my/MPOC-PERHILITAN_Biodiversity_Forum_2016_%e2%80%93_Human-Wildlife_Conflict_Mitigation_and_Action_in_the_Agricultural_Sector,_22-24_May_2016.aspx .

This Biodiversity Forum 2016 gave much focus on dealing with HWC and the species which gained much attention was the Elephant. As reported in Peninsular Malaysia, Sabah also had an increased human-wildlife conflicts involving elephants. With highly trained rangers and wildlife personnel, WRU were involved in capturing and translocating elephants to wildlife sanctuaries for protection and conservation. As of 2015, WRU successfully translocated 175 Bornean elephants from conflict areas to wildlife sanctuaries. The Wildlife Rescue Unit (WRU) was established under the Malaysian Palm Oil Wildlife Conservation Fund (MPOWCF) in collaboration with Sabah Wildlife Department (SWD). The responsibilities of WRU includes rescue and relocation, research, public awareness, reduce human-wildlife conflict (HWC) and enforcement activities. With all these critical tasks conducted, it is important for the stakeholders to support WRU towards protecting and conserving biodiversity in Sabah. The role of the Malaysian palm oil industry in wildlife conservation in Sabah and the Wildlife Rescue unit is put into perspective during the forum. Click on the link for details;  http://www.mpoc.org.my/The_Role_of_the_Malaysian_Palm_Oil_Industry_in_Wildlife_Conservation_in_Sabah;_The_Wildlife_Rescue_Unit_(WRU)_as_a_Case_Study.aspx

Sabah’s first and only  Bornean Elephant Sanctuary (BES) was officially mooted on 19th September 2013. It was specifically designed to provide refuge for rescued elephants that have been injured or orphaned. The rescued elephant will be cared for and rehabilitated before being released back to the wild. The Sanctuary is located at Lot 8 of the Kinabatangan Wildlife Sanctuary covers 1,214 hectares with a proposed built-up area of 25 hectares. Construction of the full facilities is still in progress. Malaysian Palm Oil Council (MPOC) is the major and prime funder for the BES while sharing Sabah Wildlife Department’s vision for wildlife conservation. MPOC has pledged RM 5 million for the development of BES from its Malaysian Palm Oil Wildlife Conservation Fund (MPOWCF). Borneo Conservation Trust, BCT Japan and its 12 corporate partners, including Asahiyama Zoo and Saraya Corporation, have also provided RM1.6 million in funds to date.

Activities and programs during World Elephant Day concentrates in creating awareness among the general public and business corporations and calls for more funding and contribution for the protection and conservation of Elephants. On this day Malaysian Palm Oil Council shares its stories and efforts of wildlife conservation especially elephants which is made possible primarily through its Malaysian Palm Oil Wildlife Conservation Fund (MPOWCF). Other companies from industry are involved extensively in wildlife conservation with elephants as one of their iconic species. These plantation companies include Sime Darby Plantations Sdn Bhd, Kulim (Malaysia) Sdn Bhd and Sabah Softwoods Berhad. Join worldelephantday.org [connect to Link] to view the activities and the many efforts throughout the globe on elephant conservation and protection. It is a day to express our concern, share our knowledge on elephants, share our efforts and support for solutions for the better care of captive and wild elephants alike. Such events reminds us on the effort and role of every individual, organization or corporations which pushes the species away from the brink of extinction and gives hope for a better future for the Elephants and mankind.

* Malaysian Palm Oil Wildlife Conservation Fund (MPOWCF) was established in 2006 with initial fund of RM 20 Million contributed by the by the palm oil industry and Malaysian government. The fund is managed by Malaysian Palm Oil Council (MPOC). MPOC has the overall responsibility to manage the various conservation projects funded through MPOWCF. 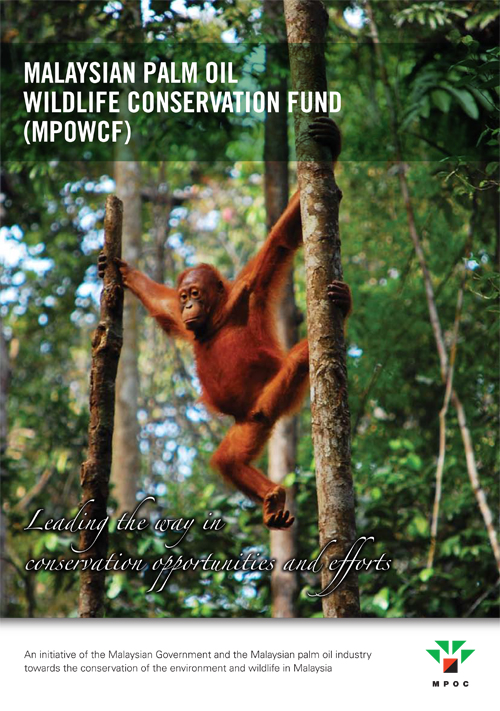