Traditionally, bread is made with wheat flour and water, with or without leavening agent (i.e. yeast). However, it is later discovered that adding oil helps in shaping bread dough, and making it more elastic, less sticky, and ultimately, easier to handle. Also, it enhances the texture, flavour, and moisture of the end product, making it more palatable. Other than that, there is one additional benefit not commonly known by bakers when including oils in their bread recipe. It helps to lower down the Glycemic Index (GI) of the bread. Let’s dig down the facts! 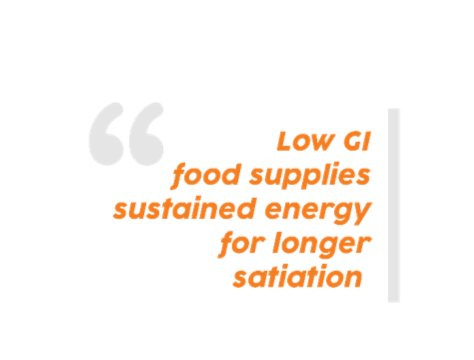 Glycemic Index (GI) is a value to measure how quickly carbohydrate-rich food is digested and the glucose (sugar) released into our blood stream will influence blood sugar levels. It can be categorised as: 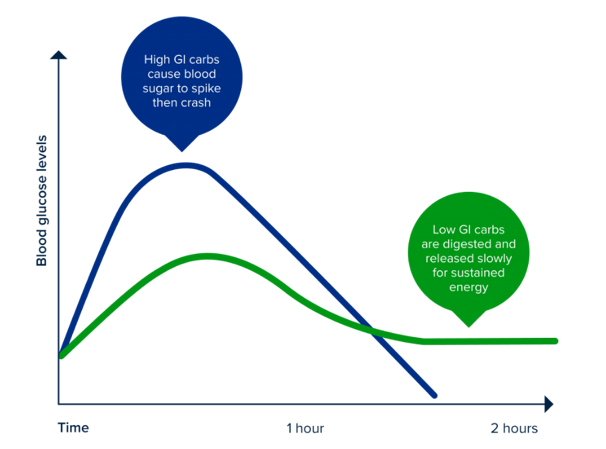 Essentially, high GI food indicates faster rate of digestion and releases of simple sugars from carbohydrates into our blood stream. Consequently, our blood sugar levels spike up quickly, and then reduce drastically within a short period of time. On the other hand, low GI food is digested more slowly, and it releases sugars steadily into our blood stream. Despite the fact that blood sugar levels usually peaks after 30 min of food consumption, it is better to have our blood sugar levels increase slowly and steadily to its peak, before gradually decreasing to the normal level. This ensure our body to have sustained energy throughout a longer period of time, inadvertently feeling more satiated and fuller for longer.

It is known that baked goods, such as bread are carbohydrate-rich food, as the main ingredient is flour. Hence, bread is often labelled as ‘bad’ or ‘evil’ food due to its high carbohydrate content, as well as high GI value (particularly refined bread – white bread with GI of more than 70). It is not recommended to consume high GI foods, such as white bread, white rice and sugar, as they are quickly digested after consumption, hence spiking up our blood sugar levels. This contributes to a sugar rush sensation. Not just that, as our blood sugar levels crash rapidly after a short period of time. As a result, we would experience a sudden feeling of hunger or craving due to the drastic changes of our blood sugar levels. This is not ideal for people with Diabetes Mellitus (including Type I and II diabetes), as this can disrupt and fluctuate their blood sugar levels easily.

Are all breads high in GI?

Well, there are types of bread that are lower in GI, which is good news for people with impaired glucose tolerance (IGT) and diabetes. These breads are mainly made from wholegrains and multigrain, such as wholemeal, multigrain, rye bread, and others. Often they have a coarse and dry texture, and are not as soft and fluffy as compared to white bread.

While these are the healthier options, they may not be as palatable as compared to white bread, due to the high fibre content. In this case, oil plays an important role in bread making process, as it aids to condition the dough and helps to retain bread moisture better, delays the bread staling process, known as retrogradation. Thus, oil also helps to extend its shelf-life. In addition, it softens the bread and also improves the flavour. More importantly, the addition of oils delays the breakdown rate of carbohydrates, and hence lowering the GI.

What type of oil or fat to use in bread making?

Generally, the purpose of adding oil in bread making process is to soften the bread dough in order to yield a softer crumb. Moreover, it helps to fortify the bread to make it more calorie and nutrient dense. Choosing oils with superior characteristics can help to produce bread that is not only lower in GI, but also higher in micronutrients.

For example, adding a small amount of Malaysian red palm oil to the bread dough can help to fortify it with provitamin A carotenoids and vitamin E tocotrienols (a natural type of vitamin E that is 60 times more powerful than vitamin E tocopherols). This can help to produce a super loaf bread that is high in antioxidants. In addition, the natural colourant of red palm oil also gives the bread a nice orange hue. It is an indication of high provitamin A (specifically beta-carotene), which is especially healthful for eyes, and can help to strengthen the immune system.

Palm-based margarine, other than being widely used in pastry making, is also an excellent ingredient in bread making due to its exceptional functional properties. It is naturally trans fat-free and comes from a vegan source. Hence it is great vegan alternative to butter to make delectable vegan breads such as brioche, cinnamon rolls and hot cross buns! 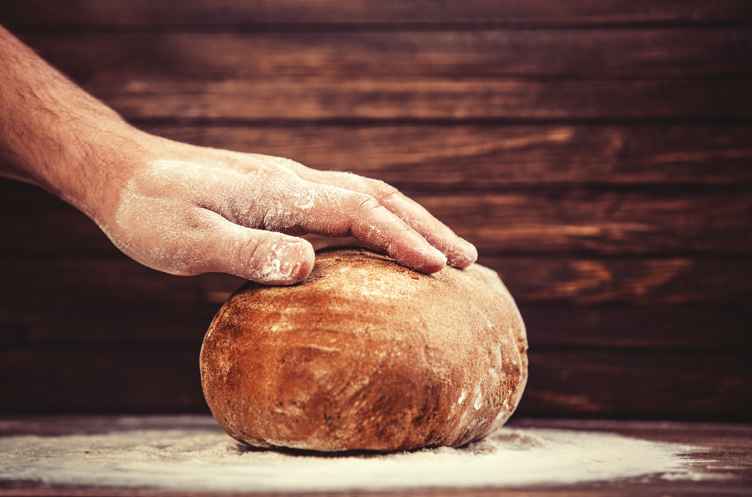 So next time when you make your own bread at home, try adding some red palm oil or palm-based margarine in your bread dough! It is not just healthier, but tasty, too!