SUBANG: The full implementation of the mandatory biodiesel blend
programme could be deferred to next year, said Plantation Industries

five sen per litre, mainly due to transport and blending costs, which

needed to be handled amicably prior to selling the fuel. 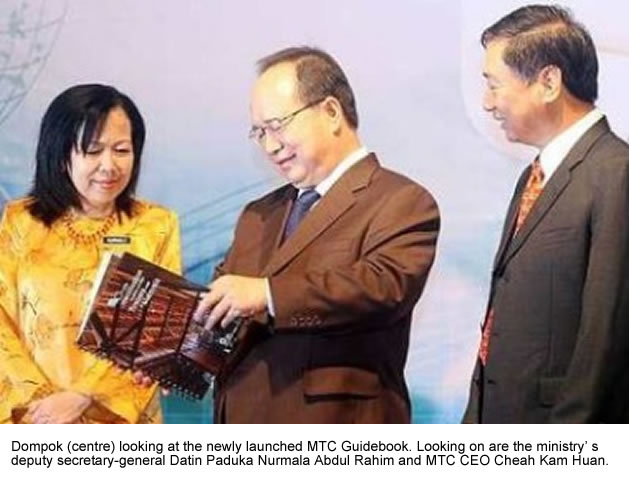 The Government has a one-off capital expenditure (capex) of about

RM200mil for the biodiesel programme but is concerned about the extra

cost and which party would absorb it.

“We don’t know whether to

pass it to consumers, petroleum companies or the Government (to absorb

it as subsidy), ” Dompok told reporters after the official launching of

Government had initially targeted to introduce the mandatory B5

biodiesel fuel programme in January this year. It is also believed that

up about 500,000 tonnes of palm oil, which is good given the current

of palm-based biodiesel per year.

biodiesel licences, only seven biodiesel plants are in operation.

Production volume, however, is under 10% of the total installed

capacity of the plants in operation.

Earlier, at the MTC

from rising operation costs to shrinking export markets. He said the