Biofuel, Supply and EU at Top of Minds as Palm Oil Players Meet 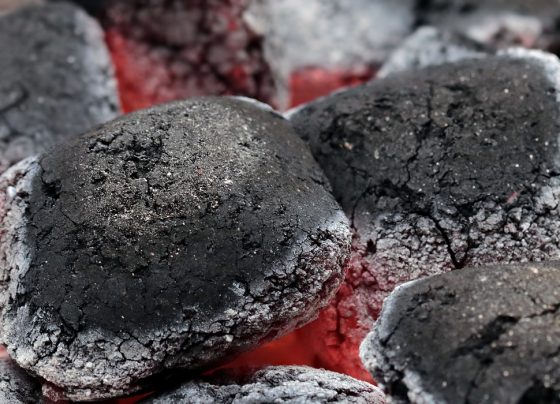 (March 4): Plans to increase the use of palm-based biodiesel, production growth, trade talks and Europe’s unfriendly policies will be the key points to watch as some of the world’s most influential palm oil traders, analysts and executives from over 50 countries gather in Kuala Lumpur this week.

The conference, which runs from March 4 to 6, features forecasts from industry heavyweights James Fry of LMC International Ltd. and Thomas Mielke of Oil World, although notably missing from this year’s speaker list is veteran analyst Dorab Mistry of Godrej International Ltd.

Here are the key topics to watch:

With both Indonesia and Malaysia pledging to ramp up biodiesel consumption, the market is looking to see how committed the top producers are in ensuring their mandates get implemented. Golden Agri Resources Ltd., the world’s second-biggest grower, said last week that increased biofuel use will be the catalyst that eventually lifts palm prices.

Market participants will want to know the progress of the use of palm oil in biodiesel, especially in Indonesia, as it’ll be vital in reducing the supply glut and steering price direction, according to Anilkumar Bagani, research head of Sunvin Group, a Mumbai-based broker and consultant for the industry. If consumption falls below expectations, prices could slump to 2,000 ringgit ($491) a metric ton, he said.

The detail of any resolution to the trade war between China and the U.S. will have a significant impact on all vegetable oils, not least palm oil because it’s a substitute for oil made from soybeans.

It’s been more than a year since the U.S. first slapped tariffs on Chinese imports and triggered tit-for-tat action that roiled agriculture trade and cast a cloud over the global economy. The end may be near, though, with China proposing to buy an additional $30 billion a year of U.S. agricultural products including soybeans, corn and wheat as part of a possible trade deal that may upend prices again.

After two bumper years, any slowdown in the pace of growth in palm oil production in Indonesia and Malaysia will be keenly watched because it would help deflate a supply glut that contributed to a 15 percent slump in benchmark futures last year.

On top of the price outlook, market players will be looking for production forecasts for top growers Indonesia and Malaysia, and will want to know whether El Nino is still in the picture. Output in those countries will grow by less than 4 percent in total in 2019 as palm trees enter their low production cycle, with Indonesian production rising more than Malaysia’s, Golden Agri Resources said last week.

Another hot topic will be the European Union’s renewed attempt to cut palm oil use, according to Sathia Varqa, owner of Palm Oil Analytics in Singapore. Producers have cried foul over a draft law submitted by the EU Commission that classifies palm oil from large plantations as unsustainable and proposes that the oil be excluded from the bloc’s biofuels target.

The Council of Palm Oil Producing Countries, whose member countries Indonesia, Malaysia and Colombia collectively make up about 90 percent of global output, will challenge the EU’s delegated act that’s open for feedback until March 8. Issues around sustainability in the palm industry will be widely discussed.

Malaysia is planning to halt all expansion of oil palm plantations and cap planted area at around 6 million hectares by this year, as it seeks to dispel the oil’s reputation as a driver of deforestation, the Minister of Primary Industries Teresa Kok said on Friday.

Taxes and policies that govern trade will also be on the minds of traders and exporters. They will be waiting for India’s response to Indonesia’s request for a cut in import duties, Sunvin’s Bagani said.

The top producer recently asked India to lower its duty on refined palm imports to 45 percent to match the duty on Malaysian imports. Indonesia last week said it will keep the export levy on crude palm oil at $0/ton for March, with the government looking to revise regulations including lengthening the intervals between adjustments. – Bloomberg