CB Industrial Product Holding Bhd (CBIP) (7076) said it is at risk of losing hundreds of millions of ringgit in future jobs, due to a published report by a Chinese daily that suggests it was involved in some form of corruption.

In a hastily arranged press conference in Shah Alam yesterday, CBIP managing director Lim Chai Beng said, “The truth must be told soonest possible. We need to stop the damage (to the company).” 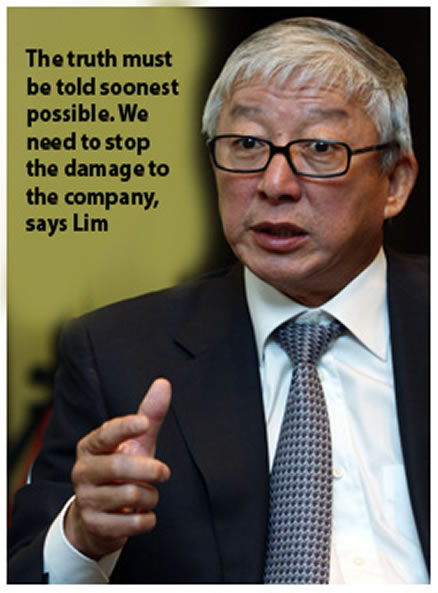 CBIP, via its subsidiary Modipalm Engineering Sdn Bhd (MESB), has demanded a retraction of the defamatory and highly damaging allegation in the said article and a full-page apology to be published by tomorrow.

“It is the holiday season now and we’re unable to gather our board of directors to decide whether to pursue a defamatory suit,” Lim said.
While awaiting the publisher’s response, Lim said CBIP reserves its rights to seek legal redress for loss of business opportunities.

He refuted allegations in the news report that insinuates its Modipalm mills are of inferior quality.

According to a translation sheet provided by CBIP, the daily quoted 1Malaysia Graduates Club secretary Ezaruddin Abd Rahman as alleging there was corruption involved in Felda awarding jobs to MESB to build 11 mills worth a combined RM160 million.

Ezaruddin said that his investigations revealed that MESB is Chinese and is a joint venture company of Malaysian Palm Oil Board.

He also said that one of MESB’s shareholders was also the shareholder of Felda Palm Industries Sdn Bhd, therefore both parties have a conflict of interest and tender requirements were not fulfilled.

Ezaruddin went on to say that he will lodge a report with the Malaysian Anti-Corruption Commission.

On the allegations by 1Malaysia Graduates Club, Lim said MESB is a wholly-owned subsidiary of CBIP, which is listed on the stock exchange.

“CBIP’s chairman Tan Sri Yusof Basiron, who also holds directorship in Felda, has abstained from meetings that vote on job awards. I can assure you that CBIP has always observed proper procedure and good corporate governance in the pursue of jobs,” Lim said. Source: Business Times