Views and analysis of the experts

According to Mr Udovenko and Ms Emilia, Ukraine’s central location is ideal as a distribution hub for palm oil to surrounding countries. It is near to Russia and Eastern European countries such as Romania, Bulgaria, Georgia, Turkey and Bulgaria. In Eastern European countries, there are no competitors as Ukraine has a very well developed infrastructure and logistics specially designed for edible oil transhipment including palm oil. There are as many as 20 sea ports and 12 functioning transhipment complexes in Ukraine with total capacity of more than 6.6 million tons of oil per year. About 400 and 450 tons of vegetable oil per year can be transshipped through the Delta Wilmar CIS terminal and Odessa OPTT respectively. The total storage capacities of vegetable oils in port complexes (terminals) amount up to 640 thousand tons. The speakers analysed the savings of using Ukrainians ports for delivering palm oil from Port Klang to Belarus, Moldova, Romania and Bulgaria.  The calculated ground transportation to the above said destinations from port of Ukraine (Chornomorsk) are found to be much cheaper than that from the port of Netherlands (Rotterdam) or Germany (Hamburg). Eventhough shipping time is the same (1 month), ground logistics varied by about USD 1,451 for Belarus, USD 1,593 for Moldova, USD 1,232 for Romania and USD410 for Bulgaria. This logistics advantage from Port Chornomorsk, Ukraine is due to the port’s close proximity to neighbouring countries and better infrastructure support. 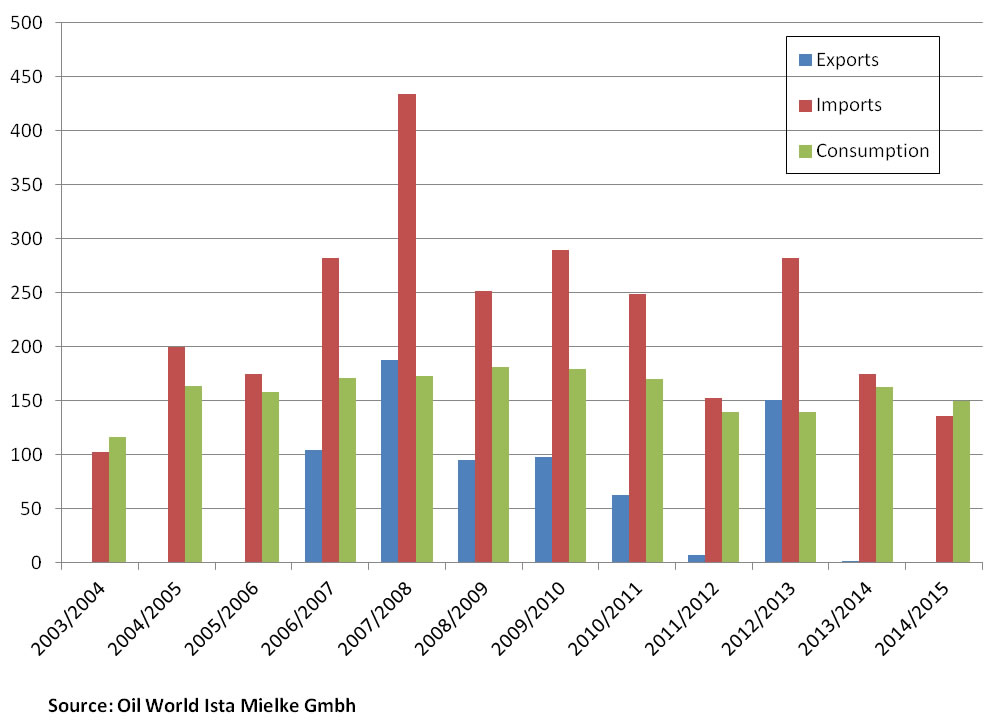 According to Dr V Zaytseva, scientific studies which documented the effects of trans-fat on human health, showed that partially hydrogenated oils must be replaced by natural oils with solid consistency of 200C. This information caused a shift in Russia’s margarine producer to use more palm oil. The shift in the use of more palm oil was reinforced when the government introduced a new technical regulation relating to margarine production, TP 024/2011.  Under this regulation, TFA content for food product is limited to 20% for hard margarine and fats, up to 8%  for milk fat replacer, soft and liquid margarines,  spreads, melted blend vegetable-creamy and  vegetable-fat. By 2018, Russia aimed to decrease TFA content to 2% on fat basis.

For edible oil shipment, the CODEX and other international standard is normally use. However, Russia has its own shipping standard. After  the collapse of the Soviet Union many of the issues were outside the legislative regulation. Now the issues of transportation of food oils are under the consideration within the framework of the new legislation of the European-Asian Economic Union. But it is a long process. At present, Russia use GOST 31647-2012 for palm oil refined, deodorized for the food industry. In this standard the transportation and storage of edible oils is permitted only in tanks of stainless steel under stratification of nitrogen. But to comply with the standard is voluntary. 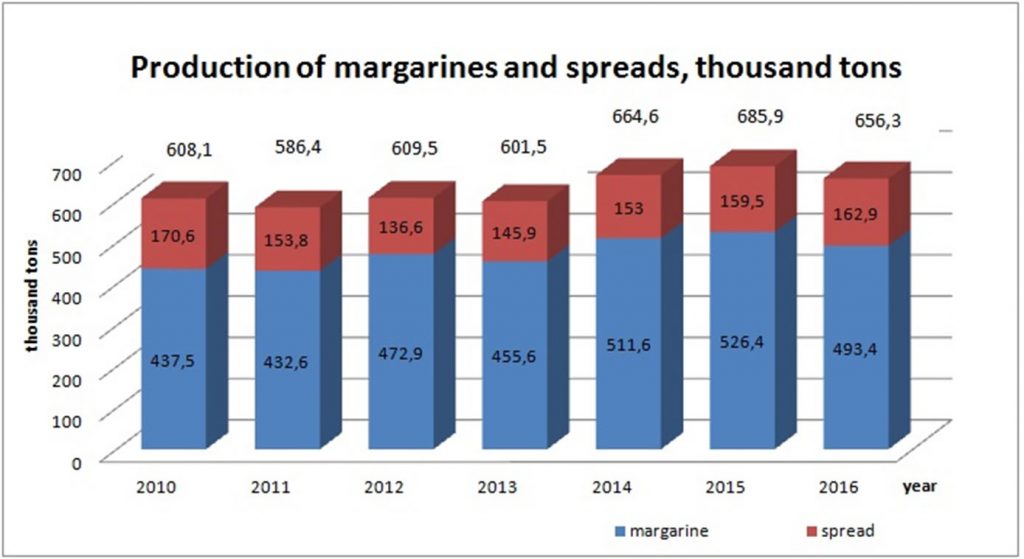 Another expert speaker, Ms Olga Mozgova from Ukraine Agro Consult, discussed on Russian oils and fats complex. Russian import substitution policy since 2014 has led to a sharp reduction of food supplies imported from certain sanctioned countries. Expansion in  tropical oils import was then observed during this period. These oils have become widely used in production of finished food products where palm oil is used as raw material in Russian food industry. The leading Russian importers of palm oil and its fractions are EFKO – Food Ingredients, Nizhniy Novgorod Oil and Fat Plant and Cargill with a total share of these three companies was measured at more than 71% in 2015. With regard to Russian vegetable oil market entry strategy, it is necessary to generate positive attitude of final consumers to palm oil as an environmentally friendly product of vegetable origin, which is not genetically modified. Formation of positive palm oil image should become the major factor of company’s promotional and educational activity in Russia. Advertising and information activity, oriented to palm oil promotion on Russian market in B2B segment, should also be conducted basing on local production and processing companies for the purpose of development and production of special products with particular specifications. 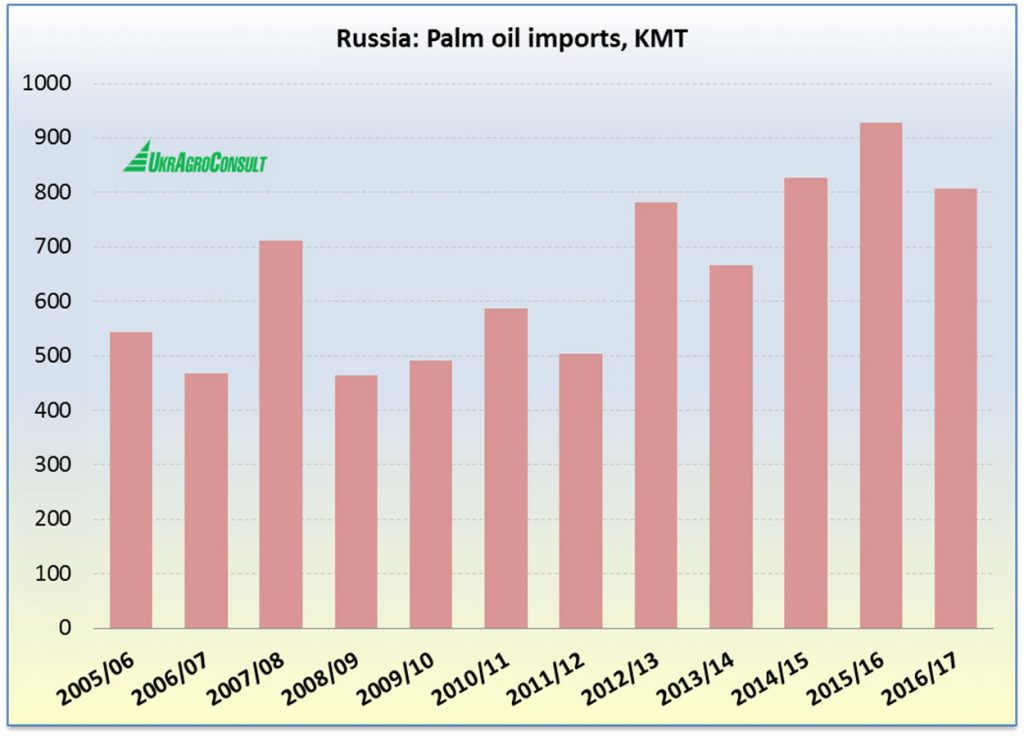 Presentations from Mr Aleksey and Ms Emilia concluded that Ukraine’s central location makes it an ideal  distribution hub for palm oil to surrounding countries namely Russia and other Eastern European countries. Dr V Zaytseva’s study showed that there is a shift in the use of more palm oil among the margarine producers in Russia. This trend is driven by information on the health effects of trans fat on human health and the introduction of new technical regulations supporting the use of more palm oil by the government. Speaker Ms Olga said that Russia is expanding its use of tropical oils especially palm oil after its import substitution policy was imposed in 2014. In order to support palm oil producers who want to explore these two markets and capitalised on the opportunities, more active dissemination of information on palm oil properties and applications may be a good start especially to Russia’s margarine sector. Other support such as POTS programme organised by MPOC is a good platform as it will create opportunities for potential importers and exporters to establish relationship.

(Details of presentation and discussion can be viewed in the POINTERS website at www.pointers.org.my)