for breath last week, a welcome respite for market players battered by

this market’s plunge from around the RM2,700 a tonne level since the

beginning of this year.

market above the psychological RM2,400 level. Thus, although this

down a nominal RM13 over the week.

January 1-25 exports at a total combined average of some 1.21 million

shipped out in the corresponding period in December 2009.

this market still is far from out of the woods.

The news from foreign edible oil markets was still overwhelmingly

The strength of the US dollar also is acting as a

depressant factor. The greenback, in which world trade in palm oil is

quoted and transacted, has strengthened some 7 per cent against the

its nose above the psychological RM2,400 a tonne level depends on the

export performance. The January 2010 export estimates should be public

knowledge by now and should impact on tomorrow’s trading action. 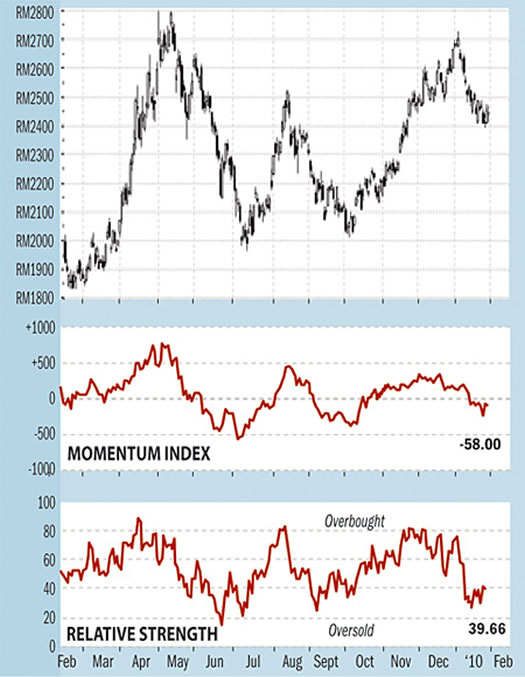 high, low and settlement prices of the most actively traded basis month