OBSERVATIONS: Two global economic powers – the US and China – have, through word and deed, turned the screws on global financial and commodity markets, though that effect was not their respective primary objectives.

China’s ongoing moves to tighten up on credit, seen as a change in monetary policy to cool the rapid growth in that country’s economy, continue to dog world commodity markets, palm oil included. 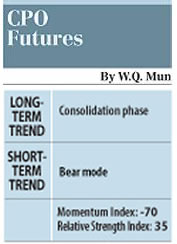 The Dow Jones Industrial Average, now at 10,172.98 points, posted the worst weekly loss in nearly a year (prior to the slide into the March 2009 low).

Agricultural commodities were more badly hit than most others. The US soyabean oil March 2010 contract tumbled 82 points or 2.18 per cent to settle at 36.71 US cents a pound,

But palm oil was not as badly affected as was feared, probably because it had earlier been depressed to extremely oversold levels and was prime for technical bounces, which it did on more than one occasion.

The actively-traded benchmark April 2010 contract dropped in intra-week trade to just a hair above the RM2,400 a tonne level, before recovering on short-covering activity to close last Friday at RM2,455 a tonne, still down RM37 or 1.29 per cent over the week.

Conclusion: The immediate overhead resistance level is RM2,560 a tonne and any technical rallies or bounces to near that level could be viewed as good shorting opportunities, given that this market is still in bear mode. 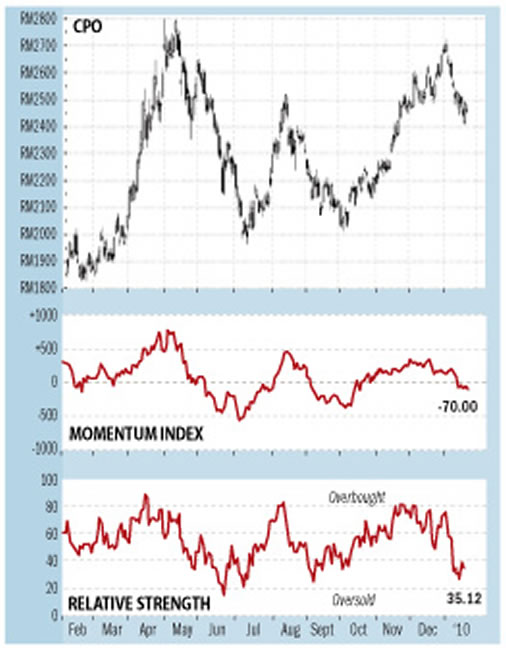