market from falling through the RM2,470 a tonne short-term support

short-covering was discernable from the notable decline in the total 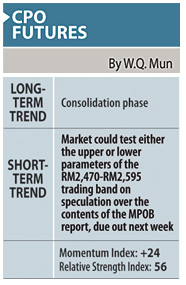 because it exceeded market expectation of 1.18 million tonnes it

weekend..Conclusion: Despite appearances this market is

or the overhead resistance level – at RM2,595. This market

could test either the upper or lower parameters of the RM2,470-RM2,595

due out next week. 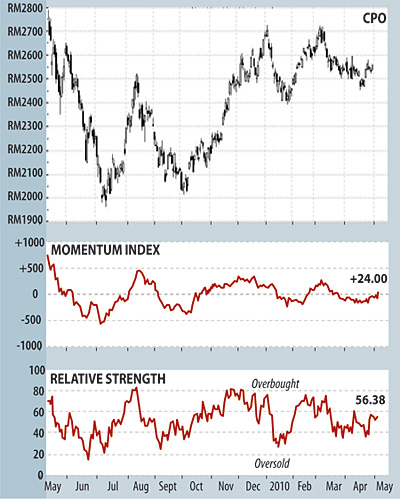 rising volumes would indicate a bull market. THE MOMENTUM

technical correction or a reversal in the near future.
THE