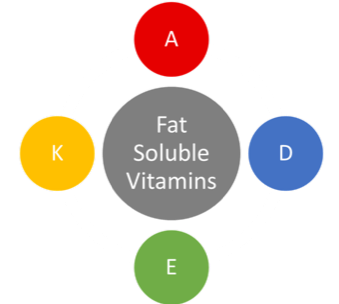 Cooking oils have been around for most of human history. It is indisputably a fantastic medium used to transfer heat to food, facilitating cooking processes. As the food is being cooked, the oils help to enhance the qualities of the food making it more palatable and appealing to us. We fry, bake, and grill foods with oils, with the intention to relish our desire for crispy, and crunchy food textures. Let’s be honest, without cooking oils, not only will we compromise the texture of our home-cooked delicacies, but also the taste. In general, a cook would admit that cooking oils help to enhance the texture, taste, and flavor of food. Besides that, cooking oils provide the calories we need to run our day-to-day affairs and some of them are actually rich in fat-soluble vitamins. Palm oil for example, is rich in Vitamin E tocotrienols .Without the administration of fats or oils into our body, fat-soluble vitamins A, D, E and K may not enter our system and nourish us with its many benefits. This is why we should not underestimate our cooking oils as they help facilitate the vitamins’ absorption.

Unfortunately, as heat is transferred to foods during cooking, undesirable chemical reactions occur.  For example, during the frying process, hydrolysis, oxidation, and polymerisation take place. These reactions result in the formation of volatile and non-volatile compounds that can lower oxidative stability, thereby the quality of both oil and food. Unpleasant odours, flavours, and colours can be imparted to the food as well as the oil, and also limit the re-use of the oil (Choe and Min, 2007). However, this can be slowed down or prevented entirely by adding antioxidants to the frying oils (Che and Tan,1999).

What does an antioxidant do?

An antioxidant interrupts the oxidation process by stabilizing fatty acid, which makes them less reactive with oxygen. Surprisingly, natural ingredients like herbs contain numerous phenolic compounds which may act as antioxidants (Kaur and Kapoor, 2002). Additionally, it was discovered (Negishi et al. , 2003) that natural antioxidants such as those from the extracts of rosemary, tea, sage, oregano, and barley seeds have high antioxidant activity at frying conditions, thus effective in slowing down these undesirable chemical reactions.

It has been reported that compounds such as tocopherols, carotenoids, alkaloids, flavonoids, and diarylheptanoids found in herbs interact with existing tocopherols and tocotrienols in palm oil that may cause an effect that enables the oil to last longer. Pandan leaves, kaffir lime leaves, curry leaves and turmeric leaves have shown antioxidant effects towards palm oil during frying (Idris et al.,2008). 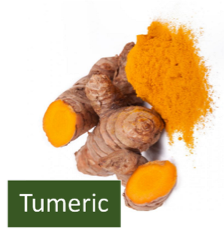 In another study by Hamad et al. (2017), it was found that palm oil fortified with turmeric spice had the highest value of phenolic compounds compared to palm oil fortified with paprika, thyme, and cumin. Phenolic compounds are plant-derived compounds that possess high antioxidant activity and other benefits such as antimicrobial and anti-inflammatory properties.  Tumeric contains a compound called curcumin which has been shown to exhibit antioxidant properties and thus has the potential to fight against various diseases. Overall the same study showed that oxidation stability increased after treatment of palm oil with turmeric, paprika, thyme, and cumin. The study proves that the addition of natural antioxidants in cooking oil especially palm oil would help with the improvement of cooking processes and overall quality of the food and oil. 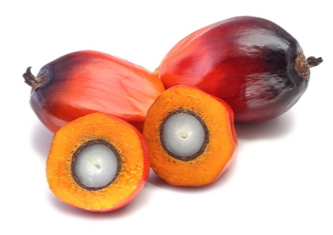 Vitamin E tocotrienols is abundantly found in palm oil and its derivatives especially red palm oil. Vitamin E tocotrienols is an excellent antioxidant that has been proven to provide multiple health benefits such as neuroprotection, inhibition of cancer cells proliferation, protection against bone disease as well as prevention of oxidative reaction on skin and hair. And research studies done on palm oil derived tocotrienols have proven these benefits. Carotenoids, a compound that will be converted to Vitamin A when consumed, is another antioxidant abundantly found in red palm oil. It’s what gives the red palm oil its rich orangey red colour. Red palm oil can be used for low heat cooking processes such as shallow frying and even incorporated in mixtures to make baked goods. In fact, red palm oil, which comes from the flesh of the oil palm fruit, contains the most carotenoids in comparison to other fruits and vegetables.

“The addition of natural antioxidants that interact with antioxidants found in palm oil will definitely enhance the cooking oil’s oxidative stability and further improve cooking qualities.”

Evidently, with the presence of antioxidants such as Vitamin E tocotrienols and carotenoids, palm oil is already a stable cooking oil to begin with. The addition of natural antioxidants that interact with antioxidants found in palm oil will definitely enhance the cooking oil’s oxidative stability and further improve cooking qualities. Furthermore, palm oil is incredibly versatile and can be used for various food applications. And this is contributed by its thermal and oxidative stability. Palm oil is used for making shortening, dairy fat replacer, margarine, Vanaspati, ice cream, vitamin E supplement, cooking oil, and cocoa butter substitute.