Earth Day and the Need for Biological Diversity in Malaysia

On the 22nd April this year, the world celebrated the Earth Day. The history of this annual event can be traced back to the 1970s, as a platform to publicly highlight the importance of reducing industrial pollution, as well as increasing the level of environmental protection. This led to the organisation of the first Earth Day movement on 22 April 1970 in the United States of America, and this date has since been marked to commemorate subsequent Earth Day celebrations.

In Malaysia, the celebration of Earth Day has added significance, as the Ministry of Natural Resources and Environment, Malaysia (NRE) recently released its ‘National Policy on Biological Diversity 2016-2025’.

Officially launched by the Prime Minister of Malaysia, Datuk Seri Najib Tun Razak in February 2016, the policy is a revised version of the National Policy on Biological Diversity 1998. The main objective of the revision is to ensure that Malaysia is able to meet the current biodiversity management obligations under the United Nations Convention on Biological Diversity (CBD).

The new policy reflects challenges the country has to face in balancing its aspirations in meeting its target to become a high-income nation, as well as the need to ensure that Malaysia’s rich biological diversity are not negatively affected due to such socio-economic progress. 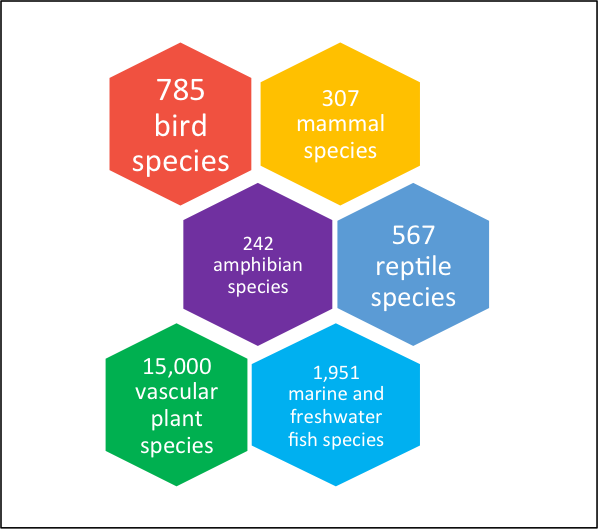 Source: National Policy on Biological Diversity 2016-2025
*Malaysia is recognised as a megadiverse country, with an incredible natural reserve of flora and fauna.

There are five general goals and 17 specific national biodiversity targets that are outlined in the policy. These targets cover key conservation efforts and programmes that need to be implemented over the next ten years (2016-2025), as well as identifying the respective stakeholders that would act as the implementing agencies.

The Malaysian palm oil industry, through the stewardship of the Ministry of Plantation Industries and Commodities Malaysia is expected to play a vital role in the implementation of these targets, especially Target 4: ‘By 2025, our production forests, agriculture production and fisheries are managed and harvested sustainably’ and Target 15: ‘By 2025, capacity for the implementation of the national and subnational biodiversity strategies, the CBD and other related MEAs has significantly increased’.

MPOC and the Malaysian palm oil industry share NRE’s objectives in advocating sustainable development and a balanced co-existence between development and the environment. Through the Malaysian Palm Oil Wildlife Conservation Fund (MPOWCF), conservation programmes for endangered species such as orangutans and Bornean elephants have been funded. The industry will now actively look into contributing more and facilitate successful implementation of Malaysia’s new biological diversity policy.

Note
The full document of the National Policy on Biological Diversity 2016-2025 can be downloaded from the Ministry of Natural Resources and Environment Malaysia’s website: http://www.nre.gov.my/ms-my/Biodiversiti/Pages/default.aspx