Felda unable to proceed with Brazil plan for now

The Federal Land Development Authority (Felda), the world’s largest owner and manager of plantation land, could not proceed with plan to open estates in Brazil due to technical and environmental issues.

Felda chairman Tan Sri Dr Mohd Yusof Noor said Brazil has been identified as one of several locations it plans to expand outside Malaysia. 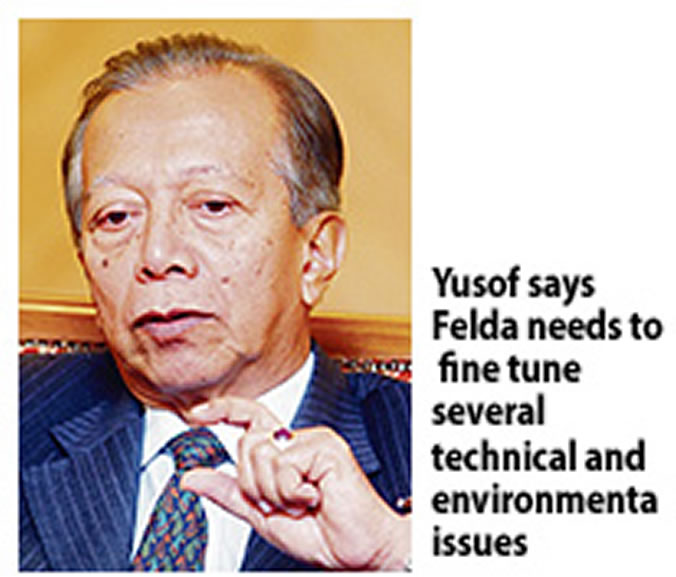 “Brazil is one of the destinations under Felda’s study but for now we cannot proceed with the plan until several technical and environmental issues are fine-tuned, which also includes return on investment,” Yusof told Business Times yesterday in a phone interview.

He declined to say how long the delay is nor could he say if the venture will be scrapped altogether.

Yusof was commenting on a Reuters report yesterday quoting sources that Felda had backed off from plans to develop up to 100,000 hectares with oil palm trees in Brazil.

In an interview with Business Times in July, Yusof said the government-owned agency has also received offers and is conducting feasibility studies on Colombia, Brunei, Myanmar and some nations in Africa.

Last year, Felda announced a joint venture with a Brazilian planter to grow oil palm trees near the Amazon river, a move green groups criticised as speeding up deforestation and climate change.

Reuters reported yesterday that Malaysian and Brazilian sources saying Felda has now abandoned the plan after quietly putting the venture on hold five months ago.

“We had to stop the venture,” a senior Felda official told Reuters.

“It was a difficult project. The place we were given to develop was remote and costs were too high.” Source: Business Times