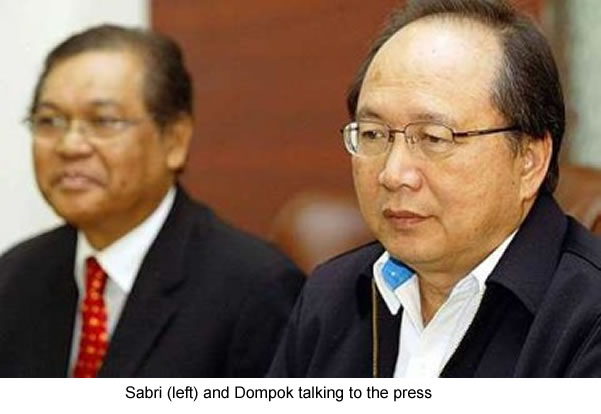 SERDANG: The negative perceptions of Western non-governmental organisations (NGOs) on oil palm cultivation with regards to environment and sustainability practices must be appropriately addressed by palm oil industry players, said Malaysian Palm Oil Board (MPOB) chairman Datuk Sabri Ahmad. He said recent attacks by NGOs could affect the marketability of palm oil and its related products, thus posing a challenge for the entire palm oil trade in the international market. Sabri was speaking at MPOB’s International Conference on Palm Oil and the Environment held yesterday in conjunction with the on-going Malaysia International Commodity Conference & Showcase (MICCOS 2009). He said MPOB had developed new technologies and techniques, which had been incorporated in the good agriculture practice (GAP) and milling practice to ensure sustainable production of palm oil in Malaysia. “We have also embarked on oil palm genome sequencing to generate important probes for DNA fingerprinting as well as probes into other important agricultural traits,” Sabri added. In addition, MPOB has developed technology to harnass abundant oil palm biomass for alternative bio-energy sources as well as palm oil mill effluent (POME) to be converted into renewable energy. MPOB is also setting up a new research station in Belaga, Sarawak, poised to be the first of its kind in the world as a model station that incorporates precision agriculture technologies and GAP to improve efficiency and biodiversity. It will adopt advanced technology for the precise agriculture systems using Geographic Information Systems, Global Positioning System and remote sensing. Earlier, Plantation Industries and Commodities Minister Tan Sri Bernard Dompok said at the official opening of the conference that Malaysia had progressively improved its standards of environmental and sustainable practices despite allegations that the palm oil industry had caused the destruction of rainforests and peat lands, loss of biodiversity and release of greenhouse gases that contribute to global warming and climate change. On the release of methane gas in the effluent ponds of palm oil mills, he said: “The Government is encouraging the trapping of methane gas as fuel to produce energy, thus reducing the carbon footprint.” Currently, only 4% of over 400 mills in Malaysia have the methane capture facility while another 10% are in the process of construction. Efforts are also in progress to utilise POME for the production of biofertiliser. Source : The Star by Hanim Adnan