How to dispose of used cooking oil: The Sustainable Way

How to Dispose of Used Cooking Oil: The Sustainable Way

The zero-waste movement is emerging and gaining momentum. Consumers, including Malaysians are growing more and more concerned about their choices and how they affect the environment. Zero-waste stores have popped up in some areas of the country where consumers can bring their own containers and refill essential household items such as detergent, dishwashing soap, and even food, such as dried fruits and assortments of nuts. In conventional supermarkets, they would bring their own shopping bags, whereas in wet markets, they would bring containers to keep their newly-bought fresh goods. This practice greatly reduces the utilisation of single-use plastics.

Palm oil is the most widely used cooking oil in Malaysia. Malaysian Palm Oil’s longer shelf life, bland (neutral) taste, less foamy, wider applications in food, abundant availability, and competitive price makes it a perfect choice for many Malaysian households. Despite the usefulness of Malaysian Palm Oil, there is one aspect that has often been neglected by consumers – its disposal. It should be noted that a proper disposal of cooking oil does not only apply to palm oil but also to all types of cooking oils.

Pouring used cooking oil down the kitchen sink and into the drain is detrimental to the environment as well as the government’s coffers. In 2016, Malaysia’s Klang Municipal Council spent almost RM6 million to remove clogging caused by hardened cooking oil in drains –  a necessary, but costly mitigation action to prevent flooding that could have been easily avoided if everyone had disposed of their used cooking oil responsibly.

Used cooking oil can be poured into a sealable container, for example, the very container that packaged the cooking oil in the beginning. It should then be sealed and placed into a plastic bag, before being sealed again to contain any leakage. Then, it can be brought to recycling centres, which accept cooking oil. Some of these centres even employ part-timers to make phone calls and collect used cooking oil from restaurants, eatery places, and households; while some even pay a small fee to the donors to buy the used oil from them. For communities, neighbours could come together to obtain a communal drum where cooking oil can be collected before being turned to the recycling centres. For certain cities, the municipal council prepares communal drums in key parts of the city where people can drop off their cooking oil.

Used cooking oil can be reused in many ways, for example to make soaps, candles, as well as renewable energy. In Malaysia, Pusat Teknologi Biomass UPM, and companies like Fat Hopes Energy; and Agricode Green turn used cooking oil into biodiesel.

Soaps made out of used cooking oil may sometimes be referred to as eco soap or green soap. These artisanal soaps are considered fashionable nowadays and pose as an opportunity of income. Such soaps are manufactured by companies like Green Yards and Soap Opera Kuala Lumpur. 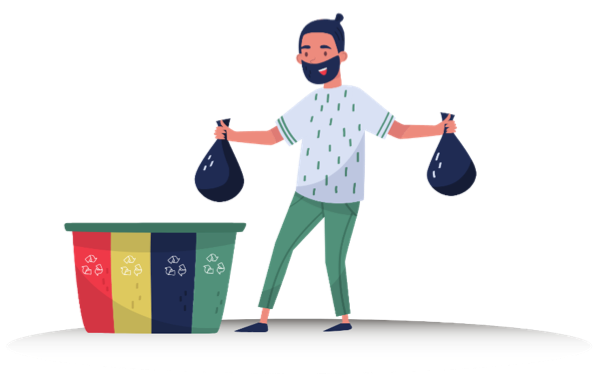