Malaysian and Indonesian oil palm growers have resisted the inclusion of greenhouse gas emissions from their activities as a criterion for certification of their operations. Eight years after its establishment in response to concerns over environmental sustainability and human rights violations, the credibility of the Roundtable on Sustainable Palm Oil (RSPO) is being tested. Rumours of membership withdrawals and even disintegration of the RSPO were brewing weeks before the group convened its Roundtable 7th (RT7) meeting last month in Kuala Lumpur. 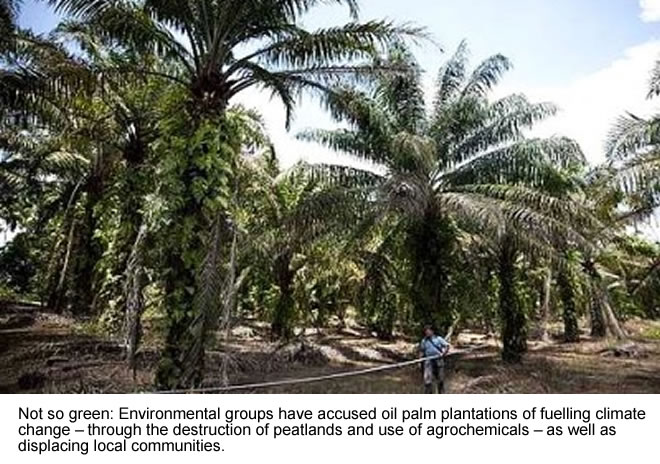 The source of the resentment was found in two resolutions jointly submitted by the Malaysian Palm Oil Association (MPOA) and its Indonesian peer, GAPKI (Indonesia Smallholders Alliance), and supported by the Sarawak Oil Palm Plantation Owners’ Association, which is not a member of RSPO. Representing 90% of palm oil producers, these members from the grower category resisted the inclusion of greenhouse gas (GHG) emissions from their activities as a criterion for certification of their operations. They also rejected new planting procedures – that among other things, cover replanting on converted cropland – as being too restrictive and unreasonable. The tension was duly diffused when the RSPO executive board agreed that the contentious GHG criterion would be deferred for a year. Meanwhile, members could take voluntary actions. The division is clear between producers and downstream players like palm oil traders and users. The latter want targets to control emissions during production while the former claim that the science is still unclear on emissions from development on carbon-rich peat and the life cycle of the crop. The reason for this polarised position: palm oil buyers are pressured by consumers to use only certified sustainable palm oil while producers cry foul over the moving “goal post” of sustainability. MPOA and GAPKI reckon that the present eight principles and 39 criteria are adequate to address the issues. 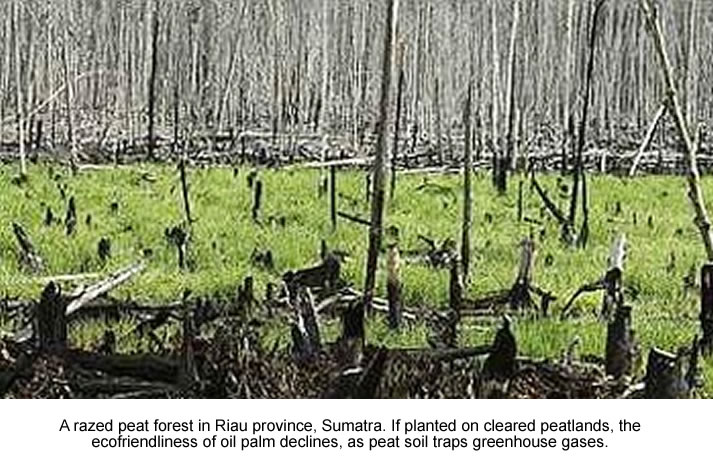 Producer countries, notably Malaysia and Indonesia, likened the GHG criterion to a non-tariff trade barrier to protect the west’s home-grown edible oil such as soy and rapeseed. RSPO president Dr Jan-Kees Vis, who is vice president of consumer goods producer Unilever, was clearly unhappy with the decision on the GHG criterion. He rebuked the oft-cited argument that palm oil was being unfairly singled out. “This is certainly not the case. Fierce debates take place with dairy farmers in western Europe about the methane emissions of dairy cows. There are roundtables, much like this one, for soybean, sugar cane, coffee, cut flowers, cotton, farmed salmon, farmed shrimp, etcetera, etcetera,” he said. Meanwhile, the producers group called the Rest of the World comprising Brazil, Colombia, Ecuador, Guatemala, Papua New Guinea and Solomon Islands, agreed to a moratorium on development on peatland and will participate in the voluntary scheme to account for GHG emissions from their plantations. “This is necessary to reflect the gravity of the situation,” said spokesman Marcello Brito of Brazil. “We recognise that the GHG issue is a topic of global priority that cannot be delayed indefinitely.” Greenpeace has accused RSPO of feet-dragging, saying that the group had previously said it would commit to the GHG emission criterion this year. It urged the group to apply the “precautionary approach” to new clearance of land until such a standard is put in place. “RSPO must commit to halt any further logging, clearing or draining of new planting areas with a combined carbon store above and below ground of more than 25 tonnes of carbon per ha,” said Greenpeace in a statement endorsed by 20 social and environmental organisations. The figure is a conservative estimate of carbon sequestered by oil palm over its 25-year commercial lifespan. Strong criticisms also came from 80 NGOs, who dismissed the voluntary initiative as nothing more than a smokescreen, saying: “Oil palm monocultures for food and agrofuels are a major cause of deforestation and climate change while destroying the livelihoods of millions of small farmers and indigenous peoples. They require agro-chemicals which poison workers and communities, soil, water and wildlife as well as depleting freshwater and soils.” Friends of the Earth International (FOE-I) criticised the certification of plantations which do not fully comply to RSPO standards. To date, RSPO has issued 34 partial certifications to 11 companies. Of these certificates, 20 belong to six Malaysian companies and the rest to Indonesian growers. The unit of certification is the palm oil mill and estates. This method has been criticised as providing a false sense of sustainability. “Most palm oil is produced by large corporate groups that own hundreds of thousands of hectares of oil palm plantations. The RSPO does not require producers to get the entirety of their estates certified all at once,” noted FOE-I. RSPO secretary-general Dr Vengata Rao in defence, said there was a time-bound plan for companies to certify their entire operations. But critics said the time-bound rule was vague and arbitrary as it is decided between the auditors and the companies. Rao said the matter was under review and a 2015 cut-off date was being considered. The relevancy of RSPO is also challenged by certain quarters within the Malaysian oil palm fraternity. The Malaysian Palm Oil Council (MPOC), for one, is toying with the idea of its own certification scheme called the Malaysia Palm Scheme. The proposed scheme is said to be some growers’ response to what they forsee as growing stringency of the RSPO certification scheme that might jeopardise their expansion plans. So far, demand for certified sustainable palm oil comes from Europe and to some extent, the United States. Uptake of such oil, however, has been less than encouraging. Of the 1.75 million tonnes made available since last November, only 200,000 tonnes were sold at a premium price. A World Wide Fund for Nature assessment revealed that out of 59 major retailers in Europe, only 10 were committed to purchasing certified sustainable palm oil. Source : The Star by Hilary Chew