The United nation (UN) proclaimed 22nd of May as the International Day for Biological Diversity (IDB). It is a day to increase understanding and awareness of biodiversity issues around the globe. It was first created on 29th December 1993 by the second Committee of the UN General Assembly and in year 2000 it later adopted 22nd May as International Day for Biological Diversity (IDB). Many activities are organised all over the world in conjunction with this celebration.

Biological diversity or Biodiversity is described as the “variety of life” on this planet – is essential for life. Globally, biodiversity is threatened by a number of human activities which affect the ability of ecosystem to provide the caring capacity and support by which life depends.

The celebration takes on different themes each year and for this year 2014 – Island Biodiversity has been chosen as the theme. Islands and beaches are important landscapes comprising of complex and unique ecosystems which is home to many plant and animal species that are found nowhere else on Earth. These landscapes are important ecosystems to more than 600 million islanders around the world for their livelihood, survival and well – being, culture as well as economy. 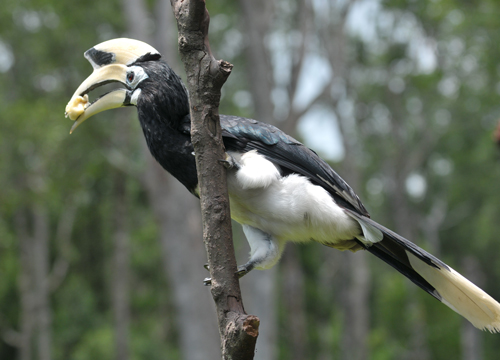 Malaysia is one of the biologically diversed countries in the world. Being on the equator, makes it a hot spot for flora and fauna with many unique species which are endemic to the country and region. The country’s landscape ranges from deep sea coral bed to the luscious tropical rainforests till the mountain top montane forest. The tropical rainforest of Taman Negara which covers an area of 4,343 km², is the oldest forest in the world and harbours mega diversity of flora and fauna. These forests are home to some of the most iconic species known to mankind and are also the pride of the country.

Malaysia has pledged to maintain 50% of its landmass under forest and green cover during the Rio Summit in year 1992 and is still honouring its pledge after 20 years. Malaysia endorsed the Convention on Biological Diversity (CBD) in 1994. During the Seventh and Eighth Malaysian Plan, it adopted a national policy on biodiversity conservation. Malaysia cultivates development paths that emphasise conservation while maintaining economic development. It acknowledges the need for balanced and sustainable development without jeopardising the future of the country and its generations. It has identified agriculture industry and export of commodities as a primary driver for the nation’s development. Palm Oil takes the lead as the leading agro-industry which generates high income for the nation.

Palm Oil – The biggest agro-industry in Malaysia has gone through vigorous  development and changes towards sustainability practices demanded from the marketplace. The newly launched Malaysian Standard for Sustainable Palm Oil is one example which shows the commitment of the government and the palm oil industry towards sustainability and safeguarding our biodiversity. 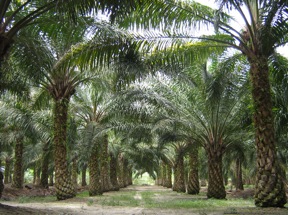 For safeguarding the biodiversity in forests and those inside the oil palm plantations, the industry implements Good Agriculture Practices to maintain productivity while minimising human-wildlife encounters and enhancing biodiversity values. From a landscape level, efforts are taken to maintain connectivity of adjacent forests which acts as wildlife refugia. Water quality which affects aquatic biodiversity is monitored through soil and water quality management. Terraces and silt trap management to minimise surface runoff and siltation to protect rivers. Usage of pesticide is minimised to lower the impact left in rivers and water system. Palm biomass is also used as method of windrowing in between lines of planting to minimise the surface runoff and to provide nutrient to the soil. Integrated Pest Management (IPM) is another method towards sustainable pest control while minimising the impact to the environment by using biological controls and less hazardous techniques while minimising the use of pesticides. The Barn Owl (Tyto alba) plays an important role in controlling the pest in the oil palm plantations in natural and safe way 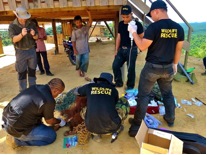 Funds were also allocated establishment and operation of Wildlife Rescue Unit (WRU) in Sabah. With highly trained rangers and wildlife personnel, WRU were involved in capturing and rescuing animals which are involved in human-wildlife conflict especially in oil palm plantations and translocated to an established forest reserve.

The Malaysian palm oil industry is embracing all the elements of Sustainability – People, Planet and Profit in which the Biodiversity has gained much attention from all stakeholders and has been adopted positively by all parties by practising the best planting and manufacturing methods for a better environment and a better future.