Is food cooked with palm oil safe from acrylamide poisoning?

In 1994, the International Agency for Research on Cancer (IARC) classified acrylamide, as a potential carcinogen in humans. It was much later in 2002 that The Swedish National Food Authority discovered acrylamide in a variety of baked and fried foods cooked at high temperatures. Acrylamide is formed as a result of the “Maillard reaction”, chemical pathway. This reaction occurs due to the presence of free asparagine in carbohydrates of plant-based foods such as potatoes, cereals and more (Stadler et al. 2002). Acrylamide can also be formed via acrolein and

acrylic acid when 3-carbon unit lipid degrades in the absence of asparagine and reducing sugar (Yasuhara et al. 2003; Ehling and et al. 2005; Matthaus 2009). In terms of human health, the World Health Organisation found that acrylamide increased incidences of benign and malignant tumours in organs such as thyroid and adrenal (FAO/WHO, 2004). It was discovered by Hogervorst et al. (2008) and Olesen et al. (2008) that the risk of kidney and breast cancer may be increased by intake of high levels of acrylamide.

Acrylamide is formed at the end of the Maillard reaction chemical pathway. This reaction occurs due to the presence of free asparagine in carbohydrates of plant-based foods such as potatoes, cereals and more. 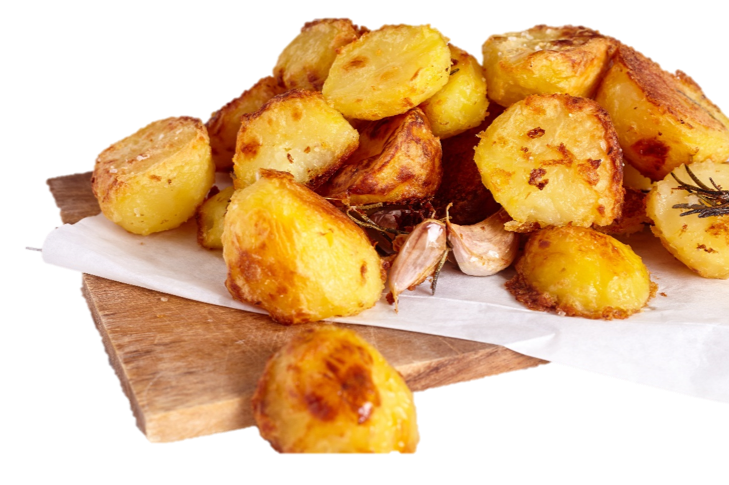 Is palm oil safer than other oils?

To answer the question, we must first investigate the two factors which are;

In a study by Lim et al. (2014), the influence of deep frying using vegetable oils such as palm olein, coconut, canola and soya bean oils on acrylamide formation in sweet potato chips was investigated. It was found that the mean acrylamide concentration formed in sweet potato chips from 10 fried batches, was the highest for soya bean oil (2019 µg/kg) and the lowest for palm olein (1443 µg/kg) while coconut oil and canola oil were at 1722 and 1711 µg/kg, respectively (Figure 1). 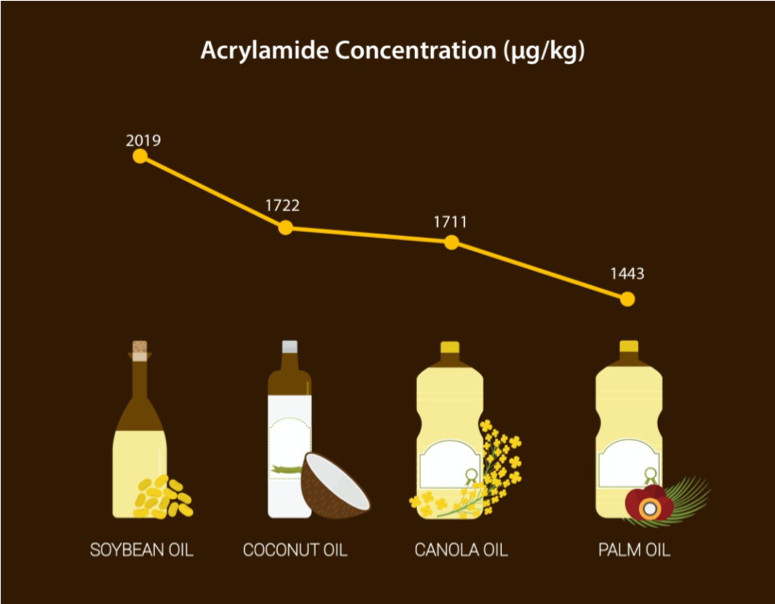 The findings from the study by Lim et al. (2014) were consistent with those from Gertz et al. (2002), where the lowest concentration of acrylamide was formed in potato fries fried at 180oC with palm olein (722 µg/kg), followed by sunflower oil (852 µg/kg) and canola oil (1060 µg/kg). Additionally, Capuano et al. (2010) concluded that cooking medium with saturated fats is less prone to thermal oxidation and therefore produce less acrylamide. This was shown by lower concentration of acrylamide formed in a model system containing palm oil (approximately 750 µg/kg) compared with sunflower oil (approximately 1000 µg/kg). 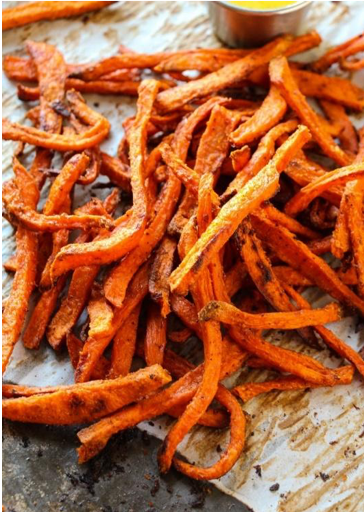 Iodine value (IV) indicates the unsaturation level in vegetable oil. According to Choe and Min (2006,2007), oils with higher level of polyunsaturated fatty acids are more prone to oxidative activities than oils with more saturated fatty acids.  Simply put, the higher the degree of unsaturation in an oil, the higher the oxidation rate, which will in turn increases the possibility of acrylamide formation.

The same study by Lim et al. (2014) included iodine value analysis of each vegetable oil after the frying sessions and it was found that the vegetable oil with the highest iodine value was soya bean oil, followed by canola oil, palm olein and the lowest, coconut oil. Evidently, the higher the saturation in an oil, the lower is the iodine value. In this case, coconut oil has emerged as the one with least IV as it has highest content of saturated fatty acids among the four. The IV found in palm oil after the frying session is an indication that palm oil has a relatively balanced ratio of saturated and unsaturated fatty acids. 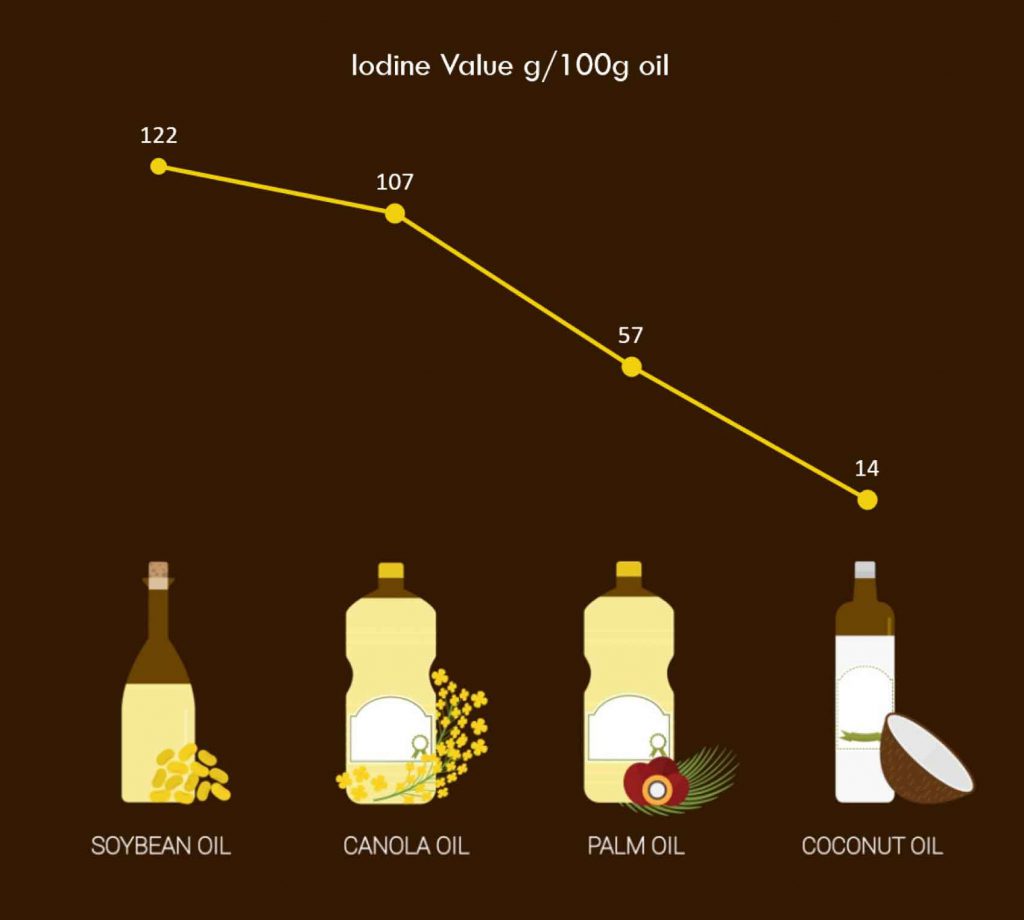 In conclusion, studies have shown that palm oil is by far safe for our consumption. Not only is palm oil trans-fat free, it is also much less prone to acrylamide formation as compared to other vegetable oils, based on acrylamide concentration and iodine value highlighted in this article. As consumers, choosing palm oil is the best way to go.