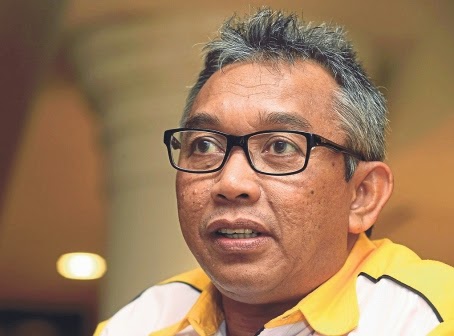 In the last couple of years, Malaysia’s palm oil exports had been, at best, lacklustre. Refiners tell OOI TEE CHING that Malaysia needs to be consistent in its downstreaming policy and be more responsive to overseas tariff changes.

In 2014, India emerged as Malaysia’s biggest buyer when it ordered 2.87 million tonnes of palm oil in the first 11 months. This worked out to be 35 per cent more than 2.12 million tonnes posted in the same period in 2013. This is good news. But recently, the situation has made a U-turn.

It was meant to protect the interest of its oilseed farmers and edible oils refiners.

“It also signals to Malaysia that they are not interested to buy that much CPO. It warrants that Malaysia should stop declaring duty-free CPO exports and let market forces dictate its own course,” he said.

Jaaffar was referring to Plantation Industries and Commodities Minister Douglas Uggah Embas’ declaration of duty-free CPO exports from September 2014 to February 2015. Such a declaration is actually redundant.

At worst, it even confuses downstream investors as to the Malaysian government’s commitment to value adding the palm oil industry.

Many people think refiners and planters are at loggerheads, engaged in a zero-sum game. This is a wrong assumption because refiners are purely concerned about the price gap, and not how low the CPO price will go.

“It is a misconception that in times of falling CPO prices, refiners are happy at the expense of planters. As refiners, we are margin players. It doesn’t matter if CPO prices are high or low,” he said.

“In fact, everybody from upstream to downstream of the palm oil value chain win when CPO prices are high. That is the role of the refiners in supporting CPO price as we buy and process every drop of CPO in the country,” he added.

Since September 2014, CPO prices averaged below the tax threshold of RM2,250 per tonne. Malaysia should have just let the tax structure run its course, just like what Indonesia is doing. As long as CPO is trading below RM2,250 and US$750 a tonne, respectively, there is no duty on CPO exports from Malaysia and Indonesia.

The strategy of declaring duty-free CPO exports to bring down national stockpile level in the hope of pushing up CPO prices is not so effective like before because Malaysia is no longer the world’s biggest palm oil producer.

“We need to be more discerning about this ‘silver bullet’ because the current global economic situation is very different from 10 years ago,” he said. “Adhoc declaration of duty-free CPO exports can actually backfire and trigger needless price war with Indonesia. CPO price war is hurtful for all oil palm planters, whether they are in Malaysia and Indonesia,” he said.

In the last two years, Pakistan’s purchase of palm oil from Malaysia fell significantly. Pakistan consumes about 3.2 million tons of edible oils annually and meets more than half of its demand through imports.

In the last five years, Jaaffar noted China’s palm oil demand had been artificially pushed as ‘financial products’ rather than ‘commodity products’. Since banks in China give peculiar treatment to palm oil, viewing it as ‘institutional instruments’, palm cooking oil and margarine demand will continue to be augmented by fiscal policy changes there.

Nevertheless, Jaaffar said the current shortfall in China’s palm oil purchase is also exacerbated by subdued consumer spending. “China is Malaysia’s best cooking oil market. In view of cautious consumer spending, we need to be more focused in market segmentation to raise popularity and branding of our oil,” he said.

Poram lauds the NEC formation and urges this high-powered decision-making body to make an iron-clad commitment to palm oil downstream players that ‘a level playing field’ with rivals is consistently maintained for the sake of Malaysia’s export competitiveness.

“The current ‘flip-flop policy change’ in exempting CPO export duties for six months from September 2014 to February 2015 is confusing foreign and local downstream investors who have already sink in billion of dollars in investments. The erosion of investor confidence is not healthy for our economy,” Jaaffar said.

He also proposed that the NEC adopts advocacy and political tools in tackling the global smear campaign on palm oil so as to boost the country’s exports. “The right thing (and also difficult) to do is to tackle barriers (be it tariff or non-tariff) to palm oil trade at its roots,” he said.

“This strategy is healthier for all stakeholders along the palm oil value chain; whether you’re a planter, a cooking oil trader or a biodiesel manufacturer. We must remember, the oil palm is Malaysia’s economic security crop,” Jaaffar said, in reference to the country’s annual US$20 billion palm oil exports which support some two million jobs and livelihoods along the sprawling value chain.

Jaaffar said it would be timely for Malaysia, Indonesia and Thailand to collectively have palm oil listed as ‘environmental goods and services’ under the Asean Trade in Goods Agreement.

It is also this year, the Asean Economic Community (AEC) vision is being rolled out. With 600 million people or almost 9.0 per cent of the world population and an economic size of US$1.8 trillion, the AEC is Asia’s third largest economy.

The AEC is created for people, goods and money to move around with little or no economic barriers.