Most chefs are taught the fundamentals when it comes to oils and fats, largely exposed to olive oil as the superior, healthy oil.  Not surprisingly, Malaysian Palm Oil is generally overlooked, quite simply attributed to the very little information provided on its wide range of applications as well as the nutritional and culinary advantages behind it.

As cooking oil is one of the basic ingredients for cooking, the type selected by a chef will stem from the familiarity of its use, which is basically dependent on his professional experience and knowledge. In other words, oils that are rarely used in a particular kitchen will not get the deserving attention.

Malaysian Palm Oil, an edible oil that is derived from the oil palm tree, offers a few advantages worth trying the next time you are about to cook.

Smoke point is the threshold temperature level that when reached, will cause an oil to produce smoke.

Malaysian Palm Oil has roughly over 200°C smoke point (precisely 235°C), which is high and great for chefs and cooks who may use many types of cooking methods including deep frying.

For frying purposes,
oils with high
polyunsaturated fatty acids
should be avoided. 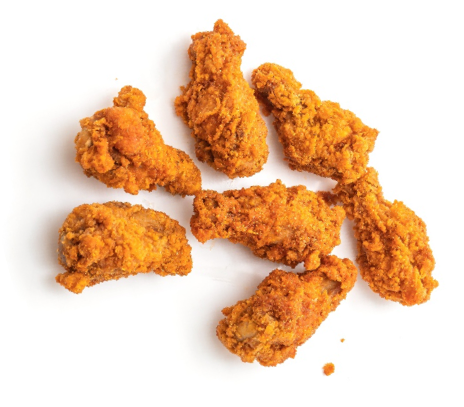 The culinary supremacy, more importantly, comes from the naturally balanced composition of unsaturated (oleic and linoleic) and saturated (palmitic and stearic) fatty acids. The more saturated the fats, the more stable the oil when subjected to frying temperature. This very makeup as shown, allows Malaysian Palm Oil to have excellent oxidative stability, or not turning bad easily when used at critically high temperatures. This trait makes palm oil a natural choice for frying purposes

“The more saturated the fats, the more stable the oil when subjected to frying temperature.”

Malaysian Palm Oil also has very little linolenic acid, which is detrimental for chefs as it causes flavour reversion in food. Another plus point is the presence of its natural antioxidant Vitamin E content that further increases its resistance to oxidation and hence enhances additional stability to palm oil.

Chefs will also appreciate its lesser emission of gummy residues due to its naturally balanced chemical composition, enabling minimal cleaning thereafter, be it for the cooking utensils or the walls of the kitchen area.

Malaysian Palm Oil can be used for all types of cooking methods; sautéing, stir-frying, deep frying, as well as for light use in basting or the extreme opposite, the oil-laden slow cooking method called confit. Palm shortening is also widely used for frying, even industrial frying, as food attain a crunchier texture and undergo less oil absorption.

Much of the popularity of Malaysian Palm Oil can be attributed to its stability in withstanding high temperatures. Another reason has to be its bland taste. In times when a chef needs the food to be flavourful, yet without any taste of the oil influencing it, the preference would then be for the neutral taste of Malaysian Palm Oil.

Other Malaysian Palm Oil applications in recipes are also possible in cakes, muffins, and rice for a moist texture and as a cholesterol-free alternative to butter. It can also be used for emulsification especially in the making of mayonnaise and other salad dressings, and for a glossier effect in sauces. In fact, for baking, palm-based products such as margarine and shortening are easier to handle and more versatile than butter.

Chefs have always prided themselves in providing not just the organoleptic experience but the use of healthy and premium ingredients in their food. Malaysian Palm Oil should be added to the chefs’ must-have list as it is no exception in offering quality and nutrition.

Health-wise, Malaysian Palm Oil naturally contains Vitamin E. The winning factor that differs it from other competing oils is that it has both members of the Vitamin E family, Tocotrienols and Tocopherols. Tocotrienols is 40-60 times more potent that Tocopherols, which makes it a better antioxidant. Interestingly, corn oil, soybean oil, canola oil, and sunflower oil do not contain Vitamin E Tocotrienols. 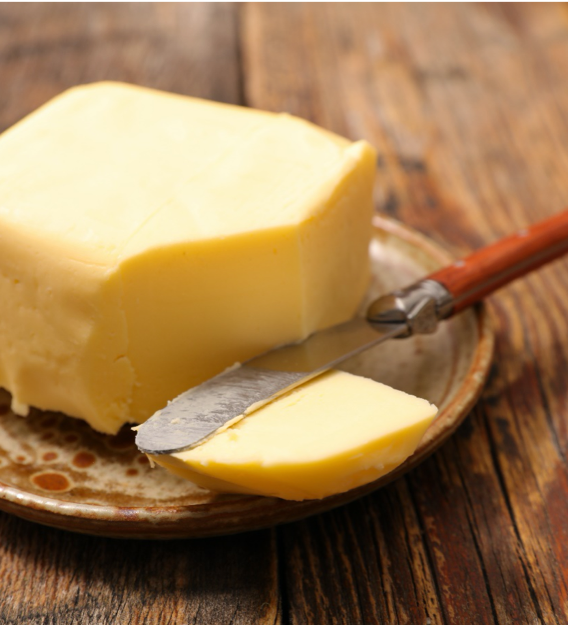 Antioxidants are important as they act as scavengers of free radicals that are damaging to the human body, including being linked closely to aging. The consumption of Tocotrienols is specifically associated with neuro- and cardio-protection as well as liver heath.

Another consideration is of course the fact that Malaysian Palm Oil is cholesterol-free, as it is derived from plant sources. It is also non-GMO and is free of trans-fat. Its naturally semi-solid form enables it to be used in food formulations without requiring the process of hydrogenation in order to solidify it from liquid oils. So when you reach for palm-based products such as margarine, vanaspati or shortening, you can be confident of all these positive attributes.

“This semi-solid nature is also the reason why
Malaysian Palm Oil is sometimes cloudy at low temperature,
which by no means is an indication of compromised quality.”

This semi-solid nature is also the reason why Malaysian Palm Oil is sometimes cloudy at low temperature, which by no means is an indication of compromised quality. Rather, the appearance is purely a natural physical transformation that is similar to the water-ice phenomenon. At 10°C, which is its cloud point, its molecules crystallise. Hence the cloudy appearance is the norm at lower temperatures. But once the temperature is raised, the cloudiness will then disappear.

It is not too late for chefs to switch and discover the culinary advantages of palm oil. If sustainability is your concern, bear in mind that the oil palm crop produces 5-10 times more than rapeseed, sunflower and soybean per hectare, per year. The cultivated oil palm land also requires less fertilisers and pesticides. One hectare of oil palm requires approximately 6 and 14 times lesser fertiliser and pesticide, respectively when compared to soybean.

Malaysian Palm Oil is also subjected to the mandatory Malaysian Sustainable Palm Oil certification that assures it is sustainably produced and of the highest quality.