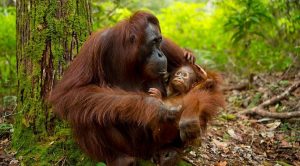 We refer to the BBC1 television quiz programme at 8pm on May 28 – ‘Test the Nation: Know Your Planet’ – in which a question and a multiple-choice answer linked oil palm cultivation to destruction of orang utan habitats. We ask that this be corrected immediately as it may have inadvertently left viewers with serious misconceptions in relation to Malaysia, the world’s largest producer and exporter of palm oil.

Malaysian oil palm plantations are not a threat to orang utan habitats. Commercial planting of the crop has a fairly recent history when in 1960s the Malaysian Government embarked on a poverty eradication programme through agricultural diversification. In the peninsula, plantations have been mainly established on land converted from acreage cleared during British colonial rule for rubber planting and other commercial activities. In Sabah and Sarawak, older oil palm schemes are similarly located on land used for agriculture over several generations and where orang utan populations are not found.

Today, oil palm occupies only 4 million ha of the country’s land area of 33 million ha – and of which 64% remains under forest cover. Since 1990, the Malaysian Government has had a conscious policy of not opening up any virgin land for agriculture and the 20% of land area allocated to agriculture continues to be upheld. As its most recent programme, the Malaysian Palm Oil Council (MPOC) hosted a symposium on Sustainable Resource Development on May 18 at the Institute of Directors in London. Senior officials joined academics and forestry professionals from several countries in the discussions.

During the event, MPOC launched a MYR$20 million revolving fund to support proposals on biodiversity conservation in relation to palm-oil production. For a small country like Malaysia, this is a big gesture. While the BBC was invited, we note that it did not send a representative.

We believe that your viewers have the right to accurate, balanced and up-to-date coverage of issues in order to arrive at informed opinions. We would be happy to assist in setting – and keeping – the record straight.