MPOC, in collaboration with Sabah Wildlife Department (SWD) recently organised a biodiversity conservation workshop in Sandakan, Sabah. This is MPOC’s second event on human-wildlife conflicts this year, with the first being the MPOC-PERHILITAN biodiversity forum in May 2016.

With the theme ‘Enhancing Conservation and Mitigating Human-Wildlife Conflicts’, the workshop provided a platform for concerned stakeholders in Sabah to share their concerns and constraints in dealing with human wildlife conflicts, especially human-elephant conflicts faced by oil palm plantations. The second objective of the workshop was to facilitate stakeholders’ feedbacks, in order to assist SWD in their drafting of the 2017-2021 Bornean Elephant Action Plan.

A review and assessment of the 2012-2016 Bornean Elephant Action Plan was also presented, including its shortcomings, in order for the participants to be able to provide constructive suggestions and feedbacks for the next phase of the action plan (2017-2021 Bornean Action Plan). MPOC is happy to note that the three discussion groups (Plantations, Community, Connectivity) managed to generate invaluable suggestions and feedbacks as a framework for SWD in drafting its new action plan.

Finally, a site visit to Sepilok Orang Utan Rehabilitation Centre and the Bornean Sun Bear Conservation Centre was organised towards the end of the workshop. Participants were able to see first-hand the current conservation efforts undertaken for orang utans and Bornean sun bears. In conclusion, the workshop managed to raise a better understanding of the current constraints in addressing human-wildlife conflicts in Sabah, as well as the need for better collaboration between different groups of stakeholders (to address the issue of human-elephant conflicts).

The next course of action is for SWD, with the support of stakeholders, to spearhead the preparation of a White Paper on the mitigation of Human-Elephant Conflicts and the proposed utilisation of the Sabah Sales Tax for Palm Oil to support conservation efforts. The White Paper was proposed for submission to Sabah State Cabinet for its consideration and actions. SWD will also be utilising the feedbacks received from the workshop to improve its Bornean Elephant Conservation Plan for 2017-2021.

Here, MPOC supports a closer cooperation of the Malaysian palm oil industry in realising these objectives and hopes that the feedbacks from this workshop will aid SWD in drafting a more comprehensive and robust Bornean Elephant Action Plan 2017-2021, as well as other conservation activities.

Footnote: MPOC was involved in the formulation of the Sabah Wildlife Department’s Bornean Elephant Action Plan 2012-2016. MPOC also provided financial contributions for the publications of the 2012-2016 Action Plans. This workshop reaffirms MPOC’s pledge to support biodiversity and conservation efforts through collaborations, in order to achieve a balance between plantations, development and conservation in Malaysia. 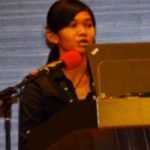 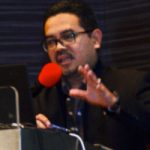 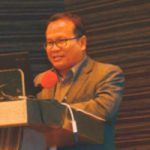 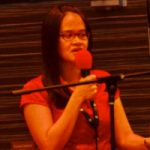 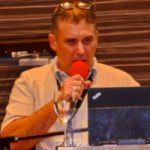 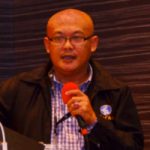 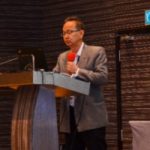