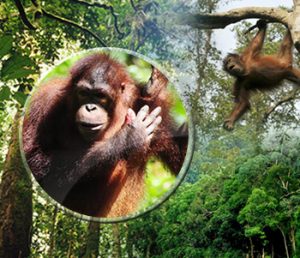 The Sarawak Government recently passed its Forest Bill 2015, which was tabled on 22 April 2015. This new legislation addresses illegal deforestation and is expected to positively impact overall wildlife conservation efforts.

Under the new Forest Bill 2015, the state authorities and enforcement agencies, including the Sarawak Forestry Department and Sarawak Forestry Corporation will be further empowered to deal with illegal logging activities in Sarawak. Stiffer penalties are also in place now, where offenders could now face a fine of up to RM1 million and 10 years of imprisonment for illegal logging. Such stiff penalties is seen to be a positive step in ensuring that Sarawak’s 8.4 million hectares of forests, home to over 12,000 species of flora and 1,000 species of fauna are sustainably conserved.

Deforestation, primarily in the form of illegal logging is the main cause of wildlife displacement. It is estimated that 80% of the world’s flora and fauna can be found in the forests globally and thus it is imperative that Sarawak, a state so rich in biodiversity has more robust measures that can stop these deforestation threats.
The Forest Bill 2015 will complement the existing Wildlife Protection Ordinance 1998 as well as the National Parks and Nature Reserves Ordinance 1998 in the conservation of Sarawak’s endangered species, including its estimated 2,000 Orang Utans and other magnificient species such as clouded leopards, hornbills and sun bears.

Currently, the land of the Hornbills has about 1 million hectares of Totally Protected Area (TPA) that includes 30 national parks, 4 wildlife sanctuaries and 10 nature reserves. These protected areas are prohibited from development and human encroachment activities, including poaching.

This will also bode well for MPOC’s conservation project with Sarawak Forestry Corporation (SFC) in Sarawak, which was funded by the Malaysian Palm Oil Wildlife Conservation Fund (MPOWCF). The programme is a collaboration between MPOC and SFC to undertake wildlife conservation efforts in Sarawak, in particular for Orang Utans and was signed during MPOC’s 5th Reach and Remind Seminar and Dialogue, held in Kuching, Sarawak in 2014.

With the tougher deterrents in place now, the issues of illegal deforestation and logging will now be addressed positively to reduce incidents of wildlife displacements that will place them in danger of human-wildlife conflicts and poaching. The reduction of illegal deforestation will also ensure that the wildlife reserves and natural parks maintain a healthy carrying and caring capacity that should conserve the wildlife population in Sarawak in a sustainable manner. This, too is the goal of the Malaysian palm oil industry, which is to ensure that the development of the industry is sustainable to the people, environment and profit of Malaysia.