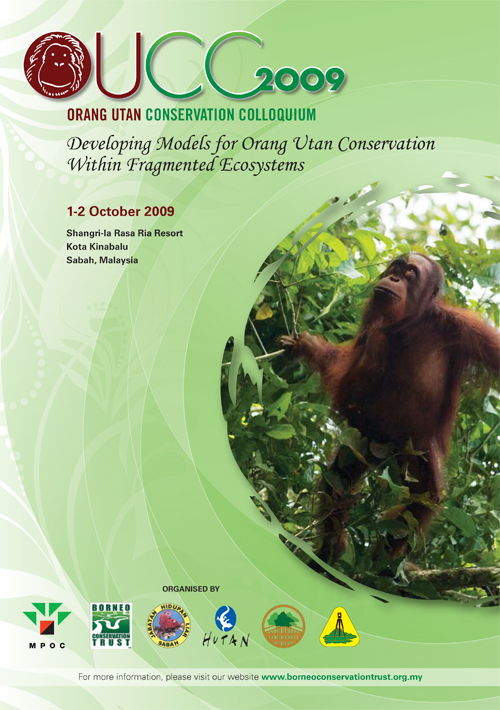 Once widespread throughout the entire South East Asia, orang-utans are now only found in Borneo (Pongo pygmaeus) and in Sumatra (Pongo abelii). These two species are declining fast and orang-utans could be the first living great apes to go extinct if the current trend cannot be halted. Habitat loss (through forest conversion to agriculture) and ecosystem fragmentation are the two driving forces paving the way to orang-utan extinction. Sabah is fortunate that it is still home today to about 11,000 orang-utans, making the State the major stronghold for the North Bornean subspecies (Pongo pygmaeus morio). However, the majority (62%) of these animals are surviving outside of the network of protected areas and major orang-utan sub-populations are becoming isolated from one another. This fragmentation process jeopardizes the long-term survival of the species in Sabah.

Aerial surveys conducted in 2008 by Borneo Conservation Trust in collaboration with the Kinabatangan Orang Utan Conservation Project (KOCP) / the French NGO HUTAN with funding from MPOC, revealed that several hundreds of orang-utan nests were found in mangrove that are physically disconnected from other forests because of plantations and in small islands of forest completely isolated within the extensive oil palm landscape of the State. It is inconceivable that orang-utans will survive in the long-term and will establish resident viable populations in a landscape entirely of oil palm plantations. However, it is highly probable that transient individuals who are dispersing and leaving the forests where they have been born are entering plantations for dispersal. In this case, the oil palm landscape could provide a physical opportunity for disconnected orang-utan populations to be reconnected if the animals were given a more secure opportunity to use this man-made landscape for dispersing.

The major objective of this Colloquium is to present these new results, to discuss them with relevant authorities and stakeholders and to issue workable recommendations to develop new solutions for orang-utan conservation infragmented man-made landscapes and to enhance the chances of long-term survival of the species.