Palm Oil Does Not Cause Cancer

According to the World Health Organization (WHO), Malaysia recorded 48,639 new cancer cases in 2020 and the cancer incidence in Malaysia is expected to double by 2040. There was an 11 % increase in new cancer cases and nearly 30% more deaths from cancer reported in the 2012 – 2016 Malaysia National Cancer Registry Report [1] compared to the 2007 – 2011 report.

At the end of last year, palm oil is said to promote cancer due to its high palmitic acid content. This statement was extrapolated from a published study on the effect of dietary palmitic acid on cancer metastasis in mice/animal models [2]. This study uses palm oil as a primary source of palmitic acid.

It is rather biased to single out one fatty acid from one type of fat and claims that this single compound alone can cause or is linked to the spread of cancer. Although it is long known that excessive intake of fat and fatty acids from any sources, as well as changes in metabolism can be signs of cancer metastasis. It is worth noting that different tumour types seem to display specific fatty acid preferences related to metastasis and cancer (Table 1). 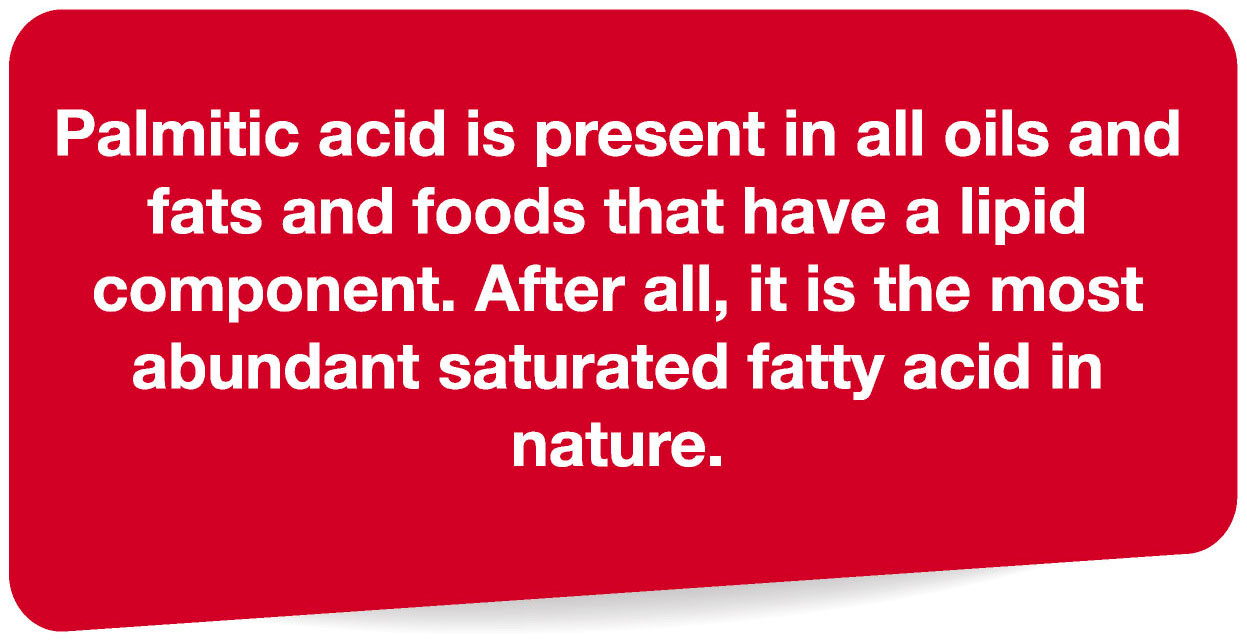 Palmitic acid has been known to have an important role in human development and metabolism as it represents 20 – 30% of total fatty acids in membrane phospholipids and adipose triacylglycerols [5]. Palmitic acid can be found in dairy and meat products, cocoa butter, olive oil and even in human breast milk. Palm oil, for instance, is composed of palmitic, stearic, oleic and linoleic acid . 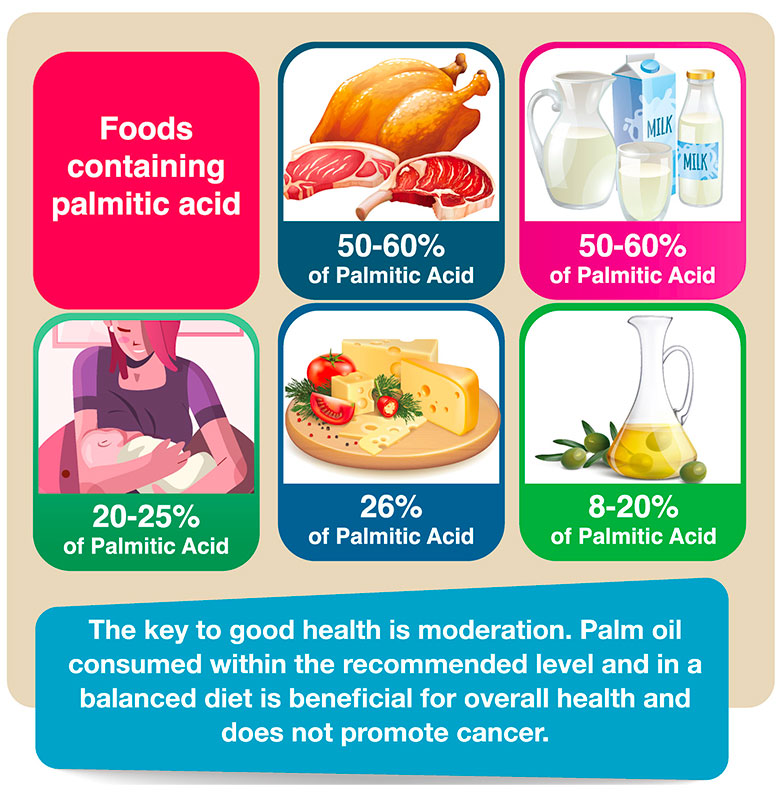 Apart from its balanced fatty acid composition, palm oil is rich with beneficial phytonutrients such as vitamin E and carotenoids. A specially refined Red Palm Oil (RPO) that has high vitamin E tocotrienols and carotenoids content, which is a potent antioxidants, plays a significant role in maintaining the immunity of the human body. Many studies reported that antioxidants in palm oil have the potential to be an anti-cancer agent [6-1 OJ. Chemotherapy and radiation therapy are some of the treatments available for cancer. However, it will generate a reactive oxygen series (ROS) that will induce DNA damage [11]. Antioxidant-rich RPO is said to have a beneficial effect on the consequences of chemotherapy. More than half of all cancers are avoidable by altering one’s lifestyle and eating habits. Cutting added sugars from your diet is one of the simplest changes you can do to improve your waistline while simultaneously lowering your cancer risk.