The International Food & Beverage Alliance (IFBA) aims to phase out industrially produced trans-fats (iTFAs) from global food supply by 2023. Members of the alliance include world-wide known brands such as Nestle, Unilever, McDonald’s, Ferrero, PepsiCo, and The Coca Cola Co. Their goal is to align with the World Health Organization (WHO) recommendation for a maximum iTFA threshold in products of no more than 2g of iTFA per 100g of fat or oil by 2023. In 2018, the members had already met their 2016 target which was to reduce iTFAs to levels less than 1g of fat per 100g of finished product.

The new target is proportionate to the amount of fat in a product, not its finished weight. As an example, a product that contains 10g of fat must not contain more than 2% iTFAs of that 10g fat. This commitment will be aligned to the WHO initiative to remove artificial trans-fats from foods by 2023. In 2018, WHO released REPLACE, a step-by-step guide for the elimination of iTFAs. It was found that more than 500,000 deaths from cardiovascular disease were estimated based on trans-fat intake (Wang et al., 2016). One of the main contributors is food with iTFAs.

It has been confirmed by the Joint WHO/FAO Expert Consultation on Diet, Nutrition and the Prevention of Chronic Disease (WHO, 2003; Nishida et al., 2004) that dietary trans-fat acids have adverse effects on blood and coronary heart diseases which ultimately affect the lives of many. The primary source of iTFAs is partially hydrogenated vegetable oil. The addition of hydrogen atoms during hydrogenation can cause some oils to solidify into a texture similar to that of many oils high in saturated fats, producing trans-fats. This process is useful in many food applications. Light deodorization of marine oils and prolonged deep-frying are examples of trans-fat applications. The common practice of industrial frying is to use partially hydrogenated liquid oils.

In a review by Uauy et al. (2009), it is found that consumption of iTFAs is believed to increase cardiovascular risk in multiple ways. Some of the observable changes are in lipoproteins, proinflammatory effects and endothelial dysfunction. Trans-fat is generally bad for the health as it increases low density lipoprotein cholesterol (LDL) levels while decreasing high density lipoprotein (HDL) cholesterol levels. However, to remove iTFAs completely, partially hydrogenated vegetable oils must be replaced with functionally suitable vegetable oils. The best and widely available substitutes are most definitely, palm and palm kernel oil. A study by Voon et al. (2012) found that palm oil did not exhibit detrimental effects on blood lipid profiles-unlike partially hydrogenated liquid oils. In fact, palm oil was shown to exhibit a slight positive effect on HDL cholesterol and lipoprotein. It is also found that to eliminate iTFAs in industrial frying, which are mostly from these partially hydrogenated vegetable oils, palm olein can be used instead as it has shown stability during continuous frying operations.

Palm oil as the better substitute

During frying, several chemical reactions occur concurrently such as hydrolysis, oxidation, ring formation and polymerization (Mihal, 2020). Due to the chemical pathways of these reactions, the degradation of the frying oil and the fried item would take place. Oils that contain higher amount of polyunsaturated fatty acids such as soybean, corn, sunflower and safflower oil, degrade faster than palm oil. Unlike polyunsaturated oils, palm oil contains less linolenic acid which is highly susceptible to oxidation during frying. For polyunsaturated oils to be used for industrial frying, these oils need to undergo partial hydrogenation, which is unfortunately harmful as it causes the formation of trans fatty acids. 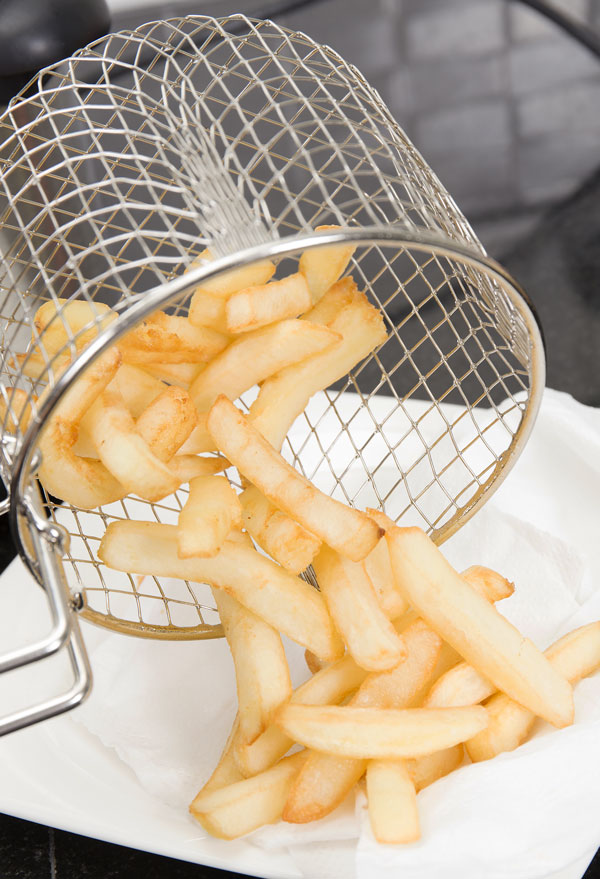 Due to its semi-solid nature, palm oil can be incorporated into foods without the need for hydrogenation. Due to its semi-solid nature, there is no need for palm oil to go through hydrogenation (Mat Dian et al. , 2017). This is due to the 50% saturated fatty acids content, structure of triacylglycerols, as well as higher melting point. Palm oil can also be processed into fractions that have different melting points. Typically, palm oil has two fractions, which are liquid oil olein and hard stearin. This attribute makes palm oil a versatile vegetable oil for various food applications (Deffense ,1985).  Palm olein is used as cooking and salad oil while palm stearin is used in frying fats, shortenings and margarines. To achieve the desired fatty acid composition in any product, palm oil can be blended with any other oils (Sundram et al. 2003). For example, this has been demonstrated previously in the American Heart Association-blend (Sundram et al., 1995 ; Sundram et al., 1996) in which palm olein contributed 40% of the blend’s composition and this resulted in an optimum LDL and HDL cholesterol ratio. In Australia (Wijesundera et al. 2007), majority of popular food chains have replaced partially hydrogenated oils with palm oil and others. The study also found that French fries are most commonly fried with palm and canola oils. It was found that iTFAs level has become relatively low (0.9g-4.1g /100g fat). This was only contributed by canola oil as palm oil is free of trans-fat. 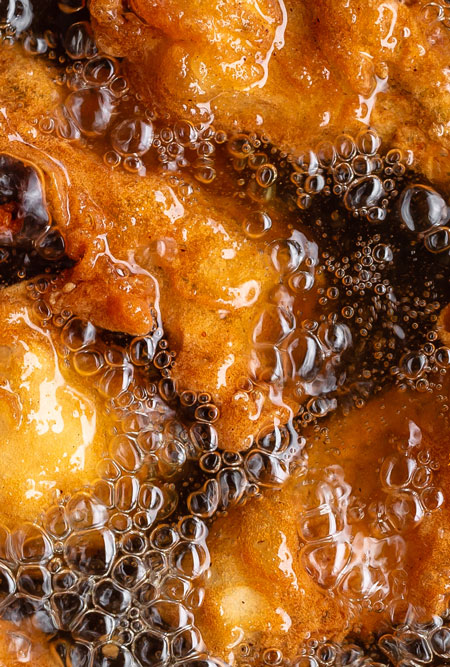 Palm oil, processed or unprocessed, is rich in tocopherols and tocotrienols (vitamin E). Crude palm oil on the other hand, is rich in carotenoids (vitamin A) (Ong, 1994). Vitamin E is an important antioxidant, which helps combats chronic diseases (Dauqan et al. 2011). The primary role of vitamin E is to prevent oxidation of fatty acids in oils by free radicals. Much like vitamin E, vitamin A also acts as an antioxidant that prevents oxidation of cells and tissues by free radicals. Additionally, red palm oil, as natural carotenoid abundant oil, has been suggested to protect the heart against oxidative stress in rat (Van Rooyen et al., 2008). It is the presence of tocopherols and tocotrienols in palm oil that provide better oxidative stability during frying. Palm oil has been proven to be a nutritious component of diet and it would only be fitting for a trans-fat free oil to be the primary choice to replace partially hydrogenated vegetable oils.

“Palm oil has been proven to be a nutritious component of diet and it would only be fitting for a trans-fat free oil to be the primary choice to replace partially hydrogenated vegetable oils.”