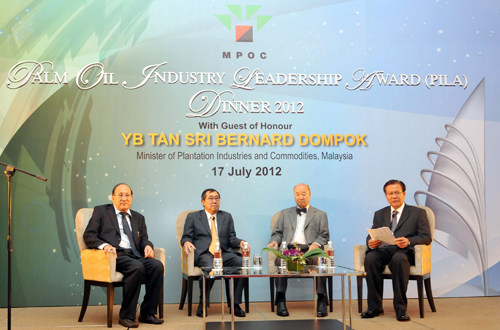 Kuala Lumpur, 17 July 2012 – The fifth Palm Oil Industry Leadership Award (PILA) Dinner was held in Kuala Lumpur on 17th July 2012. The PILA award by the Malaysian Palm Oil Council (MPOC), was initiated in 2008. It is an important recognition for Malaysian palm oil industry leaders who have impacted the industry in the current or past years in such an outstanding way, either through their innovative thinking, policy changes, corporate governance or leadership qualities that have resulted in immeasurable benefits to the palm oil industry or created substantial opportunities in new developments and markets for Malaysian palm oil.

Prior to the dinner, an evening forum was organised with guest speaker, Mr Mechai Viravaidya, a former Cabinet spokesman of Thailand and Chairman of Mechai Viravaidya Foundation, giving an insightful presentation “A Cheerful Revolution in Education”, on Thailand’s education programme that incorporates agricultural training and projects for economic independence . This was followed with two short presentations entitled “Malaysian Palm Oil: The Next Decade” and “My 41 Years in the Refining Industry” by both recipients, Tan Sri Lee Oi Hian and Dato’ Er Kok Leong, respectively. 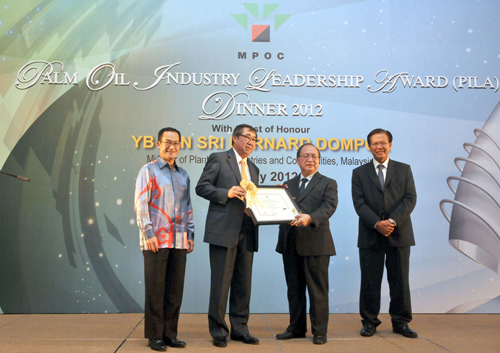 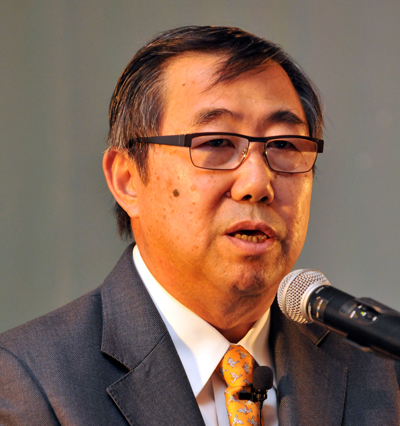 Tan Sri Lee Oi Hian is a visionary leader, notably dedicated to the palm oil industry. He began his career in the palm oil industry at Kuala Lumpur Kepong Berhad (KLK) in 1974. A year later he pursued his MBA at Harvard, USA and returned to KLK as its Head of Production Control Division.

In 1985, he was appointed to the KLK Board and subsequently became its Managing Director in 1988 before being appointed Chairman and CEO of KLK Berhad in 1993. Since 2008, he voluntarily relinquished his appointment as Chairman and continues as its CEO. Under his experienced leadership KLK metamorphosed into a global leader in the oils and fats industry with investments spanning plantations, refineries, oleochemicals and palm nutraceuticals. These are currently located in Malaysia as well as several strategic countries overseas.

Tan Sri Lee has served the industry in various positions including as Chairman of MPOC (1996-2009) and Malaysian Cocoa Board (1993-1997). He previously served as President of the Malaysian Estate Owners’ Association (1986-1990) and as a member of the Malaysian Palm Oil Board, Malaysian Palm Oil Growers’ Council and currently serves on the Malaysia-China, Malaysia-Indonesia and Malaysia-British Business Councils. He is currently Honorary President of the Associated Chinese Chambers of Commerce and Industry, a trustee of the Perdana Leadership Foundation and Yayasan Tuanku Bainun. 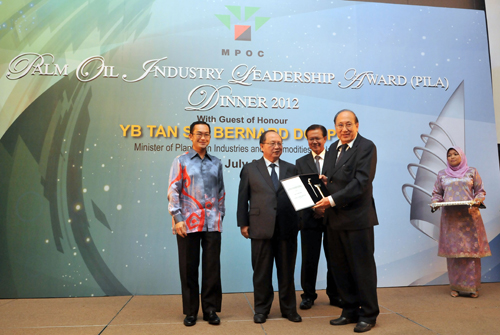 Another coveted award, Lifetime Award for Excellent Services to the Palm Oil Industry was also conferred at the event. The award recognizes individuals who have rendered a lifetime of service to the Malaysian palm oil industry. It was introduced in 2010 and was first given to KG Berger while Professor Dr KC Hayes was the recipient for the following year. 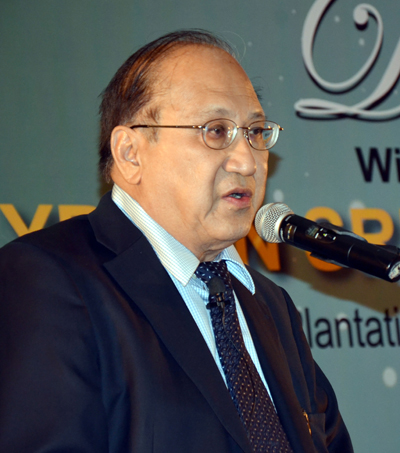 The recipient of the 2012 Lifetime Award for Excellent Services in the Palm Oil Industry is Dato’ Er Kok Leong.He is currently the Corporate Advisor to Intercontinental Specialty Fats Sdn Bhd (ISF), and has devoted nearly four decades of his life to the palm oil industry and associated business developments. He has excelled in the core areas of palm oil refining, fractionation, and downstream applications to produce mainly palm-based specialty fats for the confectionery and chocolate industries. He is a renowned expert in vegetable oil and fat processing technology, which are related to hydrogenation, interesterification and formulation of specialised cooking oils, earning numerous local and international awards.

His efforts were instrumental in advancing the use of palm oil and palm kernel oil as replacements for tallow and coconut oil in the production of soap bars. Similarly, he provided an alternative to dairy fats with the use of palm oil, creating a major market opportunity through condensed filled milk products.

Dato’ Er successfully turned ISF into an internationally recognised global leader in the competitive specialty fats market. This was even more meaningful since much of the start-up depended on home based technologies, innovations and formulations that were his brainchild.

Dato’ Er continues to share his precious knowledge and provide his leadership to the industry through many avenues. An active member of PORAM and its past President, he also serves as a board member at MPOC.