Imports of Malaysian palm oil by countries in Sub-Saharan Africa increased by 12.51 per cent during Jan-May 2022 period compared to the same period last year. Despite high prices of palm oil, few countries in the region notably Kenya, Tanzania, Togo, Senegal, and Benin have increased their intakes of MPO in Jan-Apr 2022 compared to the year before.

Kenya continues to be the leading importer of MPO from the region with 317,589 MT of imports volume as the demand for CPO from local refineries in Kenya continues to increase in the past few years. In addition, the role of Kenya as a hub for the East Africa region cannot be overstated. Palm oil that is exported by Kenya is also re-routed to the bordering land-locked countries like Rwanda, Burundi, Uganda, and the Democratic Republic of Congo. While most of the palm oil processed in Kenya’s refinery is consumed by the local populations, some of its bottled cooking oil is also re-exported to neighbouring countries like Tanzania and Mozambique.

For countries that rely on cross-frontier trade, such as Togo and Benin, a large improvement in MPO imports by these two countries in Jan-May 2022 is quite an interesting development. In 2021, Benin and Togo imported much less MPO compared to the previous years, as those countries’ borders were closed, and trade was restricted with several of their neighbours in the region including Nigeria, Ghana, Mali, Burkina Faso, and Niger. However, since the beginning of 2022, there is some improvement in cross-border trade between Togo and Benin with the neighbouring states in the West Africa region

Malaysian palm oil imports by other traditional major buyers from the region such as Mozambique, Nigeria, and Ghana have reduced quite considerably compared to the same period in 2021. Minimal import volume by Nigeria and Ghana suggests that local palm oil production in these two countries is improving in the past few months and also the possibility of cross-border trade between Ivory Coast, Benin, and Togo with Ghana and Nigeria. Industry sources in Nigeria attributed the drop in the import volume of palm oil is due to the ongoing massive expansions by existing plantations and the entry of new players, which have helped in raising domestic production. However, there are no reliable figures for the increase in Nigeria’s and Ghana’s palm oil production and the actual volume of cross-border trade with their neighbouring West African countries. Moreover, high palm oil prices and high inflation rates since the beginning of this year have dampened the demand from some countries in the region as it erodes consumers’ purchasing power and less oils and fats consumption.

Palm oil prices have now peaked, as Indonesia lifted its export ban on 21st May 2022. Palm oil prices had already risen to an all-time high in March 2022 following a drop in edible oil stocks including the impact of Russia’s invasion of Ukraine. The price is expected to go down to a more stable level in the second half of this year as the supply of edible oil is recovering.

In the next few months, countries like Mozambique, Nigeria, Ghana, and South Africa are expected to import more MPO as palm oil prices become more affordable. The import performance of these countries will be based on indicators such as economic recovery, dollar availability, spending power, vaccination rate and others. Emerging countries such as Madagascar, Angola, and the Congo Democratic Republic have the potential to import more Malaysian palm oil as better economic conditions and lower palm oil prices will propel growing domestic demand and growth in the food processing industry. However, a drastic shortage of US Dollars especially in Kenya and Nigeria could hamper the facilitation of essential foreign transactions to import palm oil from Malaysia or Indonesia. 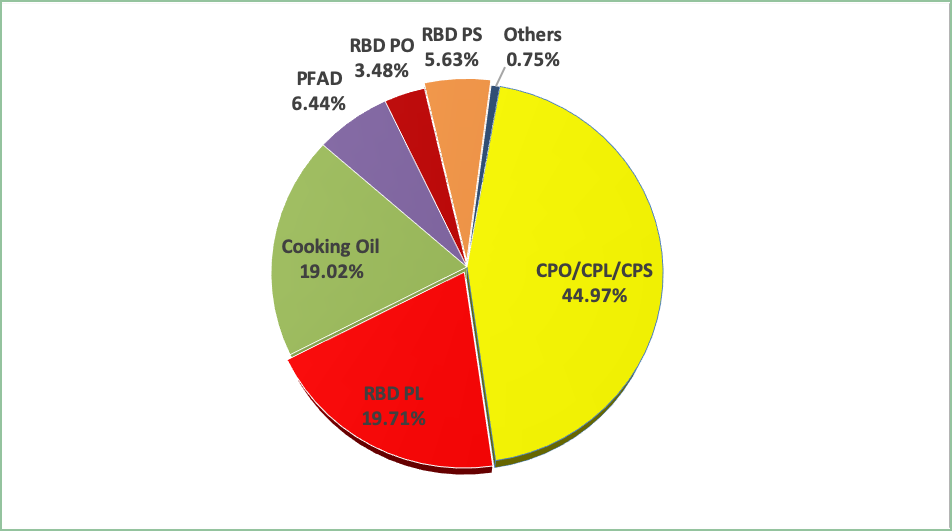