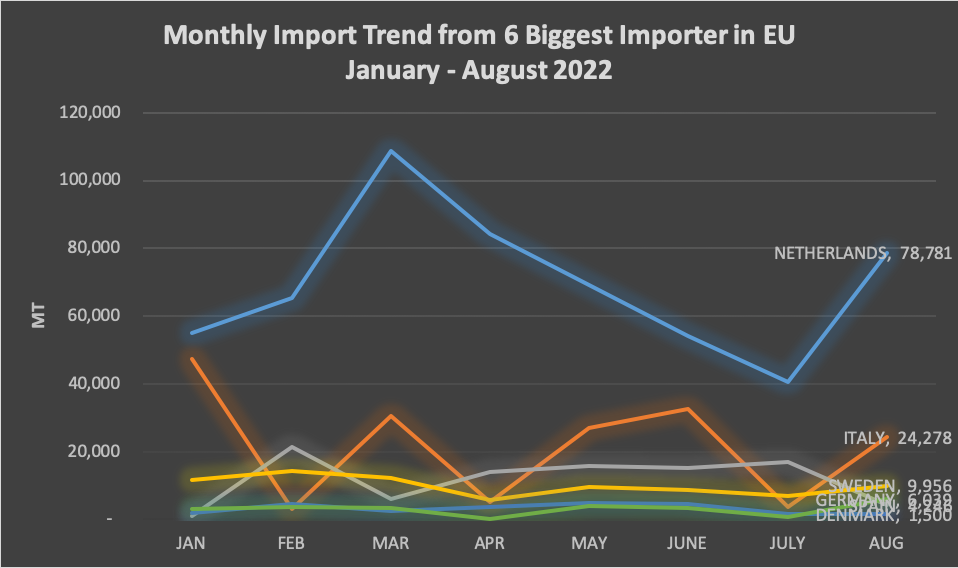 Spain trailed behind as the third largest importer of Malaysian palm oil with a cumulative import of 94,786MT for the year. However, Spain’s import trend is unique as more compared to the Netherlands and Italy. The import trend of Spain has been generally consistent. From our analysis, Spain imported more than 10,000 MT in five of the eight months. 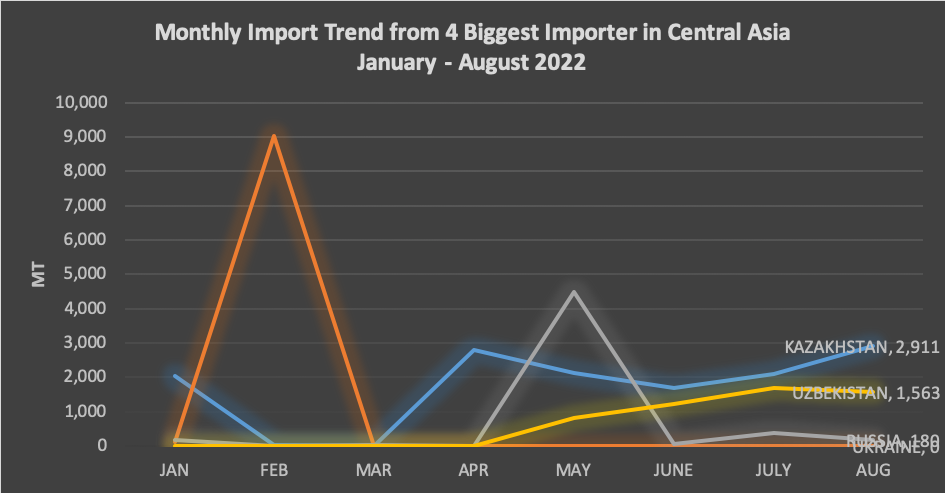 Central Asia and Eastern Europe countries proved to be a valuable Sub-Region with 36,172 MT of Malaysian palm oil imported between January to August 2022. Kazakhstan led the demand for Malaysian palm oil with an import of 2,911 MT in August 2022. For the year, it has already imported 13,274 MT, with a consistent import ranging between 1,700 MT to 2,900 MT each month from April 2022.

Uzbekistan trails behind as the second biggest importer of Malaysian palm oil for August 2022 with an import of 1,563 MT. For Uzbekistan, there has been an uptake of MPO since May 2022. Should this trend continue for the rest of the year, Uzbekistan is on track to exceed its 2021 MPO import by at least 200% Y-O-Y.

As for Ukraine, its last import of Malaysian palm oil was recorded in February 2022, with a volume of 9,035 MT. This is understandable due to the invasion of Russia that started in February. This is a direct impact of the Russian-Ukraine war that disrupted the palm oil trade between Malaysia and Russia.

Exports of certified sustainable palm oil products (RSPO and ISCC certified) into the EU continue to be the biggest component of Malaysian palm oil exports to Europe, comprising 32% of the total. The import of RSPO-certified CPO led the demand of Malaysian palm products for January – August 2022. The volume imported was 188,310 MT. CPO import to the Region was recorded at 174,131 MT. 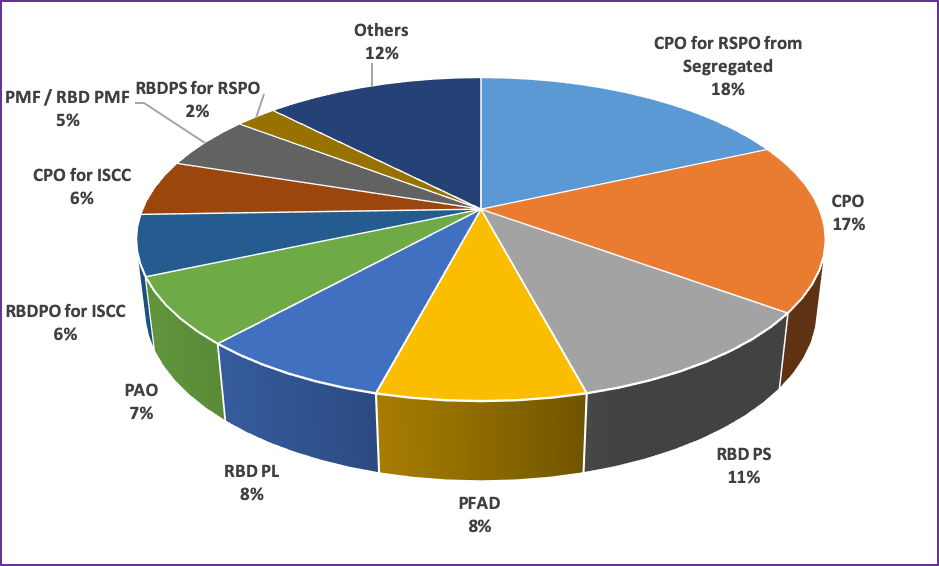