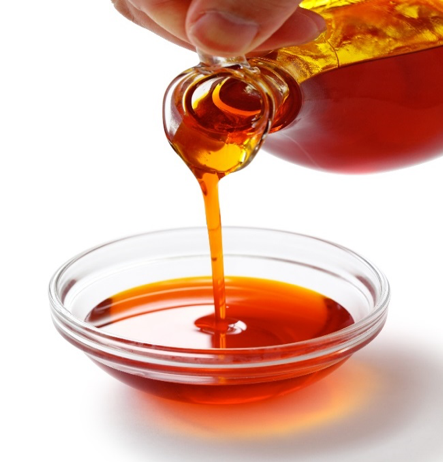 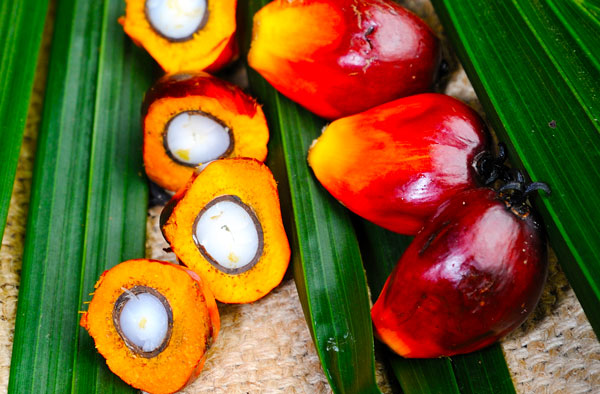 Red palm oil (RPO) is extracted from the mesocarp of the oil palm fruit. Unlike crude palm oil (CPO), RPO is obtained through a modified physical refining process. The process consists of pre-treatment of CPO by degumming and bleaching, followed by deodorization and de-acidification. During pre-treatment stage, CPO is treated with phosphoric acid and subsequently treated with bleaching earth followed by filtration. The oil is then de-acidified and deodorized through molecular distillation at low temperature and pressure (Choo et. al, 1995).

Apart from the physical refining method, RPO can also be obtained through a modified chemical refining process. This process involves pre-treatment of CPO as mentioned above, followed by deodorization at low temperature (Affandi et. al, 1995).

The processing of RPO preserve about 80% of the carotenes and vitamins present in CPO (Ooi et.al, 1991). Thus it is rich in  phytonutrients such as carotene (that gives the oil a brilliant red colour), vitamin E, phytosterols, squalene and coenzyme Q10 (Table 1) (Tay et. al, 2000). 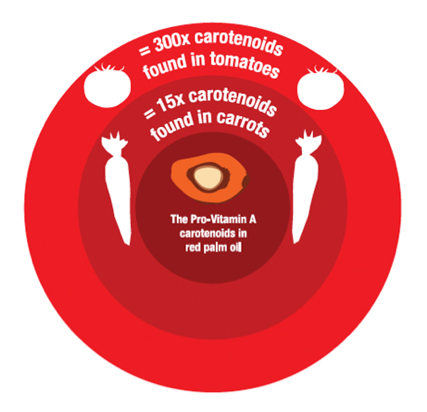 Figure 1. Comparison of Retinol Equivalents (RE) of RPO with other plants

RPO is one of the richest natural plant sources of carotenoids which are naturally occurring as fat-soluble pigments. They are the most widely distributed pigments in nature and are the source of yellow, orange and red colours in many plants. They can be broadly classified as carotene and xanthophylls.

There are 13 types of carotenoids found in palm oil. β-carotene and α-carotene are the major carotene in commercial RPO, accounting for 41.0% and 41.3% respectively (Scrimshaw, 2000). RPO contains 15, 44 and 300 times more retinol equivalents (provitamin A) than carrots, leafy vegetables and tomatoes respectively (Van het Hof et. al, 2000).

Since carotenoids are fat-soluble pigments, they need fat for conversion into vitamin A. They are then absorbed in the small intestine (Chandrasekharan, 1997). A minimum of 5g of fat is required for an optimal absorption of carotenoids. However, continued consumption of RPO does not lead to toxicity or hypervitaminosis. This is because the in vivo conversion of β-carotene to vitamin A is regulated by metabolic processes (Choo et. al, 1993).

Vitamin E is an important antioxidant and confers stability against oxidative deterioration of the oil. Compared to RBD palm oil, more than 80% of vitamin E present in CPO is retained in RPO (Table 2). The presence of both vitamin E and carotene provides synergistic protection against auto and photo-oxidation of unsaturated triglycerides (Basiron and Sundram, 1998).  Several studies reported that palm tocotrienols can lower plasma cholesterol, exhibit anticancer properties and protects cellular membranes against oxidative damage (Nesaretnam et. al, 1995, Kamar et. al, 1997).

All major sterols in CPO are retained in RPO. Upon conversion into steroid derivatives, sterols have great potentials in food and pharmaceutical industry (Hedtmann et. al, 1988). Sterols are valuable minor component in RPO which are effective in lowering plasma cholesterol level (Farquhar, 1996).

In RPO, ubiquinone-10, also known as coenzyme Q10 (COQ10) is present.  It has been reported that COQ10 helps in boosting immune system, relieves angina, protects against heart disease and reduces high blood pressure (Goh, 1996). Studies found that the quinol form of the compound is an antioxidant that is ten times more effective than vitamin E (Choo et. al, 1996a, 1996b).

RPO is being used in salad dressing, curries and sauces (Unnithan and Choo, 1996). RPO can also be used to make margarine by giving the required colour and the desired level of provitamin A. RPO is also ideal for stir frying, since most of the carotene is retained in the cooked foods (Choo, 1993). Apart from that, RPO has also been used in shortenings, vanaspati, cake mixes, breads, biscuits and also health foods.

At present, though most of the valuable minor components of CPO are retained in RPO, the nutritional potential of RPO is underutilised. RPO supplementation could be a practical and economical approach to address vitamin A deficiency and other health problems such as cancer, diabetes, infections and cardiovascular-related complications.  To date, most studies were animal-based. Further clinical studies are needed to support the growing evidence that RPO can be a useful and healthful addition to the human diet.