It’s been a century since oil palm was commercially cultivated in Malaysia and providing a major source of edible oil for more than 3 billion people worldwide. Even after so many years of contribution towards global food security, palm oil continues to be demonized by much misinformation. The recent article by Ashitha Nagesh entitled Palm Oil is Destroying The Planet and Killing Animals – and It’s In Almost Everything, via http://metro.co.uk/2018/02/04/palm-oil-destroying-planet-killing-animals-almost-everything-7286443/ is one such example. 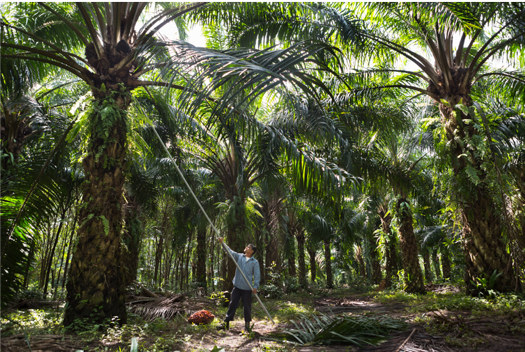 The article do not carry any credibility but mostly poised around consumers’ emotion and concern over wildlife and conservation. Most of the arguments are not supported by facts but mere assumption supported with dramatic and striking pictures collection of wildlife portraits and deforested landscapes.  Like many other authors and writers who are charged with anti-palm oil sentiments, the approach take a deem emotion on the concern over the deforestation on the planet and the displacement of the forest inhabitants such as the orangutan with much emphasis on palm oil cultivation towards wildlife extinction.

Palm oil is a vegetable oil produced from the oil palm fruit. Malaysia and Indonesia are responsible for producing about 85% of the world’s palm oil, while other producers include Thailand, Columbia, Nigeria, Papua New Guinea and Ecuador. Palm oil is found in almost 50% of food products in the supermarket; from chocolates to biscuits and peanut butter to ice-cream. Palm oil in its various fractions and derivatives are a common ingredient in these food products. In addition, oleochemicals derived from palm oil are also used in the production of personal care products, detergents and household cleaning products.

The usual misinformation on why palm oil is in almost half of the products that you purchase from the supermarket is considered superficial. Palm oil is a fruit oil and is non-GMO. This is extracted from the flesh of the fruit or mesocarp while palm kernel oil is obtained from the oil palm seed (kernel). 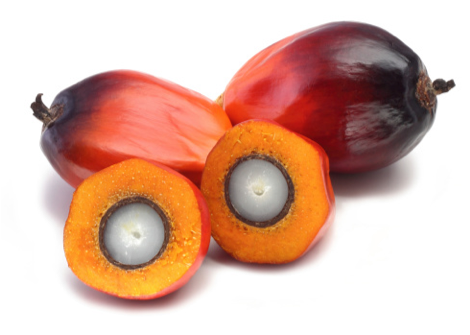 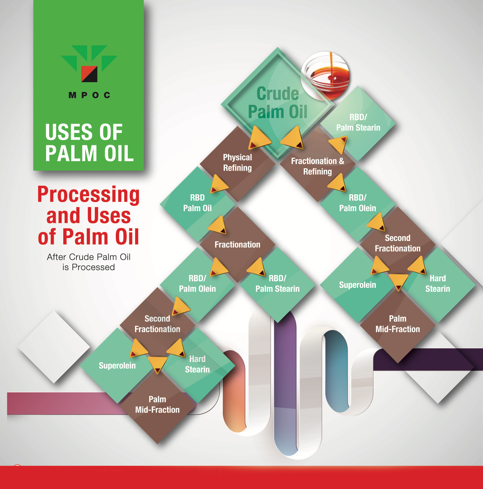 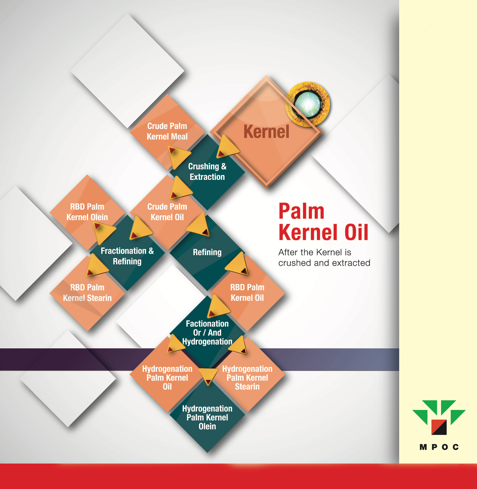 This has been a bizarre allegation but has been overexploited through social media in which readers have failed to decipher the facts. Again the author tried to build credibility with this accusation by referring to the alleged claim by WWF.

An easy calculation shows how this allegation is totally absurd and baseless. Forest areas with the size of three hundred football fields cut down in an hour works out to approximately 1.8 million hectares of forest loss a year. The fact is oil palm has been cultivated commercially in Malaysia since year 1917, which register 100 years of cultivation in 2017. However the total land area currently under oil palm planting in Malaysia is only about 5.8 million hectares and reaching its maximum. In Malaysia, oil palm is planted on legally designated agricultural land in which the majority of land used for new cultivation was mostly previously cultivated agricultural land and degraded forest areas rezoned for agriculture and now converted to oil palm. The allegation is therefore refuted.

As for the article, the author misled the readers on the absurd mathematical assumption and linking it to burning of forests which causes haze and contributing to climate change. This issue was misdirected into the current condition of the orangutans which is critically endangered. Oil palm development has also been blamed for leaving them vulnerable to poachers leading to the illegal pet trade and alleged  entertainment business based in south east Asia. The Orangutan is classified as Critically Endangered (CR) under the IUCN Red list and is protected under the law of Malaysia and Indonesia government. Orangutan has been subject to poaching mainly in Kalimantan region but this is not directly relevant to oil palm production and to claim such an official record which was not named to blame palm oil production for the cause of 1,000 individuals of orangutan mortality annually is questionable.

“So many different euphemisms for palm oil” – a derogatory term

The author used a derogatory terms to  substantiate the alternate names of palm oil and its derivatives and this shows how ignorant the author is on the palm oil fractions and its usage. Palm oil can be fractioned into olein and stearin due to the different melting points of its tryglicerides. Depending on the manufacturer’s requirements, this fractionation process can be further applied on these two products to give various other downstream products such as super olein and various palm mid-fractions. Similarly, palm kernel oil is fractionated to give palm kernel olein and palm kernel stearin. Each palm oil fraction is recognized through standards depicted in CODEX Alimentarious, Food and Agriculture Organisation (FAO) and the World Health Organization (WHO) for named edible oils. Thus everything used in foods (and even non-foods) is properly standardized and defined. There should not be any confusion even when these products are named prominently on food labels. The producers and manufacturers have nothing to hide and welcomes proper labeling of all palm oil, its fractions and products incorporated into food formulations. Thus the claimed alternate names are not euphemisms or in any way shows that palm oil and its derivatives are of lower quality.

What Ashitha mentioned in Metro UK, is nothing new when comes to the allegations as an environmental NGOs. The palm oil industry is continuously accused of driving wildlife species to the brink of extinction and the Orangutans has always been in the centre of attention.

The truth of the matter is as follows; 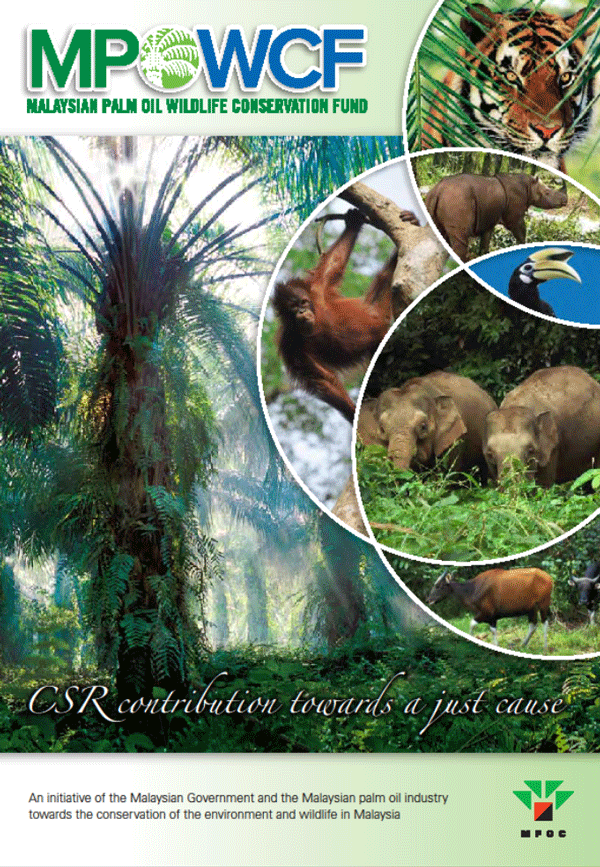 i) Malaysia Is Committed to Its Pledge

Malaysia is a developing country which heavily relies on its natural resources for economic development and has honoured its pledge made at the Rio Earth Summit 1992 to uphold 50% of its land under forest cover. Recent Malaysian forest hectarage as published in the Global Forest Resources Assessment (FRA) 2015 report (United Nations Food and Agriculture Organisation) reported that Malaysia currently maintains 22,195,100 ha or 67.6% of its total land area as forest. This is significantly higher than most European countries such as United Kingdom (13%), Belgium (22.6%), France (31%) and Italy (31%).

Malaysia is a country which gives high priority towards protection and conservation of its mega-biodiversity. The National Policy on Biological Diversity emphasizes continued conservation by providing direction and framework in conserving the nation’s biodiversity in the face of increasing challenges. The policy strongly calls for active participation by all stakeholders which compliments Malaysia’s obligation under the United Nations Convention on Biological Diversity and aims to implement the Sustainable Development Goals.

The palm oil industry is frequently accused of driving wildlife species to the brink of extinction. Malaysian palm oil industry with its Malaysian Palm Oil Wildlife Conservation Fund (MPOWCF) supports the nation’s cause for biodiversity conservation by managing various conservation projects. MPOWCF continuously identifies conservation projects and assists in the rehabilitation and survival of several iconic species.  MPOC supports other organizations such as PERHILITAN (Department of Wildlife and National Parks Peninsular Malaysia), Sabah Wildlife Department and Sarawak Forestry Corporation in their efforts towards wildlife conservation. 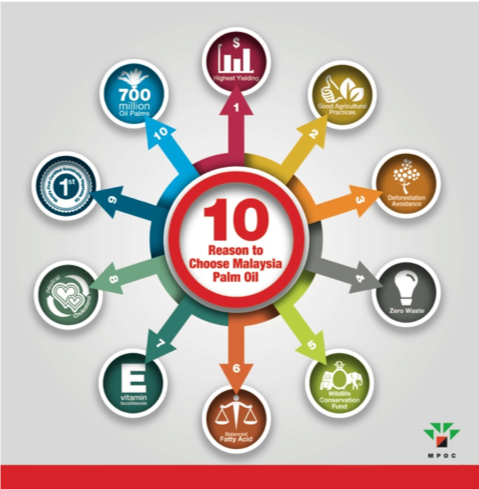 After heavily subduing the readers’ attention and mind with so much negativity and an anti-palm oil campaign with enough misinformation, the author took a slight turn to promote sustainable palm oil. However, it didn’t seem convincing. There has been some major calls to boycott palm oil initiated by fanatic anti-palm oil groups. Consumers are constantly made to believe that boycotting palm oil is the solution to stop its domination in the global oils and fats industry. The solution put forward on boycotting palm oil to save the planet is totally wrong and unfortunately the impact may be worse. Lobbying manufacturers and consumers to choose other types of oil to substitute palm oil will significantly increase land used to grow and produce alternate edible oils. Oil palm is the most efficient crop which produces up to 7-10 times the yield of alternative vegetable oil crops. The need and use of more land will directly increase deforestation and species loss if palm oil is avoided. 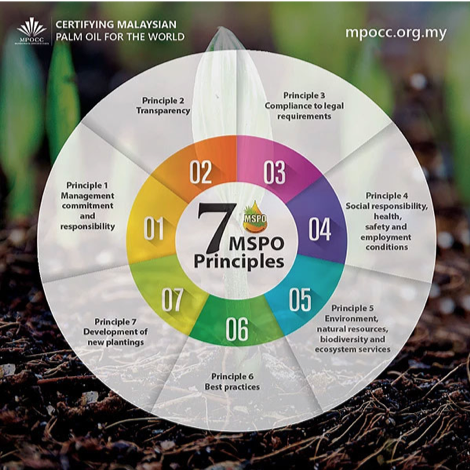 Certified sustainable palm oil provides consumers with environmentally friendly options. Palm oil is certified by organizations such as the Roundtable on Sustainable Palm Oil (RSPO) and the International Sustainability & Carbon Certification (ISCC) using guidelines and criteria that include elements addressing deforestation, habitat loss and social conflict. There are also other certification schemes implemented by the government of major palm oil producing countries. Malaysia has established its own sustainability certification scheme for palm oil production. Malaysian Sustainable Palm Oil (MSPO), ensures compliance in accordance with  Malaysian laws,  ratified international agreement and conventions. The standard also encompasses the 3 pillars of sustainability. Certification enables sustainable production and verification along the supply chain for palm oil and ensures the end products are certified too. Consumers play a major role in ensuring that this trend will increase, to improve the industry and the supply chain. 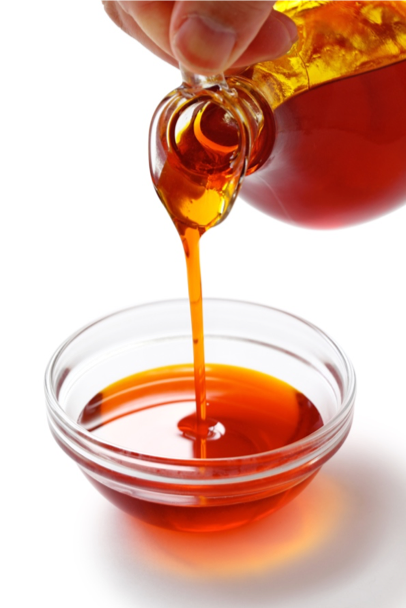 In certain processed food, substitutes to palm oil such as the GMO derived  rapeseed oil and soya oil and the addition of trans fat might have a more adverse effect on consumers’ health in the long run. There is more evidence now to suggest that consumers should focus on reducing trans fat and sugar among others, in our diet which promotes heart disease and leads to other health problems such as diabetes and obesity. One of the important factors which enables food manufacturers to use palm oil in their products is to replace partially hydrogenated unsaturated oils which contains trans fatty acids.

The author failed to give relevant recommendation for healthy meals but instead propagating ideas to avoid palm oil in a subtle way but claims to be promoting sustainable palm oil and further manages to confuse the consumers. All allegations listed and the benefits of palm oil is obviously imbalanced and reflects the author’s prejudice. Such allegations are collection of unverified claims which lacks ground verification and do not portray personal experience on dealing with the industry and commodity.

It is time that consumers are better informed using true and trusted facts and not misled by significant articles fulls of palm oil misconceptions such as “Palm Oil is Destroying The Planet and Killing Animals – and It’s In Almost Everything”. Palm oil is an important commodity in the global oils and fats market and it is an essential vegetable oil for ensuring global food security. Malaysian palm oil is produced sustainably and responsibly while complying to existing national regulations, complemented with best practices and plantation management, without neglecting the environment and its services. Malaysian palm oil is important in supplying the world’s requirement for affordable oils and fats compared to other edible oils. Malaysian palm oil industry’s sustainability policy and certification system ensures the production and the availability of high quality palm oil in the global market.