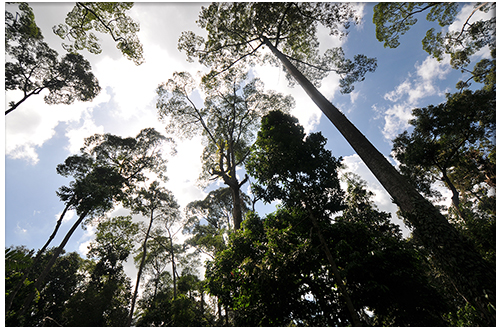 Forests form about 30% of the world’s land area. They carry out very important ecological functions in the world, one of which is to remove carbon dioxide from the atmosphere and replace it with oxygen.  Forests are , thus, huge carbon sinks.

Forests are not evenly distributed throughout the world. Besides, they also have varying  amounts of biomass. The tropical forests have the highest biomass due to the ambient climatic conditions of high rainfall and long sunshine hours, which favour plant growth. As such, tropical rainforests have always fascinated scientists and writers due to the rich diversity  of flora and fauna.

While the  major carbon stock of forests is present above ground, peat soils have high carbon stocks below ground. There is great concern that carbon dioxide will be released into the atmosphere when forests and peatland are cleared for cultivation as this will lead to climate change.

MPOC found that uncertainty still prevails on the reality of the definition and delineation of land with high carbon stocks that will be barred for oil palm cultivation. To read the full submission of MPOC, click here.