Understanding Land Use and Deforestation – Part 1: What is a Forest?

The earth has a surface area of 51 billion hectares (ha)1. Seventy one percent of it is covered by water and the remaining 29% is land mass2. Forests cover  4.6 billion ha or 31% of the land mass but they are not equally distributed around the globe3.

Land is a natural resource which has been used by humans since time immemorial. Land use is defined as any kind of permanent or cyclic human intervention to satisfy human needs4.  Much of the land or approximately half of it has already been used for agriculture5.

We intend to provide a better understanding on the  relationship between land use and deforestation. This is the first article in the series.

Forests mean different things to different people. It may surprise you to know that a forest may not have any trees but it is true since there are at least 800 definitions6 of forest.

The word ‘forest’ originated from the Latin phrase ‘forestemsilva’ that was used during the Medieval times. The meaning of this phrase was ‘the outside woods’7 and referred to areas of land used by Emperor Charlemagne for hunting.

In time, the phrase was shortened to ‘forest’ and denoted an area of unenclosed countryside, consisting of a highly variable mixture of woodland, heathland, shrubs and agricultural land. In the 14th century, the word forest was used to mean an extensive tree-covered district, especially one set aside for royal hunting and under the protection of the king. It was derived from the French word ‘foret.’

Forests can be small or large in size. The interior of the latter kind of forests may not be easily accessible, unexplored and unknown. No wonder some people view them as dangerous, especially lush tropical forests. They are so dense and if someone goes trekking and is unlucky to get lost, it may take a long while or maybe, never to get out of these forests again.

Most people view a forest as an area with thick growth of trees and plants. So it may be surprising, but it is true that there are situations when a forest may not have any trees at all. This happens when the land is zoned for administrative purposes which may not bear any relationship to vegetation. Thus, the land may be marked for use in agriculture, urban or mining purposes. All other land which does not fall into these groups is marked as forest. As such, even though there are no trees on the land, it can be classified legally as a forest area for administrative purposes8.

Forests in the world can also be classified according to their locations9. Boreal forests occupy the subarctic zones and are generally coniferous in nature. Temperate forests are situated in temperate regions and have both coniferous and broad leaf trees. Similarly, tropical  and subtropical forests are located respectively in tropical and subtropical zones in the world.

Sometimes forests may be referred to as primary (Figure 1)  or secondary forests10. The former is a forest that has never been logged and exists today as a result of natural processes.  The age of the forest is not important. However, in many parts of Europe, age is important. Here the primary forest is a forest which has been continuously wooded throughout historical times e.g. the last 1,000 years10.  It must not have been completely cleared or converted to another land use type for any period of time. Shifting cultivation and logging may, however, have taken place. 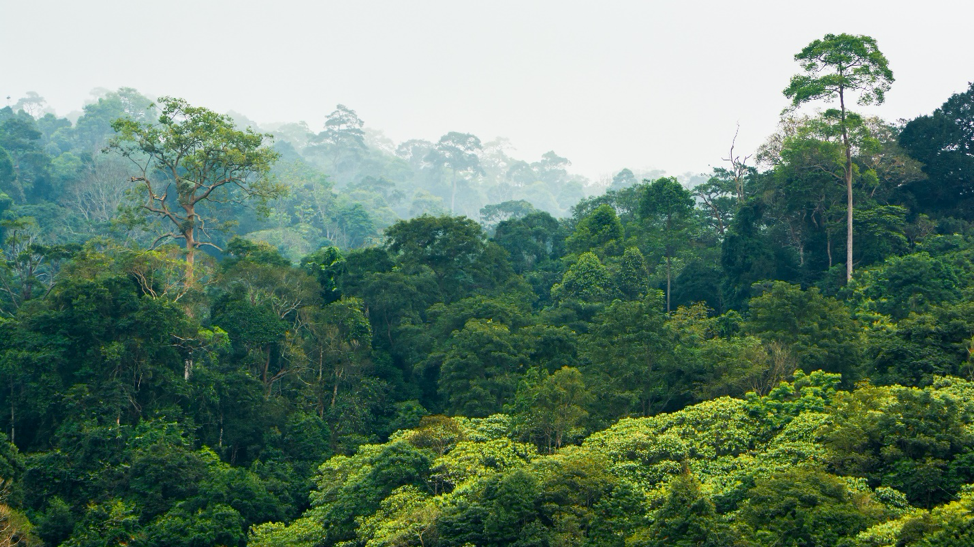 Figure 1.  View of a primary forest

A secondary forest has been logged and has recovered naturally or through a reforestation process. However, if the secondary forest has lost its structure, function, species composition or productivity that is associated with the primary forest type, then it is called a degraded forest11 and shown in Figure 2. 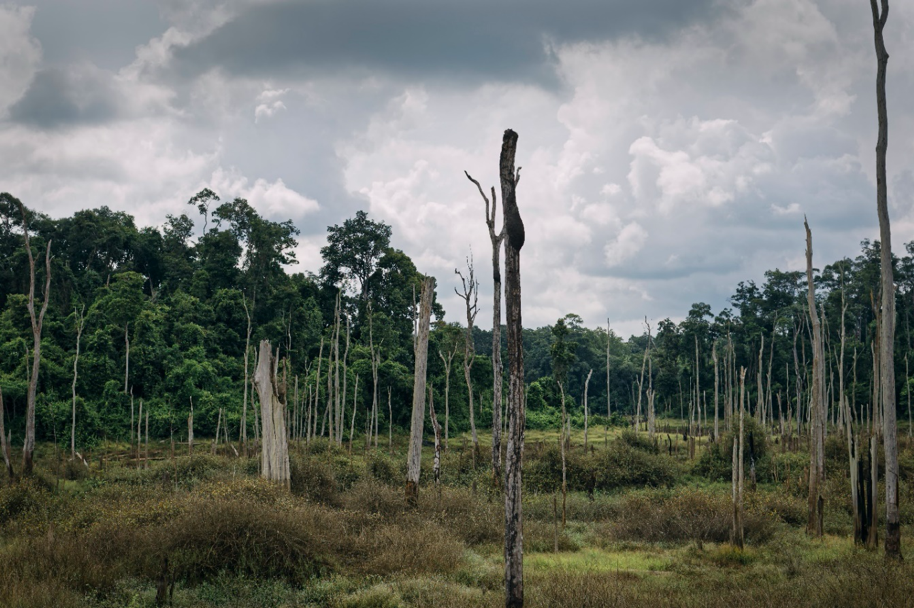 Figure 2.  View of a degraded forest

Scientific definitions of forest are more exact. For example, the United Nations Framework Convention on Climate Change (UNFCCC), which is the international organization that has the important task to report on the greenhouse gas emission inventories of nations in the world, defines a forest as having a minimum area of 0.01-1.0 ha, 2- 5 meters (m)  for minimum height of trees and 10-30% for minimum forest cover13.

The Food and Agriculture Organization of the United Nations (FAO), which is a global organization that has been assessing the status of the forests in the world regularly through its Forest Resource Assessments (FRA) has a different definition of forest,11, 14 : land that has a minimum area of 0.5 ha and with a tree crown cover of more than 10%. The trees should be able to reach a minimum height of 5 m at maturity in situ. Urban parks, orchards, agroforestry systems and other agricultural tree crops are excluded from this definition.

It is noted from the above that even international organizations such as UNFCCC and FAO have not come up with a generally accepted unified definition of a forest. The FAO’s definition of a forest is commonly used and is a very broad classification of forest which makes mapping forests on a global scale a simple and uniform task.

Forest types according to FAO

While the broad classification of forest is used to delineate forest areas globally, FAO9 recognizes that there are different kinds of forest. The full description of forest and some of the major forest types are given in Table 1.

Table 1: Some types of forests classified according to FAO11

There are numerous classification of forests in the world. However, most people view forests as large wooded areas having a thick growth of trees and plants. At the technical level, the FAO’s broad definition of forest is often used for mapping to delineate forest areas globally. FAO recognizes that forest is not uniform and has distinguished  different types of forests based on their origin, status, structure and  composition.