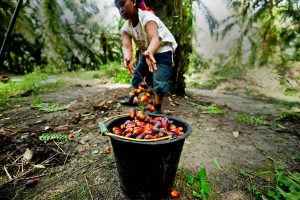 The  article by The Independent  (Shoppers’ thirst for palm oil threatens to wipe out orangutan, 23 May) is a sad misrepresentation of the current state of the Malaysian palm oil industry.

The Independent  was invited to attend a symposium on Sustainable Resource Development at the Institute of Directors on May 18, 2006. Malaysian Palm Oil Council officials, academics and forestry professionals from Malaysia and worldwide were present, including representatives from the Roundtable for Sustainable Palm Oil. None of the correspondents cared to attend. Instead The Independent’s  correspondent Martin Hickman recycles old allegations.

It quotes Ed Matthew, corporate responsibility campaigner for Friends of the Earth. At the symposium Mr Matthew admitted that the FoE report published in 2005 and claiming that palm oil was the cause of deforestation actually focused on a neighbouring country, not Malaysia.

The Independent  also quote a WWF statistic without corroboration or attribution. It is ironic that on the same day your article was published, the WWF and a Malaysian Palm Oil Producer signed a Memorandum of Understanding to further protect wildlife.

Palm oil cultivation in Malaysia covers four million hectares out of a total land area of 33 million hectares, of which 64 per cent is under forest cover. Palm oil, Mr Hickman claims, is a cheap oil seed alternative. This is a misnomer; oil palm is the highest yielding oil crop compared to the West’s subsidised fields of soy and rape. Palm oil is a key ingredient in providing nutrition to peoples of the developing world and more than 850,000 Malaysian smallholders and families depend on the crop for a livelihood.

Malaysia takes its commitment to conserve the habitats of the orang utan and other indigenous wildlife seriously. At the symposium the Malaysian Palm Oil Council launched a MYR$20 million fund to champion biodiversity worldwide. For a small country that is a big gesture which The Independent story also failed to mention. By rehashing old information The Independent , sadly, did not take its responsibility as seriously as Malaysia. That is regrettable because readers deserve better.